'These images hurt me': Mexico star speaks out on Trump's family detainment policy at US border 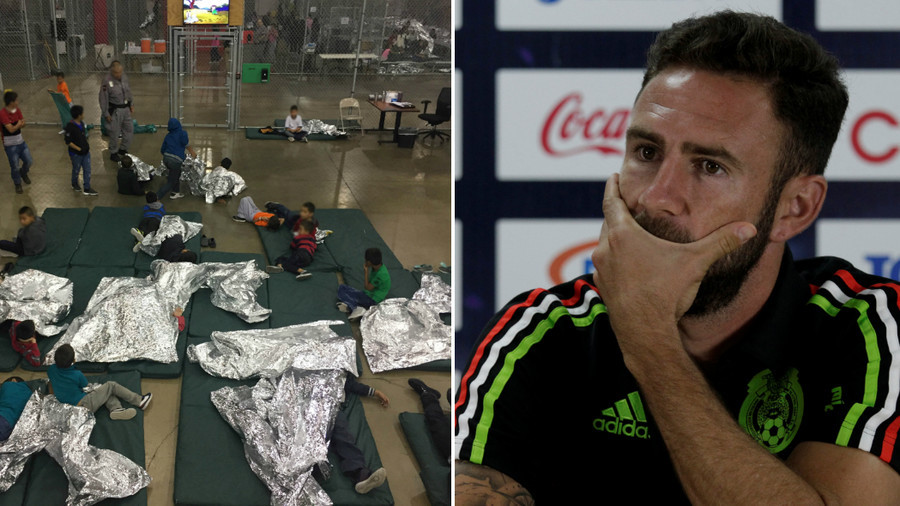 Mexico World Cup player Miguel Layun has called to raise awareness of the immigration crisis at the Mexico-United States border, where US President Donald Trump has called for immigrant families to be apprehended.

"These images make me sad, they hurt me...We aren’t all parents, but we are ALL sons or daughters. Let’s raise awareness," Layun wrote in Spanish on his Instagram account on Thursday.

On Thursday, the Pentagon announced that the United States is preparing to shelter as many as 20,000 migrant children on four American military bases, per the Washington Post.

President Trump signed an executive order on Wednesday to keep families together after they cross the Mexican border illegally, but also to detain them at the same location.

The order was aimed at preventing families from being separated from each other upon detainment after entering the United States illegally.

However, it was also reported that federal officials are struggling to keep families together after they enter the country, and children are often separated from their parents during the process.

We must maintain a Strong Southern Border. We cannot allow our Country to be overrun by illegal immigrants as the Democrats tell their phony stories of sadness and grief, hoping it will help them in the elections. Obama and others had the same pictures, and did nothing about it!

Trump tweeted that the US had to maintain a "strong southern border," going on to add that the US "cannot allow our Country to be overrun by illegal immigrants."

Earlier this week, Layun had posted images of a distressed child on Twitter with the same caption calling for awareness to be raised of the immigrant crisis.

Full-back Layun, 29, was instrumental in his side’s shock 1-0 defeat of world champions Germany at Luzhniki Stadium on Sunday. Currently plying his trade for Spanish club Sevilla, on loan from Portuguese club Porto, the player is reportedly a target for English Premier League team Arsenal.