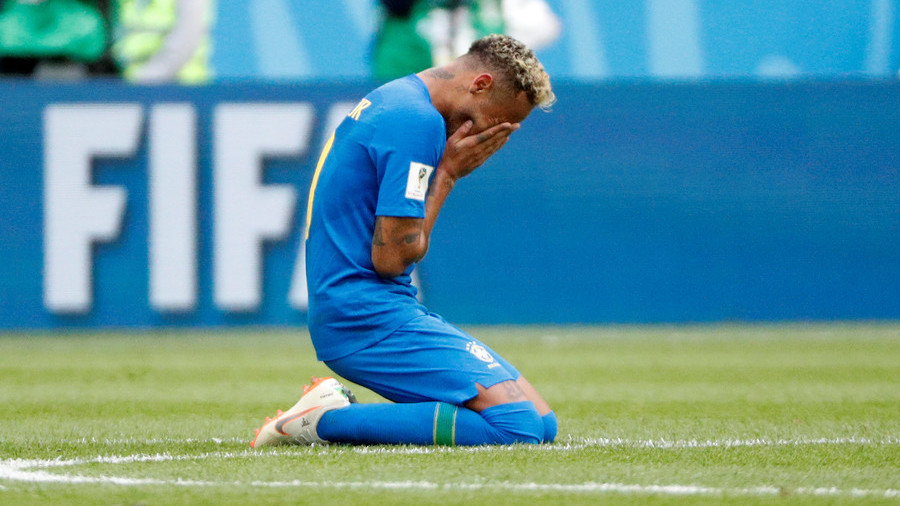 This World Cup is Neymar's personal melodrama, and the audience were treated to a passionate performance from the Brazil forward, who salvaged an afternoon of frustration and ridicule with a goal that brought on a bout of tears.

Still off the pace after recovering from a late-season club injury, Neymar compensated what he lacked in touch with unbridled emotion, as he repeatedly engaged in physical tussles, followed by remonstrations with the Costa Rican defenders in their Group E encounter in St. Petersburg on Friday.

Neymar did not appear to have forgotten the Spanish he learned while at Barcelona, as he rained down with an easily-decipherable torrent of verbal abuse during the simultaneous face-clutching sessions that punctuated the match.

The climactic act came with the 78th minute penalty appeal, in which a slight shirt tug seemed to haul down the PSG man with a half-second delay. As he lay down on the floor, starfish-like, the referee appeared to buy the appeal.

Though not so much those online - or the ref, after VAR reversed the initial penalty award.

All that’s missing is the Matrix cape... #Neymar #BRACRC pic.twitter.com/afgUoi00Gv

BREAKING: Neymar looks heartbroken as his penalty is revoked after VAR review. pic.twitter.com/EYYxA758mF

Just when the histrionics appeared to have failed the talismanic striker, Brazil made a breakthrough, with Philippe Coutinho providing the winner. Three minutes later, Neymar sealed the 2-0 win with a redirected effort.

As the final in the second Group E whistle went, emotions appeared to overwhelm Neymar, who collapsed on his knees, crying as he prayed.

Neymar cried at full time realising that the VAR will be watching every move he makes like the police.

But with Brazil still five matches away from their sixth World Cup, concern is growing over Neymar's ability to handle the vagaries of fate still to be handed to him at Russia 2018.