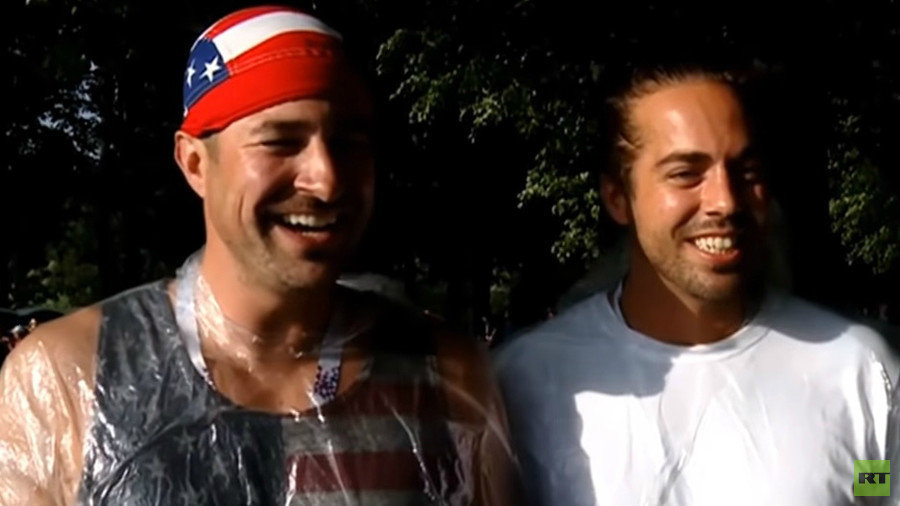 The US team might not have made the World Cup this summer but that has not stopped American fans from traveling to Russia, despite the backdrop of political tensions and warnings of a hostile reception.

Jonathan and James from Omaha, Nebraska, are two such cases, and were in St. Petersburg on Tuesday to watch World Cup hosts Russia take on Egypt in their crucial Group A match.

The pair were defying the notion that Russia and the US are foes, and were backing the home team.

“We’re cheering for Russia,” said James, who was wearing a Stars and Stripes vest and bandana.

“Because the USA didn’t make it, we want to support the home team,” Jonathan added.

It’s the pair’s first trip to Russia, and they have been impressed with that they’ve seen.

“The people are very nice, the food’s great, the weather is now amazing, so it’s very good,” Jonathan said – as the skies cleared in St. Petersburg after a sudden downpour had drenched those on the way to Tuesday’s game.

The pair are also planning to visit Moscow on their Russian adventure, and have not been put off by some of the negative reports in the press back home.

“We think that’s propaganda between the governments, the people we like each other,” James said.