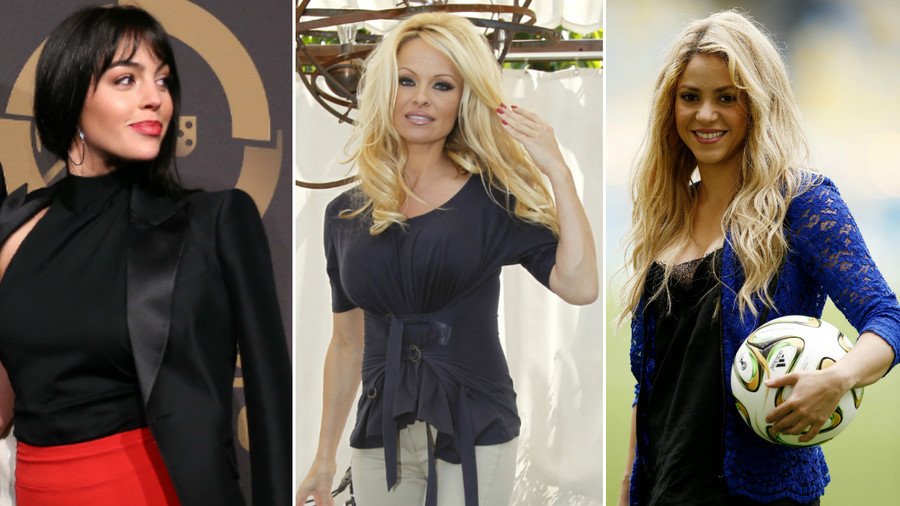 A lot of famous faces will be on display throughout the World Cup but not all of them will be on the pitch, as a host of the world’s most famous models, singers and film stars descend on Russia to cheer on their other halves.

The likes of Pamela Anderson, Shakira and Cristiano Ronaldo’s model girlfriend Georgina Rodriguez are among those expected to attend the tournament in support of their sporting beaus this summer but who else can you expect to catch a glimpse of in the next few weeks?

We’ve had a look at some of the best known WAGs who will be attending the festivities in Russia over throughout the World Cup.

The former Baywatch babe has had a host of famous suitors over the years but nowadays she is shacking up with tough-tackling French defender Adil Rami.

The ‘Hips Don’t Lie’ singer has two children with Barcelona and Spain’s Gerard Pique, having met while shooting a music video in advance of the 2010 World Cup.

24-year-old Spanish model Georgina Rodriguez recently had her first child with the five-time Ballon d’Or winner Cristiano Ronaldo and is a permanent fixture at practically all of the Portuguese player’s games.

Childhood sweethearts Lionel Messi and Antonella Roccuzzo have known each other since they were five years old, before making their relationship official a decade ago. Roccuzzo currently has three sons with the Argentinian ace.

An actress best known for a successful series of television and movie appearances in her native Brazil, Marquezine has been an on-off girlfriend of Brazilian playmaker Neymar.

Socialite Rebekah Vardy and England striker Jamie Vardy have been an item since 2014 after meeting at a nightclub and she currently has two children with the Leicester City man.

Robert Lewandowski isn’t the only world class athlete in his household as his wife Anna is a multiple time medalist in the World Karate Championships and a national celebrity in their native Poland in her own right.