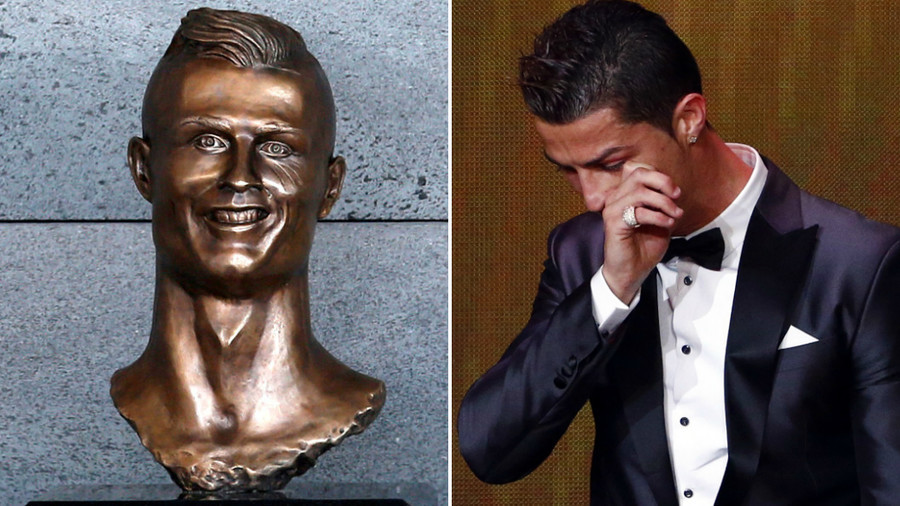 It was the bust that spawned a thousand memes, but it has now disappeared into obscurity. That’s right, the Cristiano Ronaldo sculpture at Madeira Islands airport is no more.

With the eyes of the footballing world firmly fixed on Russia, the opportunity has been taken to remove the much-maligned statue and replace it with something more akin to the Real Madrid and Portugal star.

The original bust had been unveiled at the airport last year during its renaming ceremony in honor of the island’s most famous son. However, the work by Emanuel Santos prompted instant derision over its distinct lack of similarity to its intended muse.

READ MORE: The 3 best moments of the World Cup so far... and they are all Ronaldo

As Ronaldo was performing his hat-trick heroics in rescuing Portugal in their opening World Cup game in Sochi on Friday, the bust was swapped with something a bit closer to the intended target.

While Ronaldo’s family confirmed they had requested the switch, it has prompted plenty of lament for something which came to be seen as a classic of its genre.

One internet user even tweeted ‘RIP legend’ in regret.

😂 There's a petition on https://t.co/4zjlmyrcmm titled 'Petition for the immediate return of Cristiano Ronaldo's bust to Madeira airport, an attraction for our island. New one unacceptable.'

Ronaldo continues his World Cup campaign with Portugal against Morocco on Wednesday, but will have a more familiar face staring back at him when he arrives on Madeira.