‘Couldn’t believe it was happening’: 12yo football fan with Down syndrome opens World Cup (VIDEO) 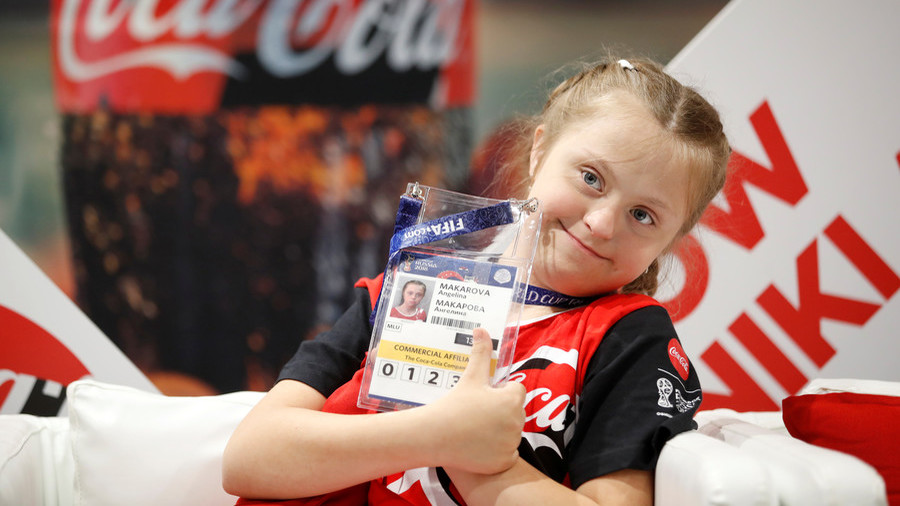 Angelina Makarova was the first person on the pitch at Luzhniki Stadium for the opening match of the 2018 World Cup, and helped conduct the coin toss ahead of Russia’s victory.

Angelina, 12, who suffers from Down syndrome, was picked by the organizers to take part in the ceremony because she herself is a keen swimmer and football fan.

“To be honest I was perplexed at first when I was told, then I couldn’t believe it,” her mother, Olga, who has four other children, told the RT crew. “But when the official confirmation arrived, I became anxious with anticipation.”

But all it took for Angelina is one dress rehearsal involving a plastic coin. The real thing went without a hitch and afterwards, Angelina took pitchside photos, and chanted “Go Russia!” as the home side romped to a 5-0 victory.