'Cane you kick it?' England captain depicted on Matryoshka doll, but spelling hits the bar 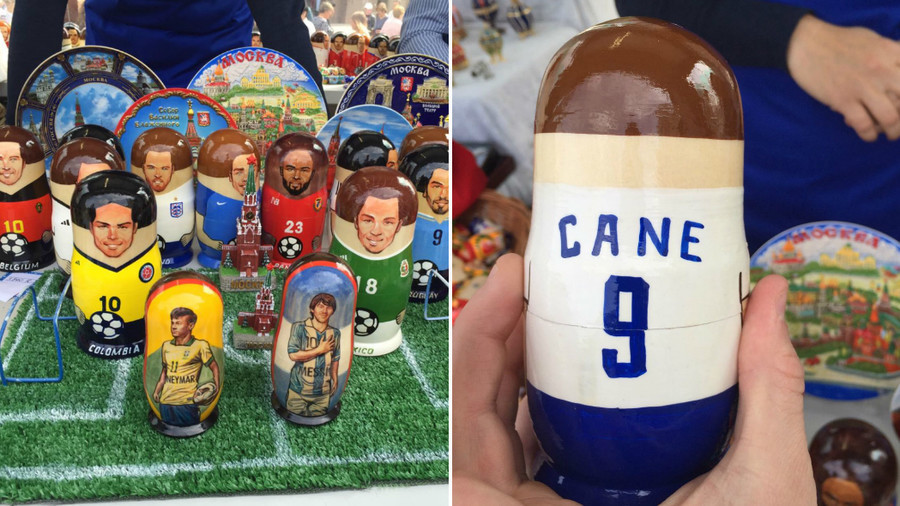 England captain Harry Kane has been honored with his own Russian doll in Moscow. But the spelling of his name leaves a lot to be desired.

Kane is one of a number of players to be depicted as a Russian doll – known as matryoshkas – as the country gets ready for the World Cup.

The dolls have popped up near the city’s iconic Red Square, and also feature Colombia’s James Rodriguez and current world champions Germany, complete with a mini football pitch.

England kick off their World Cup campaign against Group G rivals Tunisia in Volgograd on Monday.