‘Mustache of hope’: Russians sprout facial hair in support of team ahead of World Cup 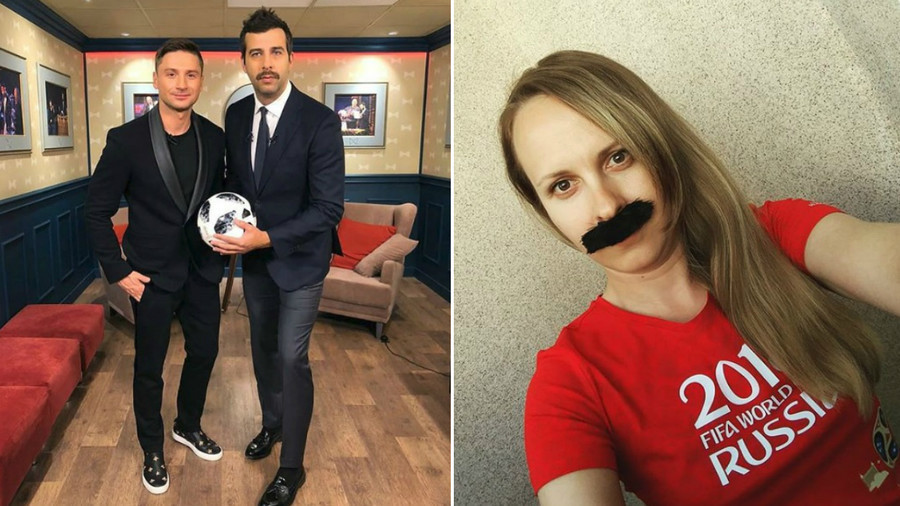 Cherchesov, a former international goalkeeper who played for the USSR and Russia, is famed for his signature mustache which has become an inseparable part of his image.

On June 6, Urgant launched a nationwide campaign asking internet users to grow Cherchesov-style mustaches to root for the national football team, which will open the World Cup on Thursday in a game against Saudi Arabia.

“Team manager Stanislav Cherchesov needs our support. Everything is against him, including forecasts, weather, physical laws, some footballers’ anatomy and even simple logic!” Urgant wrote on his Instagram page.

"We call on all the fans to grow mustache and share the pictures on social media under the hashtag #MustacheOfHope.”

The idea of appearing with moustaches rapidly gained momentum in Russia as hundreds of pictures poured in on social media showing football-lovers' Cherchesov-style facial hair.

The leader of the right-wing Liberal Democratic Party of Russia (LDPR), Vladimir Zhirinivsky, joined the flash mob saying that “we need to support our national team despite all the mistakes and problems.”

Cherchesov has been criticized following a poor run of form which sees the team head into its home World Cup without a win in seven games.