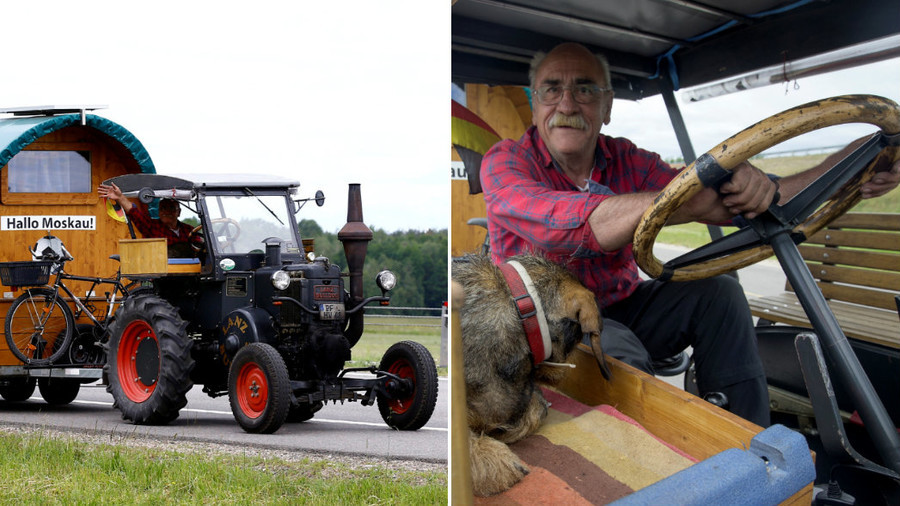 Around 1.5 million tourists are expected to visit Russia during the World Cup, with one million of those set for Moscow alone, but none of them will have a journey quite like that of one German fan and his loyal dog.

German fan Hubert Wirth, 70, was spotted driving a vintage 1920’s-era tractor, towing what witnesses described as a “house on wheels” behind him in the direction of the festival of football.

It will take him some time to complete the trek to the tournament, as the top speed of his vehicle appeared to be no more than 30 kilometres per hour, according to observers. Depending on his whereabouts in Belarus, the German fan could have as many as 1,000 more kilometres to travel before reaching his destination.

“His mode of transportation caused delight, surprise and, of course, pity; poor man, the tractor is so slow,” a witness told Abw.by.

Another witness described the tractor as “look[ing] like a beer van but is in fact a house on wheels”, videotaping the spectacle as it made its way across the Polish/Belarusian border.

“The championship is coming soon, we need to help him get there. The main thing is for his Bulldog [tractor] to make it.”

Russia World Cup 2018 begins on June 14 - so this is one fan who faces a literal race against time to be ready for the kick off.