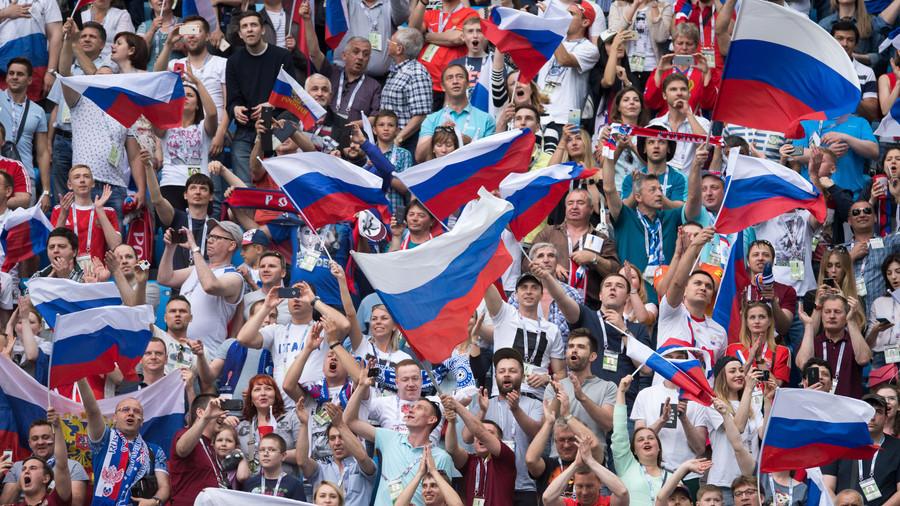 The sound of drilling and hammering fills the air sporadically, as a mass of metal rises from the ground and various installments start to take shape. The site is being transformed into Moscow’s official Fan Fest zone – one of the focal points in the Russian capital for this summer’s FIFA World Cup.

I checked out the FIFA Fan Fest zone in #Moscow to see how it's shaping up ahead of #Russia2018. Watch the clip for more info 👇📽️▶️ pic.twitter.com/XKyI5yLKxo

Since they were introduced in 2006 in Germany, the Fan Fest areas have – quite literally – been a roaring success, and have become an integral part of the World Cup experience.

Thousands of fans congregate to watch all the World Cup action live on the giant screens at the venues, as well as enjoy a host of other entertainment such as music and cultural events.

The areas are free for all fans to enter, and gather a kaleidoscopic mix of supporters, both local and foreign. For those without match tickets, they are often seen as the next best way to take in all the World Cup action in a colorful, vibrant setting.

In the past three World Cups, an estimated 30 million fans have visited the zones, and the organizers are hoping Russia 2018 will add significantly to those numbers.

In the Russian capital, organizers have selected the stunning backdrop of the Moscow State University – one of the most distinctive elements of the Russian capital’s skyline – as the setting for fans to congregate during the tournament.

Although the choice has been met with protest by some at the university, who see it as bringing disruption to the institution’s everyday life, especially during exam season, others see the site as ideal.

The site stands on top of a hill overlooking the Moscow River, on the opposite bank of which is Luzhniki Stadium – where the World Cup opening game and final will be played, among a total of seven matches.

The Fan Fest area is also just a short journey to the center of the city, which can be reached via the ‘Universitet’ Metro station, a 15-minute walk away.

Moscow's FIFA Fan Fest zone is not far from Luzhniki Stadium, which will be at the heart of much of the World Cup action this summer © Dmitry Golubovich © Global Look Press

Elsewhere in Russia, other iconic Fan Fest locations have been selected for supporters to revel in the World Cup action.

In Sochi, 10,000 people will be able to gather at the city’s historic seaport, while the venue in Nizhny Novgorod will welcome 15,000 fans to Minin and Pozharsky Square at the heart of the city.

In St. Petersburg, fans will have the backdrop of the stunning cupolas of the Church of the Savior on Spilled Blood, and supporters in Volgograd will be able to congregate near the shores of the Volga to take in the World Cup buzz.

🇷🇺 An iconic location in every host city 😍 Check out some of the #FIFAFanFest sites for Russia 2018! 🙌 How much are you looking forward to it? Just 18 days to go! 🏆😁 pic.twitter.com/iCr25RqMaN

“The FIFA Fan Fest will be the perfect opportunity for each of our host cities to show the world their unique culture and friendly hospitality,”  said 2018 FIFA World Cup Local Organizing Committee chief Alexey Sorokin.

“These venues will serve as informal and joyful meeting points, from where I am sure fans will take some of their best memories from the amazing event we will host in 2018.”

As the work continues across Russia to construct the Fan Fest zones ahead of kick-off on June 14, organizers know they are also building the stage for fans to celebrate, commiserate, and share every emotion in between.