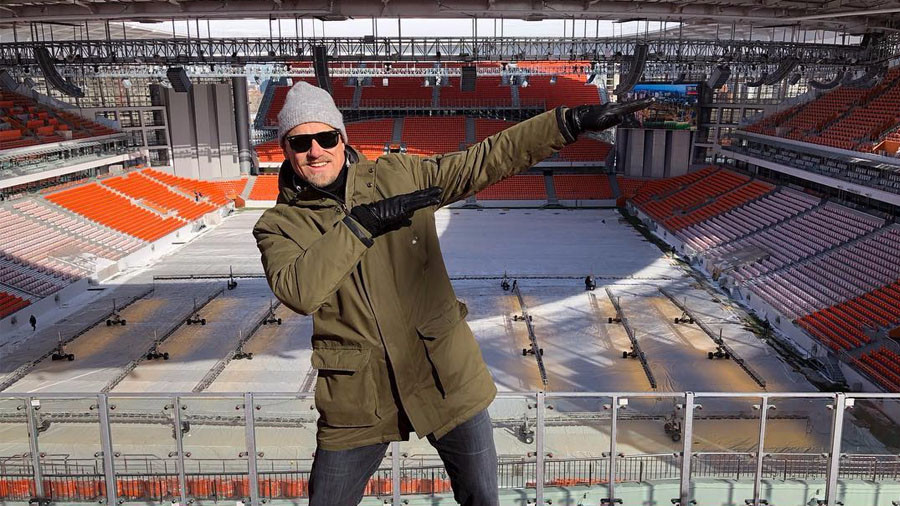 Goalkeeping great Peter Schmeichel has teamed up exclusively with RT to provide you with a unique, in-depth look at preparations for the Russia 2018 World Cup.

The ‘Great Dane’ will be delving into major footballing issues in the build-up to the World Cup, and will visit each of the Russia 2018 host cities, taking a look at the quirks and beauty of the country, its football fans and its stadiums – all of which are ready to welcome this summer’s festival of football. Peter and RT will bring you football in a way no other network can – with a combination of joy, anguish, comedy, drama, politics and real-life stories.

Here in Russia: The Great Dane @Pschmeichel1 – filming all 11 host cities. Follow https://t.co/e2GqZBucOT on Instagram for behind the scenes action pic.twitter.com/ZNOzCPa4Xl

A veteran of the France ‘98 World Cup, Peter will share his football expertise acquired through a glittering career in which he won 129 international caps, five Premier League titles, three FA Cups, one Champions League title, and a UEFA European Championship – all for his brand new program, only on RT.

In the first episode of the show, Peter goes to Nizhny Novgorod, which will host six matches at the upcoming World Cup.

The city is famous for its GAZ car factory, which was founded in 1932 as a cooperative enterprise between Ford and the Soviet Union. Now, 86 years later, it's a modern car factory which produces trucks, buses, cars, vans and even racing trucks – one of which was tested by the former goalkeeper.