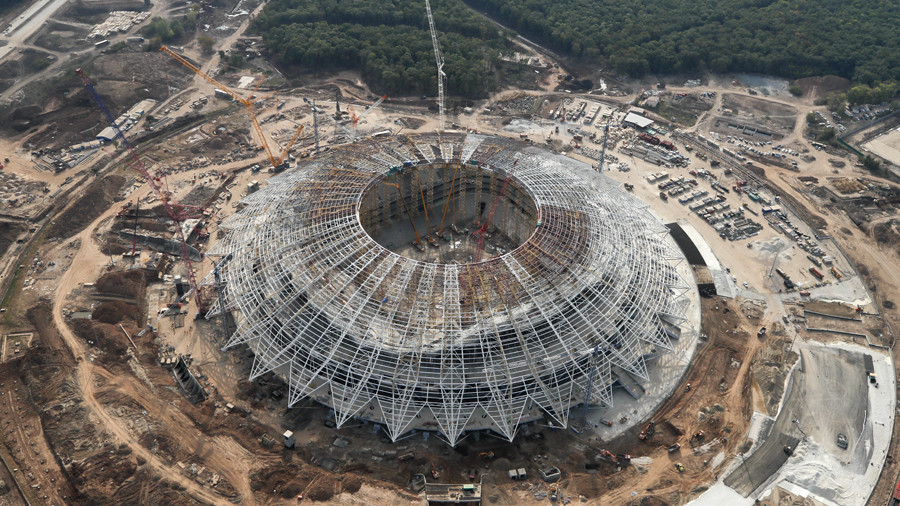 The World Cup 2018 stadium in Samara - also known as Cosmos Arena - that will host a group game between hosts Russia and Uruguay is still behind schedule, according to world football governing body FIFA.

Home nation Russia will meet the South Americans on June 25, but FIFA is adamant that huge work is still required on Samara Arena, one of 12 host venues for this summer’s tournament, where the pitch has yet to be laid.

The first match at the 45,000-seat venue will be the Group A match between Costa Rica and Serbia, which is one of four group-stage matches, a last-16 tie and a quarter-final scheduled for the stadium.

Reuters reports that construction work has been hit by a number of setbacks in recent months, putting authorities under additional pressure to deliver a proper venue for the tournament.

"Over the course of this project, we have spoken about delays in Samara," FIFA Chief Competitions and Events Officer Colin Smith told reporters at the venue on Wednesday.

"Those delays are still evident now even though... a lot of progress has been made. There is a huge amount of work to be done. We would expect further progress than this," Smith said.

"But what's important to us is that the stadium is commissioned on time, then we have the use of the stadium and we can install all our temporary overlay and equipment that we need for the World Cup."