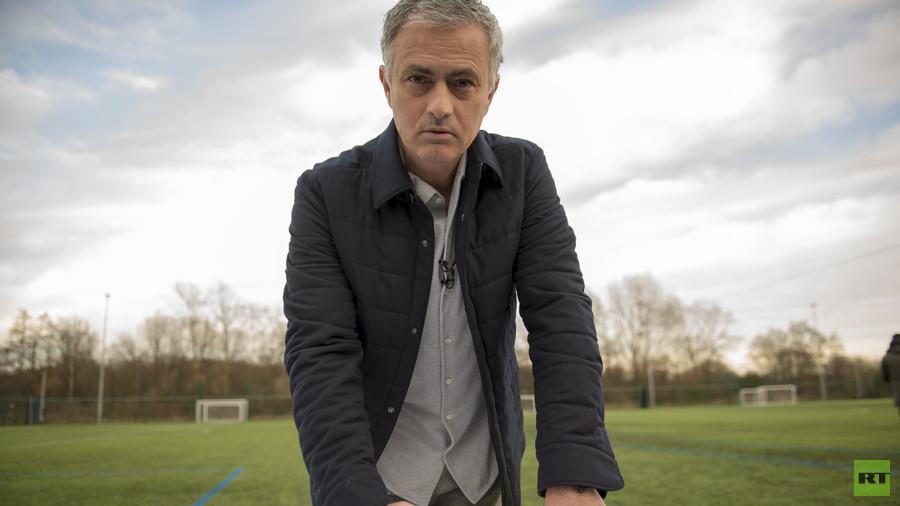 Named FIFA World Coach of the Year in 2010, Mourinho boasts one of the most outstanding coaching resumes in world football. He will be in Moscow to share his expert analysis and predictions for the tournament with the network’s vast global audience.

“I am very happy to join the team at RT. I am looking forward to attending the World Cup in Russia this summer and sharing my insights into the games,” Mourinho said of the partnership with RT.

The two-time UEFA Champions League winner achieved fame in his native Portugal with FC Porto, before moving to England with Chelsea and later going on to manage La Liga’s Real Madrid, and Serie A side Inter Milan.

“We continue to put together the RT dream team. Now we have a coach,” said RT Editor-in-Chief Margarita Simonyan of Mourinho’s acquisition.

The charismatic coach will take the reins of RT’s specially-assembled World Cup team and will link up with legendary United goalkeeper Peter Schmeichel, who became part of the RT team in late 2017.

Schmeichel won five Premier League titles, and three FA Cups and one Champions League during a glittering career at United, as well as the 1992 European Championships with Denmark, keeping a clean sheet in the final versus Germany. Nicknamed ‘The Great Dane’ during his playing days, Schmeichel will host a sports commentary series in the run-up to and throughout the World Cup. Throughout the series he will discuss the most important events in global football, as well as visit all World Cup host cities; delving into the small details of the preparations and environment around the games.

In the lead up to Russia 2018, RT has launched a special multimedia project dedicated to all things World Cup, comprising a website complete with match schedules, player info and current standings, as well as news and exclusive interviews with sports stars. The site is available in Russian, English, Spanish and Arabic. During the tournament, the site will provide live text commentary of the games and stories from RT reporters.