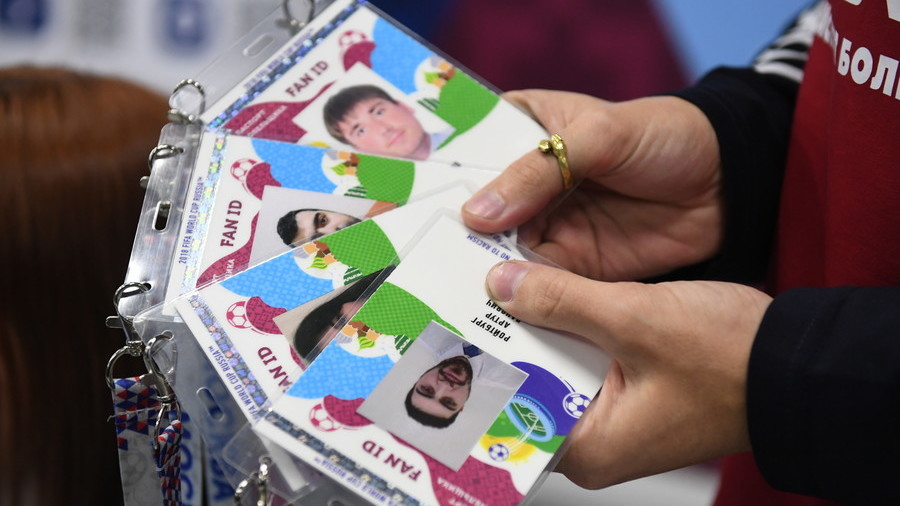 The first FAN ID needed for foreign football fans to attend the FIFA World Cup in Russia has been issued in Finland. The lucky fan is a Finnish national who plans to attend the event with his family.

The ceremony of handing over the document was held in the Russian Science and Culture Center in the Finnish capital of Helsinki. The man, who TASS identified as Jouko, is a local football fan, who had already planned his trip to Russia and even bought the tickets. The owner of the first FAN ID also received a certificate for a Russian language crash course organized by the center.

“My daughter and my grandson, who also plays football, will go there [to Russia] with me,” Jouko told TASS, adding that he is eager not only to attend the World Cup matches, but also to see the Russian city of St. Petersburg, where he visited “decades ago.”

FAN IDs are obligatory for each fan attending matches at the World Cup. They provide visa-free entry to Russia from 10 days before the opening match to 10 days after the final. Foreign football fans can get their documents at Science and Culture centers (Rossotrudnichestvo) in Finland, as well as in four other countries: Germany, Spain, Italy and Serbia.

FAN IDs can also be obtained by mail and in several VFS Global visa centers. Fans can chose a delivery method and address for their document by submitting an application on the specially created FAN ID website. Earlier, Russian Communications Minister Nikolay Nikiforov said that the World Cup organizers plan to issue as many as two million FAN IDs.

The FAN ID system was successfully tested at the 2017 Confederations Cup last summer, and will offer fans additional benefits such as the free use of public transport within and between World Cup host cities. The World Cup will be held between June 14 and July 15, 2018, and will be staged at 12 stadiums located in 11 Russian cities: Moscow, St. Petersburg, Kazan, Nizhny Novgorod, Saransk, Sochi, Kaliningrad, Ekaterinburg, Rostov-on-Don, Volgograd and Samara.