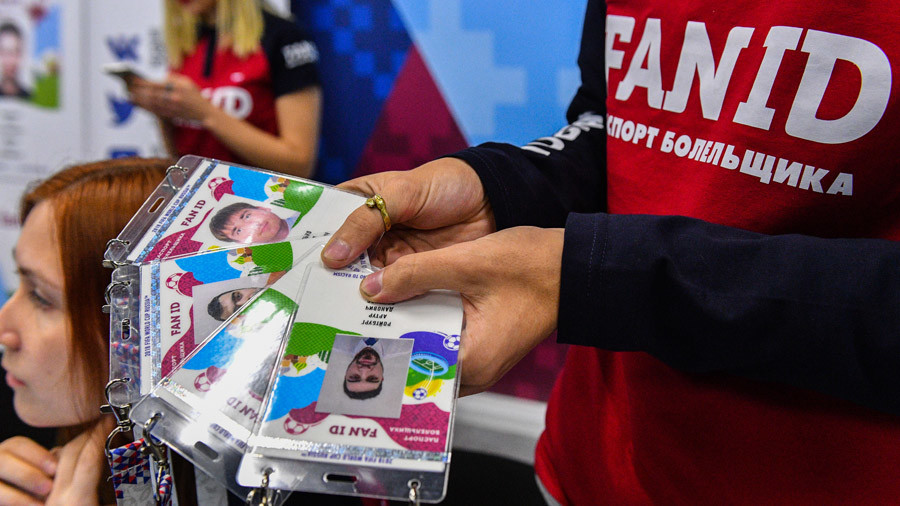 Football fans on the Crimean peninsula wishing to attend games at the Russia 2018 World Cup next year cannot apply for tickets through the official FIFA website.

The issue was raised by Russian Sports Ministry deputy Natalya Parshikova at a meeting of The State Duma Committee on state construction and legislation on Wednesday, Interfax reported. Parshikova advised fans wanting to watch matches at the tournament to check if their place of residence is officially recognized on the FIFA official site.

“The ticketing programme [is] worked-out by FIFA and, on its site, you can find Georgia but not Crimea. Therefore, for residents in Crimea, the sale of tickets has been organized through the Russian Football Union (RFU) site," Parishkova said, Interfax reported.

“In relation to Kosovo, Abkhazia and Ossetia, you need to see whether your country is recognized by FIFA or not. If it is not recognized, then [fans] cannot buy tickets on the FIFA website. Also, for residents of Crimea, there is no sale of tickets through their national federations,” the official added.

The second phase of ticket sales is currently underway, having opened on December 5, and will run until January 31. Fans have the chance to submit applications for matches during the random-selection procedure, including for packages that follow teams through the stadiums. A total 318,109 tickets were requested on first day and a further 742,760 tickets were issued upon completion of the first stage of ticket sales, on November 28.

As well as match tickets, fans intending to attend games at Russia 2018 will require ‘FAN IDs’, which will provide stadium access for all fans, as well as visa-free entry to Russia for foreign visitors.

READ MORE: Russia to kick off 2018 World Cup against Saudi Arabia in Moscow

The first FAN IDs were delivered by 'Pochta Rossi' [Russian Post] this week. Those who have been issued FAN IDs will receive their permits through first class, small parcel delivery.

The 2018 World Cup, the first to be held in Russia, will take place from June 14 to July 15, in 12 host venues located in 11 Russian cities. Host nation Russia will kick off the action in the opening match versus Saudi Arabia at the newly-refurbished Luzhniki Stadium.