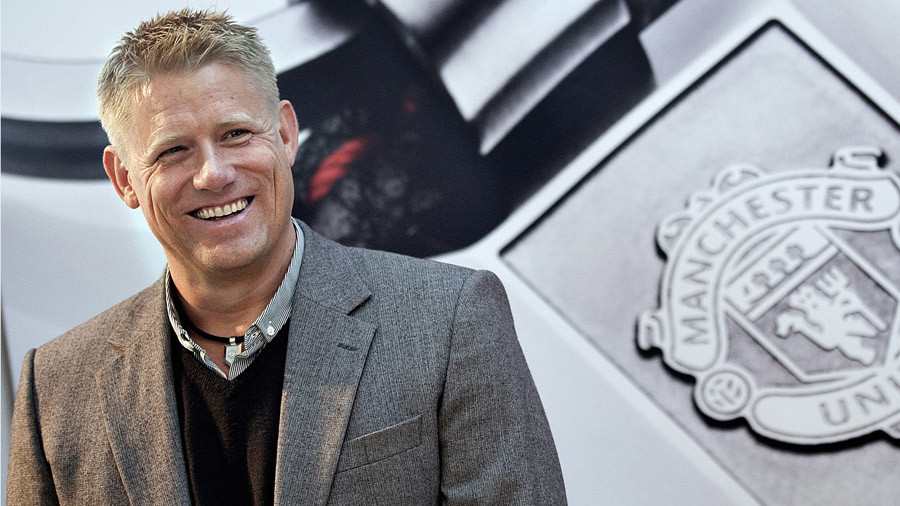 Schmeichel, nicknamed the ‘Great Dane’ during his playing days, will also host a new RT sports show covering major events in the world of football ahead of the World Cup, which will be held in Russia for the first time from June 14 to July 15 next summer.

Delighted to announce I’m joining @RT_com as the new host for their @worldcup coverage. Lots of exciting things to come.. pic.twitter.com/Ro8SIWdze1

Known for his imposing presence and freakishly quick reflexes that helped him win five Premier League titles during an eight-year career between the sticks at United, Schmeichel has also become a respected pundit since hanging up his gloves and will now team up with RT to provide his opinion on all things football.

“I joined RT because together we will not only explore the host country of the 2018 World Cup as I see it, but will also show you football as no other network would – a combination of joy, anguish, comedy, drama, politics and real-life stories,” Schmeichel said.

“I’m excited to undertake such a challenging yet interesting project with RT, and deliver my reports from Russia and across the world to the network’s global audience.”

Schmeichel and RT’s Neil Harvey will co-host the final draw coverage from a special RT studio set up from the State Kremlin Palace. The draw will be hosted by former England ace Gary Lineker and RT’s very own Maria Komandnaya, together with eight FIFA draw assistants, including Argentina legend Diego Maradona. An array of other football stars and officials will also be in attendance.

In preparation for the tournament, RT will launch a special multimedia project to cover the 2018 World Cup: a website complete with the match schedule, player info and current standings, as well as news and exclusive interviews with football stars. In keeping with RT’s global reach and appeal, the site will be available in Russian, English, Spanish and Arabic. During the World Cup, the site will provide live text commentary of the games and stories from RT reporters.

Schmeichel will also be hosting a new football commentary show on RT, sharing his thoughts on World Cup matches and events, as well as visiting each of the tournament’s host cities and stadiums to provide in-depth coverage from the Russia 2018 frontline.

“I joined RT because together we will not only explore the host country of the world’s biggest football event, as i see it with my eyes, but will also show you football as no other network would - a combination of joy, anguish, comedy, drama, politics and real life stories” pic.twitter.com/u3RrAIV0b2

Keeper Schmeichel amassed 129 appearances for Denmark in an international career which spanned three decades from 1987 to 2001, playing in every game of their Euro 92 triumph in neighboring Scandinavian country Sweden.

He also captained Manchester United in their 1999 Champions League final success over Bayern Munich, which helped the team complete an historic treble of Champions League, Premier League and FA Cup trophies that season.

At Old Trafford, he became a cult favorite for his conspicuously red nose in cold weather and also for his ‘starfish’ save he perfected while playing handball in Denmark. His son, Kasper Schmeichel, is goalkeeper for Leicester City, with whom he also won the Premier League, and will be playing at Russia 2018 as Denmark’s first-choice ‘keeper.

Denmark will be in Pot 3 when the Final Draw is made in Moscow on Friday, and Schmeichel Sr. has already said he would like to see his country drawn with Poland, Peru and Panama.

Join RT and the man himself to find out if he gets his wish.