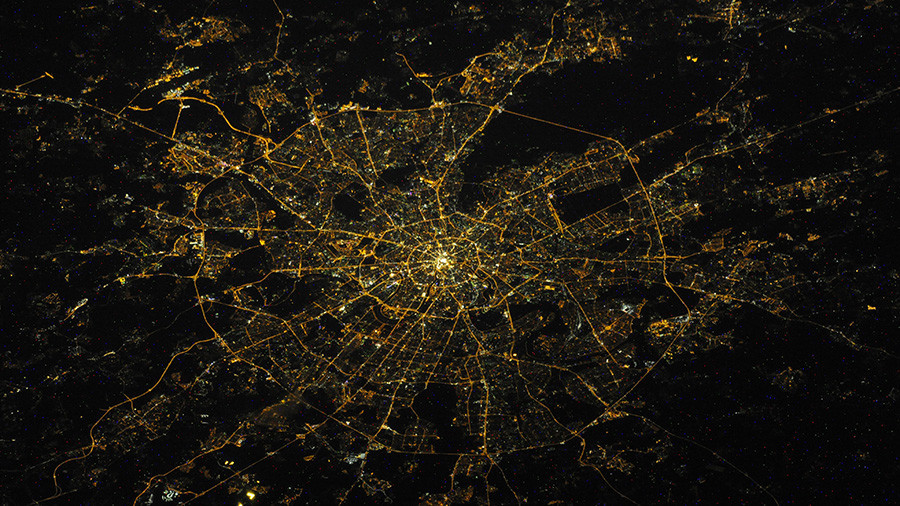 Russian cosmonaut Oleg Kononenko has captured night-time images of FIFA World Cup host cities from the International Space Station (ISS) that are quite literally out of this world.

The dazzling photos of the 11 host cities will be used for a unique football calendar to be issued for the tournament next summer.

In his free time during his third trip to space, Kononenko managed to capture beautifully lit past and future World Cup host cities from the ISS.

However, the task isn’t as easy as you might think, as the station travels over Earth’s surface at a speed of 8km per second, which means the photographer needs to know the precise coordinates of a site in order to capture it in time.

The images, released on Monday, are to be used in a special football calendar featuring past and future host cities, including the 2018 FIFA World Cup in Russia’s Moscow and Samara, as well as New York, Paris, Milan, London, Rio de Janeiro, Santiago, Lisbon, Barcelona, Tokyo and Stockholm.

The cosmonaut says he cannot resist taking pictures of Earth, as he “wants to show how beautiful it looks from space and what an amazing planet we live on.”