Kazan coat of arms
Kazan, located on the bank of the Volga River, is one of the biggest cities in Russia. The capital of Tatarstan is a melting pot of cold winters and hot summers, Muslim mosques and Christian churches, places of old and Innopolis; the science town.

Kazan, known as the unofficial third capital of Russia, has always been in the vanguard when it came to development. Every year it welcomes people who come seeking new impressions and experiences. Kazan is often referred to as Istanbul-on-Volga, because it’s where you can go up bell towers and minarets and see Asia and Europe coexisting peacefully.

If you ever go to Kazan, make sure to try traditional Tatar cuisine – like delicious chak-chak, made from dough cut and rolled into small balls, which are then deep-fried in oil and drenched with hot honey. The Kazan Kremlin is an architectural complex dating back to the Volga Bulgaria era and declared a World Heritage Site. It was rebuilt at the behest of Ivan the Terrible on the ruins of the former castle of the Kazan khans. The Annunciation Cathedral built in the 16th century and the recently rebuilt Qol Sharif, the largest mosque in Europe, are located on the Kremlin grounds.

With its cozy parks, numerous religious constructions and white limestone walls erected in the 16th and 17th centuries, the Kazan Kremlin is the perfect place for a relaxed stroll on a sunny day.

Söyembikä Tower, located on the grounds of the Kazan Kremlin, is one of the city’s most prominent landmarks. This leaning tower has its own legend: it goes back to the 16th century and says that after defeating the Khanate of Kazan, Tsar Ivan the Terrible wanted to marry the Khan’s beautiful cousin, Söyembikä. The proud young woman accepted the Tsar’s proposal on the condition that he would build the tallest tower in the world. Once the construction was completed, she threw herself down from the highest tier.

Built in 1722, Saints Peter and Paul Cathedral is a true embodiment of the 17th century Russian baroque. Even though it’s being partly under reconstruction, the cathedral is still worth visiting – one can admire its colorful decoration and a beautiful view from its stairs..

The Temple of All Religions

The Temple of All Religions, or the Universal Temple, has an Orthodox church, a Catholic church, a mosque, a synagogue and a Buddhist temple combined in it. Objects of faith belonging to 16 religions, including those practiced by lost civilizations, are kept there. The construction of this architectural complex began in 1994 on the initiative of local artist, architect, sculptor and philanthropist Ildar Khanov. Even though the Temple located rather far from the city center, it is worth taking a ride to.

The Farmers’ Palace, currently housing the Ministry of Agriculture of Tatarstan, is located opposite the Kazan Kremlin. Erected in 2010, it is an example of eclectic architecture; combining classic elements with modern perspective, the Palace’s structure has an iron tree in its middle.

While Moscow is famous for its Arbat Street, Kazan’s main pedestrian artery is Bauman Street. It boasts a lot of stores and restaurants and is very popular among young people and tourists. Bauman street is a perfect place to buy souvenirs, taste tatar cuisine, listen to some street music and simply enjoy Kazan’s vibrant atmosphere. 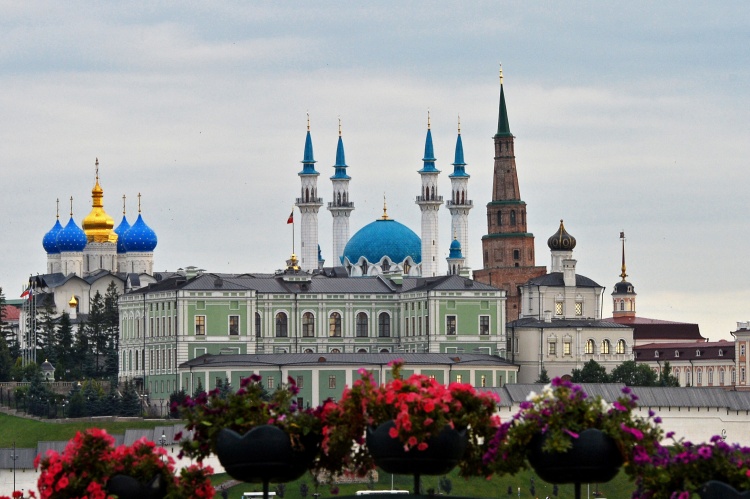 The city has a metro system, buses, trams, trolley buses and taxis for the convenience of both tourists and locals. Public transport fare is 25 rub per ride.

More than ten bus routes will be stopping by the Kazan Arena stadium. Fans with tickets and FAN IDs on them can ride the buses free of charge.

The journey from Moscow to Kazan takes about 1.5 hours by plane and about 12 hours by train, car or bus. The fans who bought tickets for a match can get train tickets free of charge.

Did you know that? 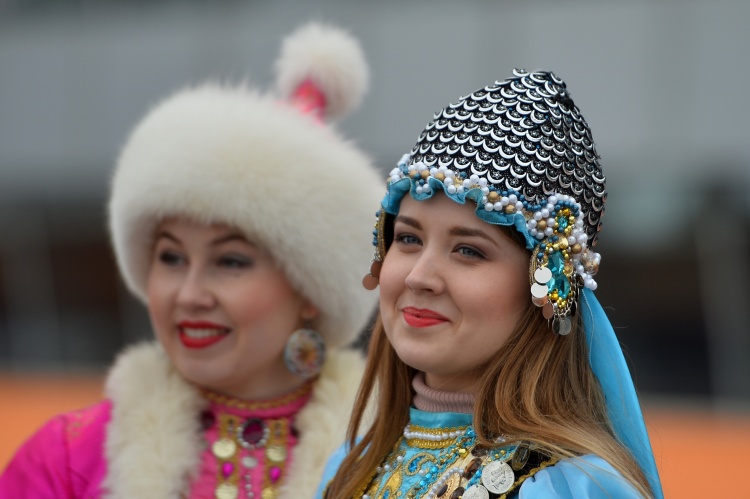