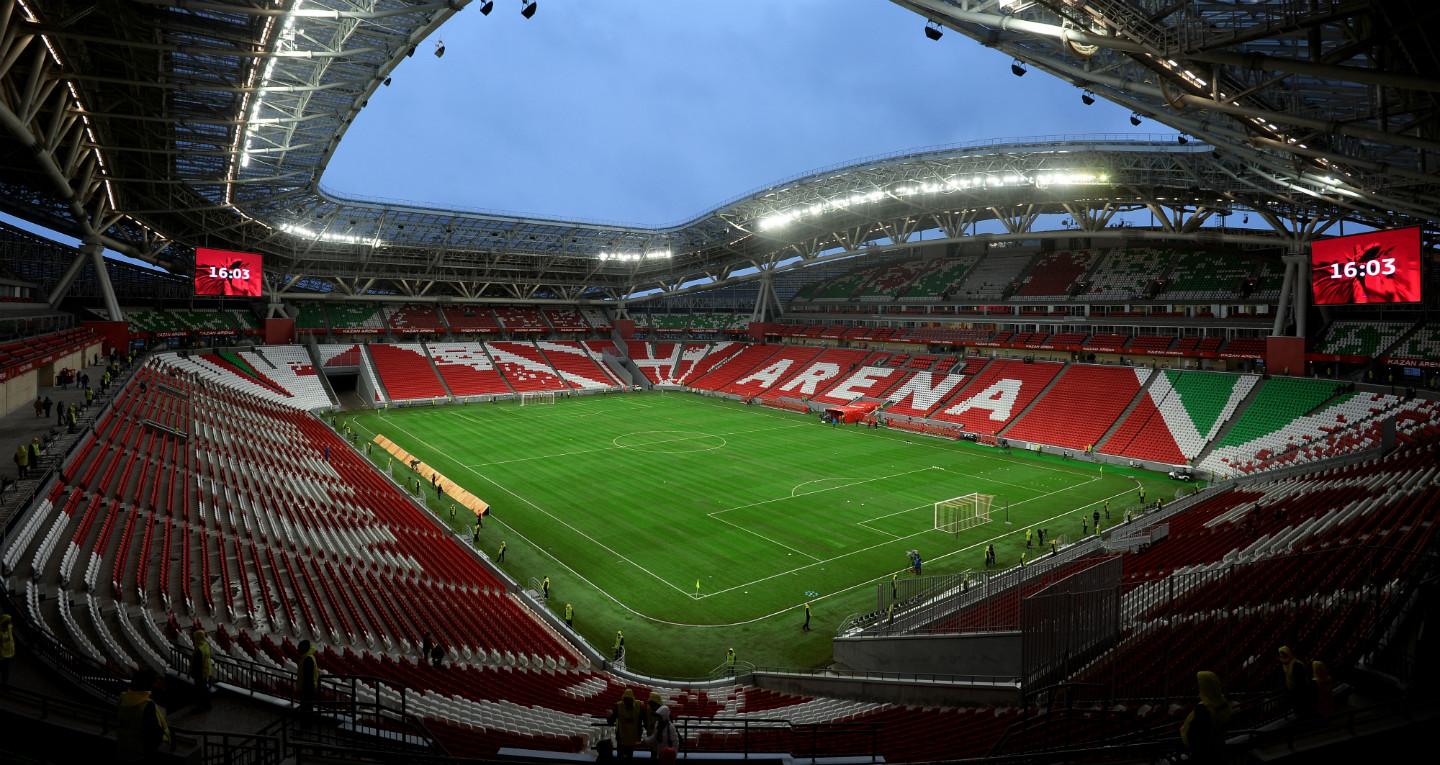 Kazan Arena is a stadium in Kazan, Tatarstan. It was built ahead of the 2013 Summer Universiade, and opened on July 6, 2013 for the event’s opening ceremony, and later hosted the closing ceremony.

Kazan Arena was also constructed to serve as the home of the Football Club Rubin Kazan, having capacity of 45,379. It hosted the FINA World Aquatics Championship in 2015, replacing football pitch with swimming pools.

The stadium was chosen to serve as one of the 12 playing venues of the 2018 FIFA World Cup, hosting six games, including the four group-stage games between France- Australia; Iran – Spain; Poland – Colombia; Korea – Germany, a round-of-16 match, and one-quarter finals.