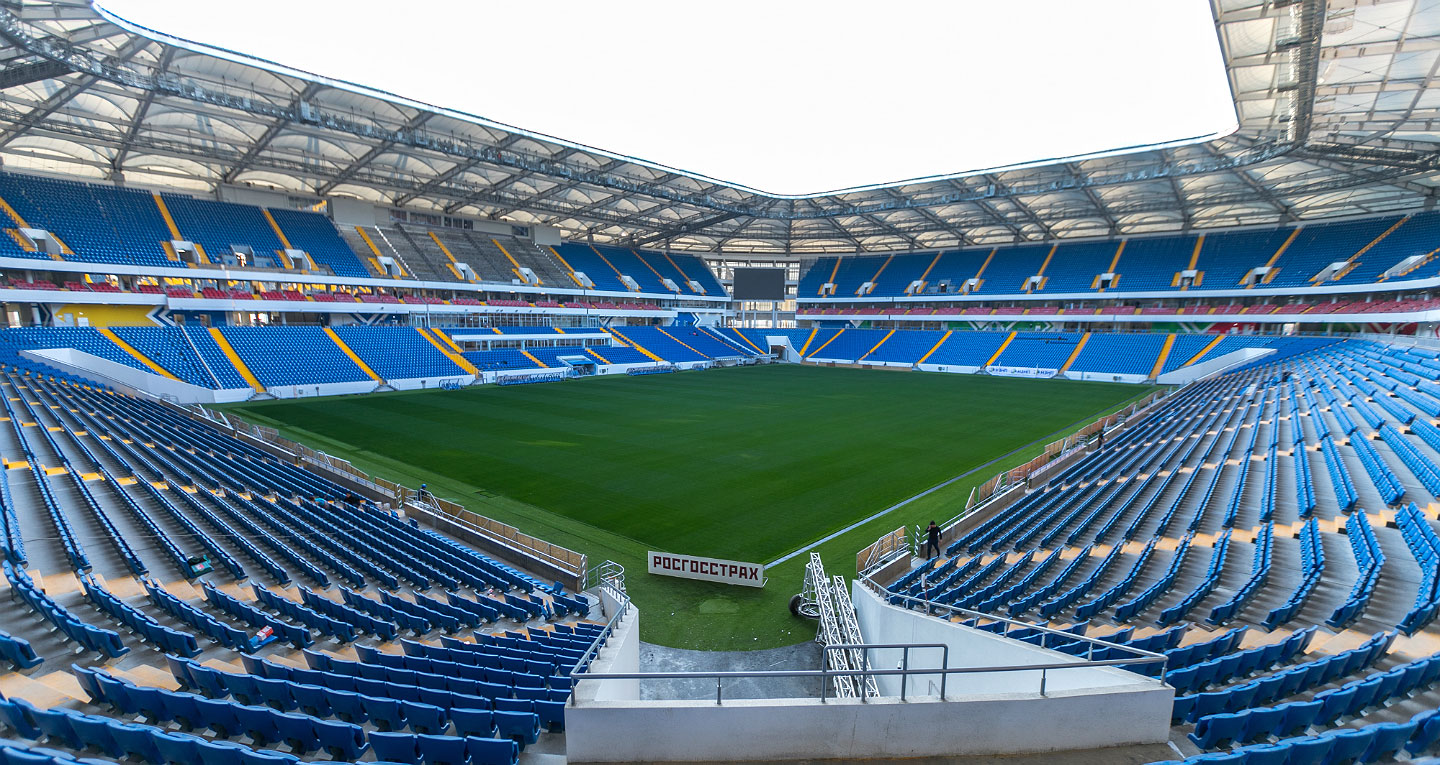 Dubbed the ‘Southern Capital’ of Russia, the Southern Russian resort town of Rostov-on-Don is famous for its rich fish soups. Perched on the River Don which gives the sunny seaport city its name, flowing in from the Sea of Azov, one of Russia’s most popular tourist destinations. It has access to four other seas: Black, White, Baltic, and Caspian.

Rostov-on-Don (Rostov-na-Donu in Russian) is not to be confused with Rostov Veliky, which is just outside Moscow. The city was founded in 1749 and due to its advantageous position as a transport centre and port, the town grew steadily with the 19th-century Russian colonization of the Caucasus and has since also become known as ‘the gateway to the Caucasus’. Rostov-on-Don is awash with Don Cossack culture and in the center of the village of Starocherkasskaya, 35 km south of the city, is the Ataman Palace, once the residence of the Cossack chiefs.

Around 200 horseback Cossacks, a paramilitary group dating back to Czarist times, will be drafted in to provide security at World Cup games in Russia They include 30 on horseback, which will help security forces around Rostov Arena and the airport. Some will double as entertainers with displays of horseback stunt-riding.

Rostov Arena is the first ever project to be built on the south bank of the River Don. Some of the seats of the 45,000 capacity stadium are temporary and will be removed after the World Cup. During the groundbreaking for the stadium, five shells from WWII were found, almost perfectly preserved.

The city’ Levantovskaya Fortress, built around five thousand years ago is considered the oldest of its kind in Europe. Severnoye Cemetery is also considered the largest of its kind in Europe and occupies more than three contains about four hundred thousand graves. Rostov Zoo is the largest in Russia and one of the best in terms of living conditions for animals, keeping animals healthy and happy on its vast territory of 56 hectares.

Popular sights in Rostov-on-Don include the Cathedral of the Nativity of the Blessed Virgin Mary, a neo-Byzantine church built in 1856.

Any one of Rostov’s restaurants is a perfect place to become acquainted with its famous ‘ukha’ fish soup. The Don River has become the city’s central tourist point. Sitting atop the water are floating drinking holes anchored on the riverbanks. Pushkinskaya Ulitsa is the main pedestrian walkway with Gorky Park at its western end and university and the October Revolution Park at its eastern end. There is also the Rostov State Opera and Ballet for visitors wanting to experience a little culture.

Rostov central square is known as ‘Ploshchad Sovetov’, The ‘Square of Soviets’, and features a huge monument commemorating Red Army soldiers who took part in the Russian Civil War.

Rostov on Don has its own airport with direct flights from Moscow. Around 80% of the flights are domestic. There is also a regular train service between Moscow and Rostov. You can choose from a range of water boat tours that can be booked in the city.

Rostov’s theatre square Fan Fest is located in the central and cultural hub ‘Theatre Square. The square’s main feature is the 72m-high Memorial Stele with a golden depiction of the Greek god Neek, a symbol of national freedom seen from almost any point in the city.

Basta (Vasily Vakulenko) - one of Russia's favourite rappers, as well as a TV host, actor, screenwriter, director and producer

Dmitry Dibrov - journalist, TV presenter, actor, musician and host of the TV quiz Who Wants to be a Millionaire?