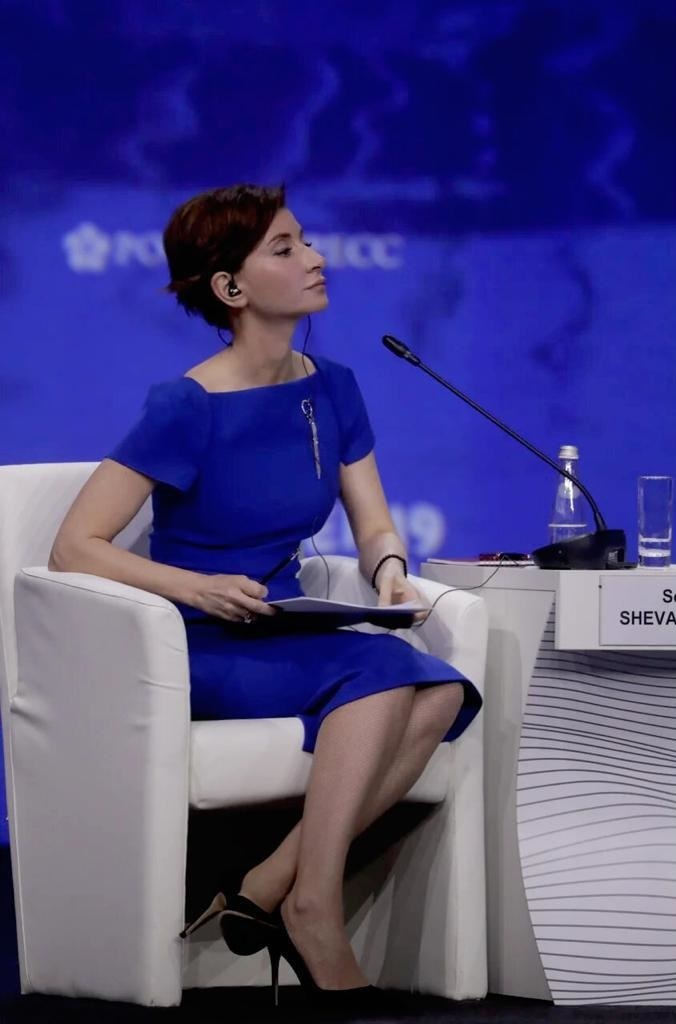 Sophie Shevardnadze, the granddaughter of the last foreign minister of the Soviet Union and former president of Georgia, Edward Shevardnadze, was raised in Tbilisi, Paris, and New York. She earned her BA in film at Emerson College, and her MA in Broadcast Journalism from NYU. She is fluent in English, French, Russian and Georgian and knows conversational Italian.

Sophie frequently moderates various panels and public discussions across the globe on a variety of topics, ranging from politics and genome sequencing to international diplomacy and charity. She has been invited to speak at the United Nations, the Valdai Discussion Club, the Saint Petersburg International Economic Forum, the Eurasian Forum, Yale and Harvard.