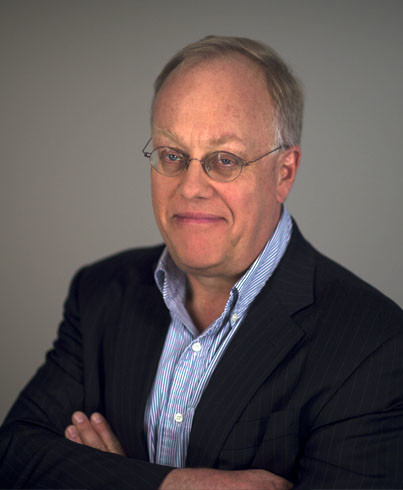 Chris Hedges is a Pulitzer Prize-winning journalist and now the host of On Contact, a weekly interview series on U.S. foreign policy, economic realities and civil liberties in American society. Hedges is the author of eleven books, including several New York Times best-sellers. He previously spent some 20 years – 15 of them with the New York Times – reporting from Central America, the Middle East, Africa and the Balkans. In 2002 he won the Pulitzer Prize with a team of reporters for his coverage of global terrorism.  He has been an outspoken critic of the Iraq War and criticized the media coverage at the time of the military campaign launch as “shameful cheerleading.” Hedges writes a weekly column for the online news magazine Truthdig. He holds a B.A. in English Literature from Colgate University and a Master of Divinity from Harvard University.