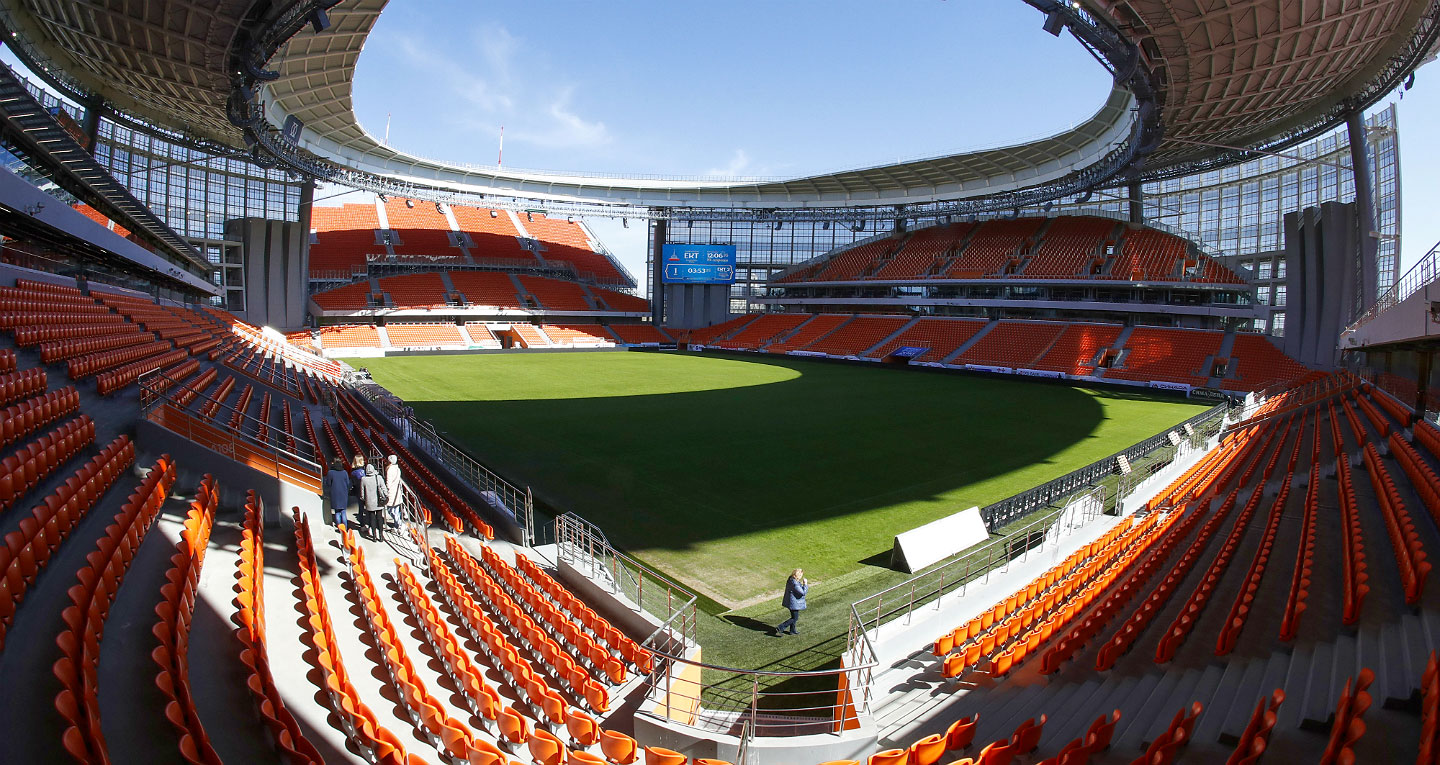 Ekaterinburg Arena, formerly Central Stadium, is a multi-sports facility in the city of Ekaterinburg, built between 1953-1957. Ahead of the 2018 FIFA World Cup it was decided to reconstruct the arena iso that Ekaterinburg Arena could meet FIFA’s requirements for matches. The new rebranded sports venue was finally opened in April 2018, holding a game between local FC Ural and FC Rubin Kazan.

The arena is the home to Football Club Ural Ekaterinburg. Usually the arena holds around 23,000 spectators, however following FIFA’s requirements the capacity was temporarily increased to 45,000.

Ekaterinburg Arena was selected to serve as one of the 12 venues during the 2018 World Cup held in June-July 2018, and will be the easternmost host venue during the tournament. Four group-stage matches is held at Ekaterinburg Arena; Egypt-Uruguay; France-Peru; Japan- Senegal; Mexico-Sweden.