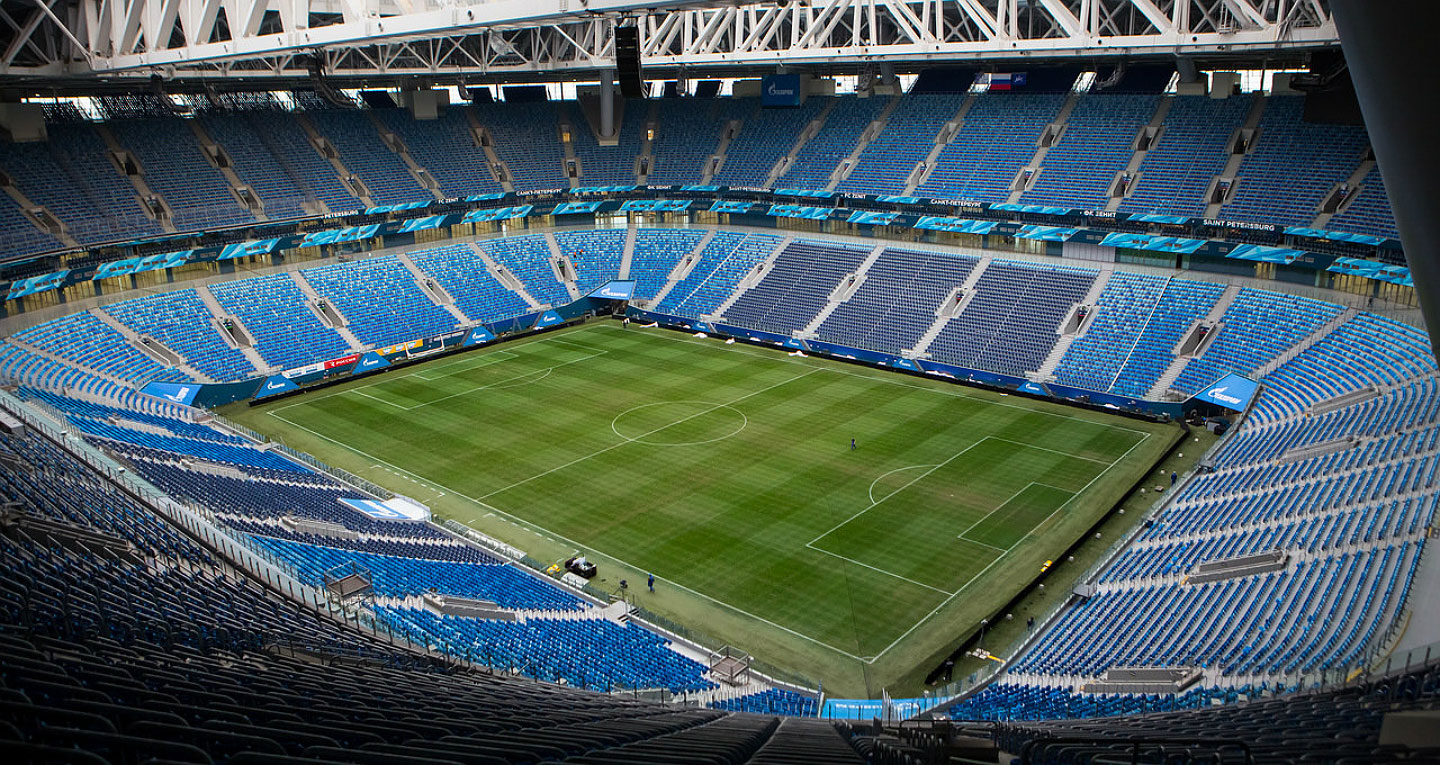 Zenit Arena is a stadium in St. Petersburg, Russia, which is also known as St. Petersburg Stadium or Krestovsky Stadium. The stadium is a newly built sports venue, which was fully completed and opened in 2017 for the FIFA Confederations Cup. Zenit Arena became the most expensive stadium in the world, costing the St. Petersburg city government more than $1 billion.

St. Petersburg Stadium is also the home of Football Club Zenit, and has a capacity of 56,196 for regular league matches. However, for the World Cup in 2018, the capacity was increased to around 68,000.

St. Petersburg Stadium is one of the playing venues of the 2018 FIFA World Cup, hosting seven matches, including group-stage matches between Morocco and Iran; Russia and Egypt; Brazil and Costa Rica; as well as Nigeria and Argentina. It will also host a quarter-final, semi-final, and the third-place playoff.