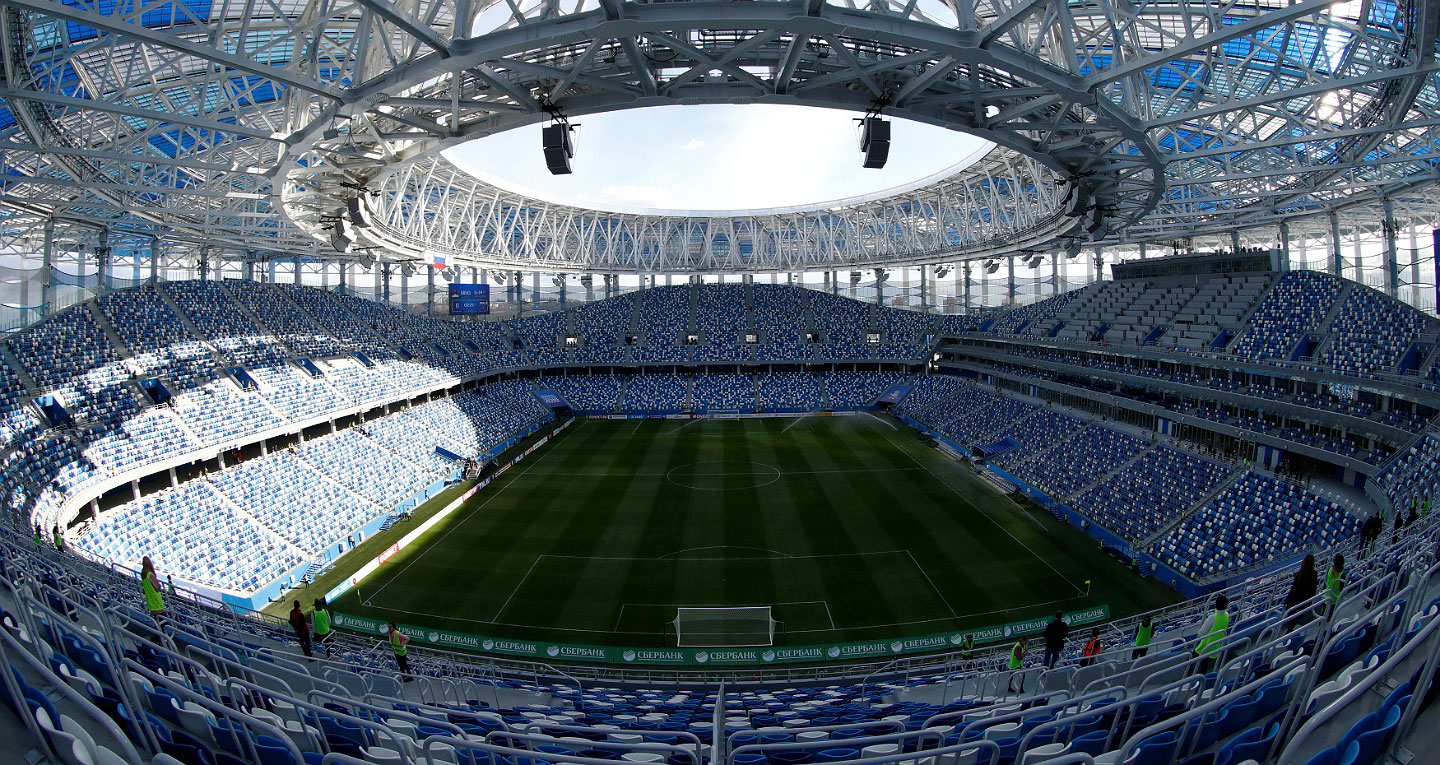 In future the stadium is supposed to be the home of the Football Club Olimpiyets Nizhny Novgorod, having a capacity of around 45,000 spectators.

Becoming one of the 12 FIFA World Cup venues Nizhny Novgorod Stadium is hosting six matches, including the four group-stage games between Sweden-Korea, Argentina-Croatia, England-Panama, Switzerland-Costa Rica, a round-of-16 match, and and one-quarter final.