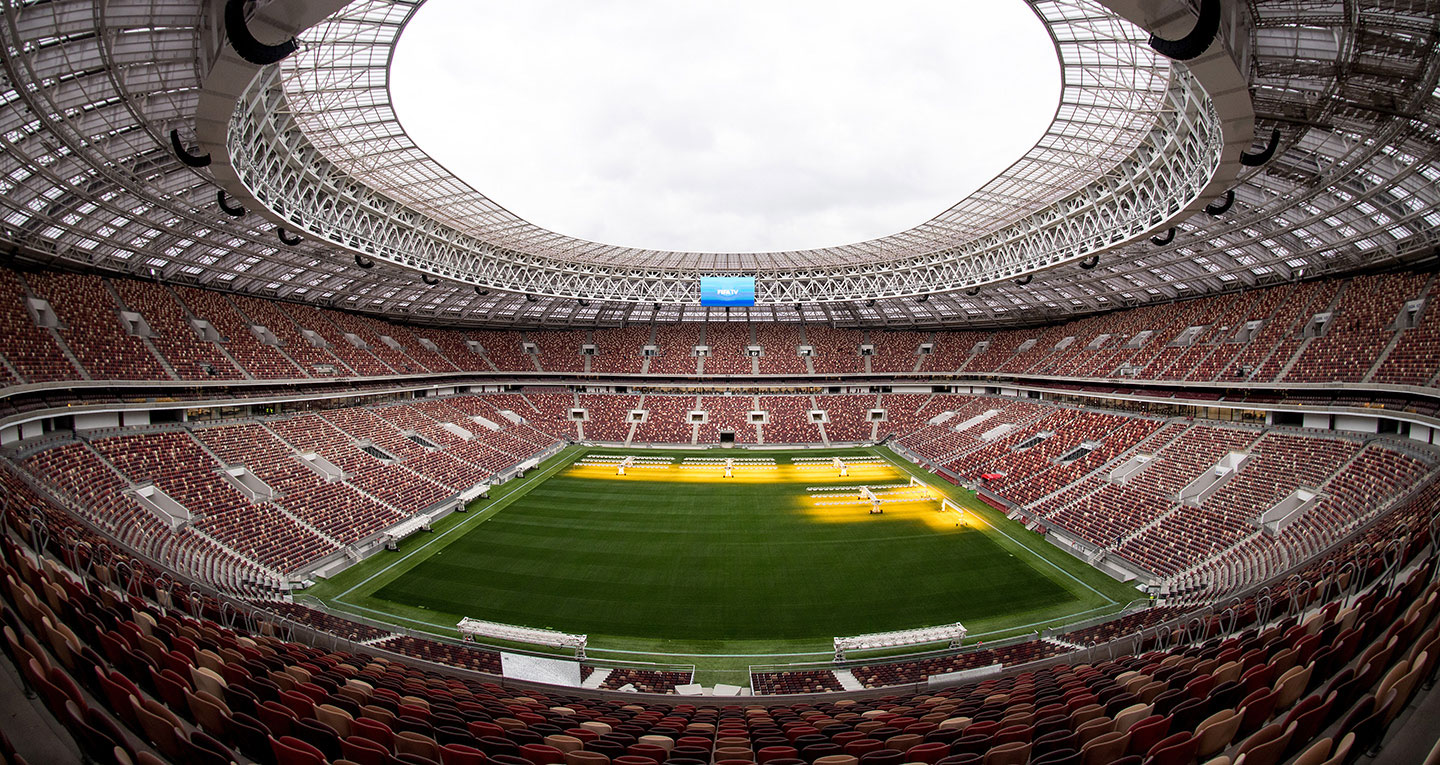 Luzhniki Stadium is a national stadium of Russia, located in it’s capital Moscow. Luzhniki is one of the largest stadiums in Europe. The ground-breaking ceremony of Luzhniki Stadium took place in 1955, and was followed by the actual opening in 1956, during the Soviet era.

The facility also served as the central venue for the Summer Olympic Games in 1980, hosting opening and closing ceremonies, as well as a number of sports events. In 2008 the UEFA Champions League final, and in 2013 the IAAF World Athletics Championships, took place in Luzhniki Stadium. The stadium also serves as a venue for concerts by some of the world’s greatest performers – The Rolling Stones, Michael Jackson, U2 and the Red Hot Chili Peppers have all performed here.

Luzhniki became one of the 12 venues for the 2018 Russia FIFA World Cup. Ahead of the World Cup, the stadium closed for several years for major reconstruction work. The attendance has been increased from 78,000 to 81,000.

Luzhniki will host the opening game of the FIFA 2018 World Cup Russia on June 14, and will be the venue for the final on July 15. In between, it will host several group games, as well as a Round of 16 game and one semi-final.