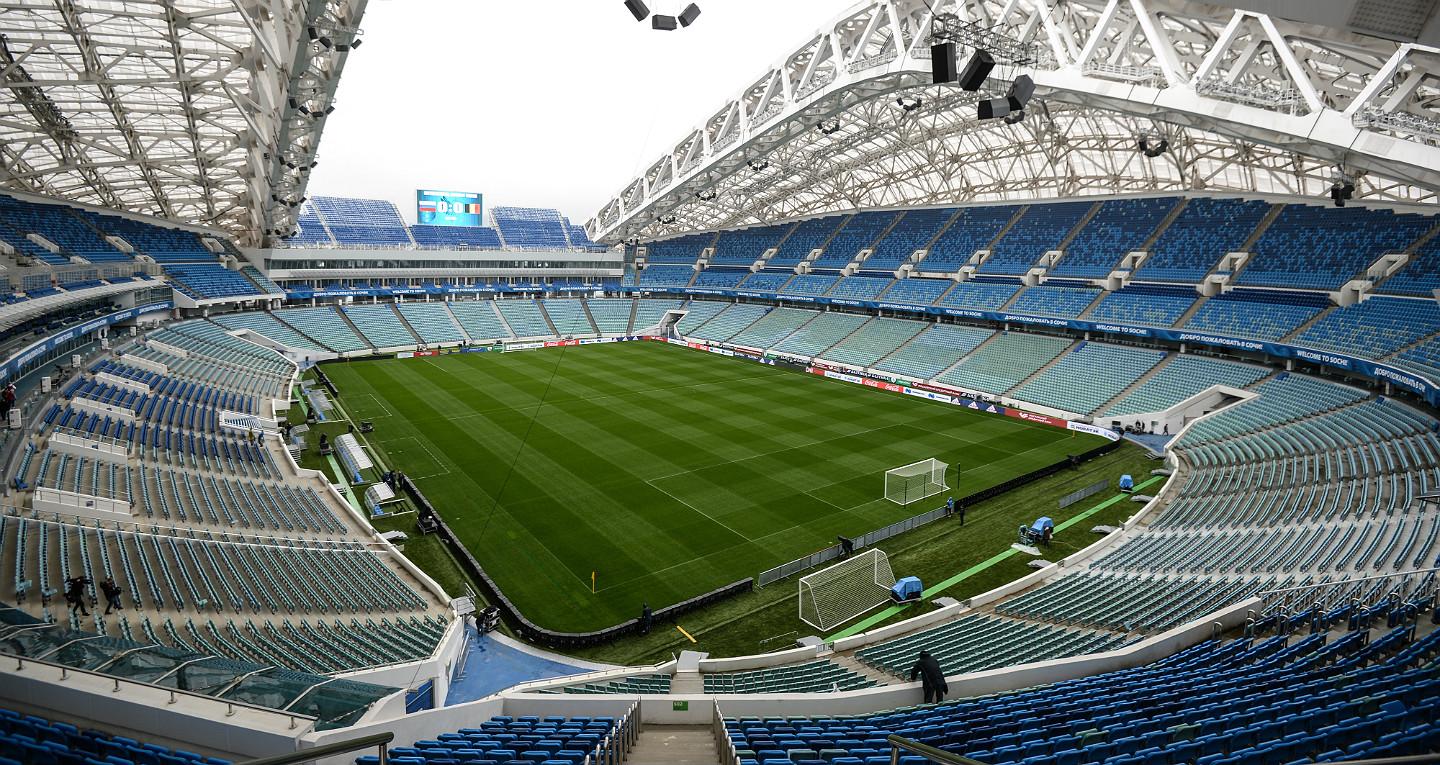 Fisht Olympic Stadium is a newly built outdoor stadium in Sochi Olympic Park with capacity of 40,000. Fisht was constructed ahead of the Sochi 2014 Winter Olympic Games and Paralympics, serving as the venue for the opening and closing ceremonies.

Several 2017 Confederations Cup matches, including one of the two semi-finals, were held at the Fisht Olympic Stadium.

Fisht Stadium is one of the playing venues for the 2018 FIFA World Cup, hosting six matches, including group-stage matches between Portugal and Spain; Belgium and Panama; Germany and Sweden; as well as Australia and Peru. It will also host one round-of-16 match, and one quarter-final.