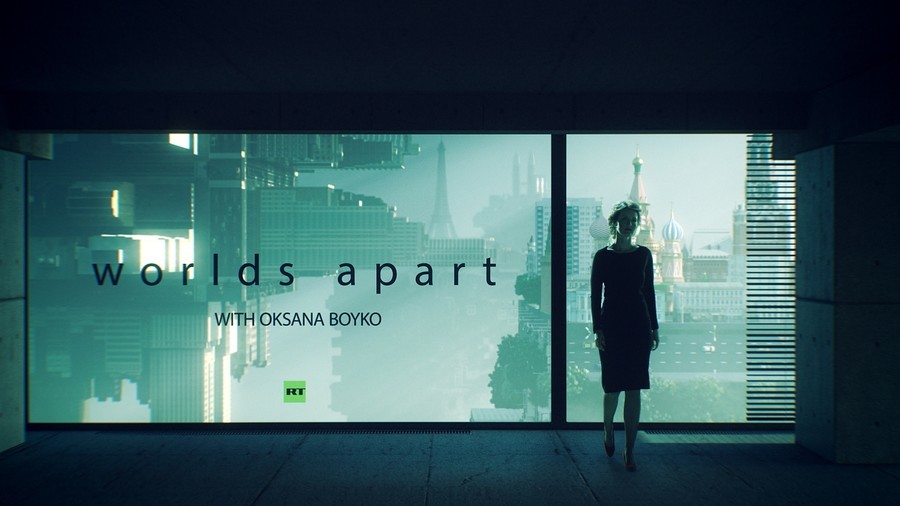 Worlds Apart is a fast-paced, in-depth discussion on the most pressing issues facing the world today.It strives to depart from the traditional Q&A form of interview in favor of a more emotive and engaging conversation. Host Oksana Boyko is not afraid to ask the hard questions that others avoid, with the aim of promoting intelligent public debate.

It’s been 80 years since philosopher Eric Fromm identified two types of freedom: “freedom from” -– to be no one’s slave – and “freedom to” – to be the master of your own fate. And while we all idealize the latter, achieving the former, the freedom from use and abuse is no small feat in this day and age, especially for Africa, which for centuries has been exploited under all sorts of pretexts. What needs to happen for the continent to truly take its deserved place in the world? To discuss this, Oksana is joined by Jewel Howard-Taylor, vice president of Liberia.

This interview was filmed at the Eurasian Women's Forum in St. Petersburg.

Business of all, care of none? Ahmad Wali Massoud, Former Afghan Ambassador to the United Kingdom

For decades, Afghanistan has been everybody’s business and no one’s responsibility. Other powers, big and small, pursued their own agendas there, with little regard for the country’s customs or aspirations. But now that the Taliban has upended the status quo, the question of Afghanistan’s trajectory and what it portends for the region as a whole is more pressing than ever. To try and answer this question, Oksana is joined by Ahmad Wali Massoud, former Afghan ambassador to the United Kingdom and younger brother of the late resistance leader Ahmad Shah Massoud.

Vindicated by reality? Aizaz Ahmad Chaudhry, former Pakistani ambassador to the US

For most international players, formulating their reaction to the US withdrawal from Afghanistan is quite a challenge – too many pros and cons, too tightly intertwined – but there are two notable exceptions: India and Pakistan. While the Indians decry the extraction as the worst possible outcome and a concession to terrorists, the Pakistanis celebrate it as a vindication of their strategy and a recognition of the reality on the ground. Last week, we brought you the view from New Delhi. This week, Oksana talks to Aizaz Ahmad Chaudhry, director general of the Institute of Strategic Studies Islamabad, Pakistan’s former foreign secretary and former ambassador to the United States.

In the English language, it’s hard to find a more ontologically loaded word than ‘intelligence’. It could mean anything from the divine mind to the human ability to apply knowledge, to information about enemies and the agencies tasked with obtaining it. What turns information into intelligence, and can it be dumb? To discuss this, Oksana is joined by Sergey Naryshkin, director of the Russian Foreign Intelligence Service.

The worst scenario? Brahma Chellaney, professor of Strategic Studies at the Center for Policy Research

While the Biden administration still insists on painting the US withdrawal from Afghanistan as a success, many of America’s allies are just as bent on seeing it as a total failure. One of them is India, which – after having invested over $3 billion in Afghanistan’s economy and much diplomatic effort in supporting its secular political forces – now has to contend with the Taliban. Has New Delhi lost the game, or does it just need to change tack?

There’s a saying in the Koran attributed to the Prophet Mohammed that dreams are three-fold. Sometimes they represent divine guidance, sometimes sorrow from the devil, and sometimes they are about the conflicts of daily living and past events. This also applies to women’s rights in Afghanistan today. Encouraged in the past to live out their dreams of being fully fledged human beings, Afghan women are now being told by the Taliban that this amounts to a Shaitanic possession. Who or what can they count on in this time of existential struggle? To discuss this, Oksana is joined by Mahbouba Seraj, executive director of the Afghan Women Skills Development Center.