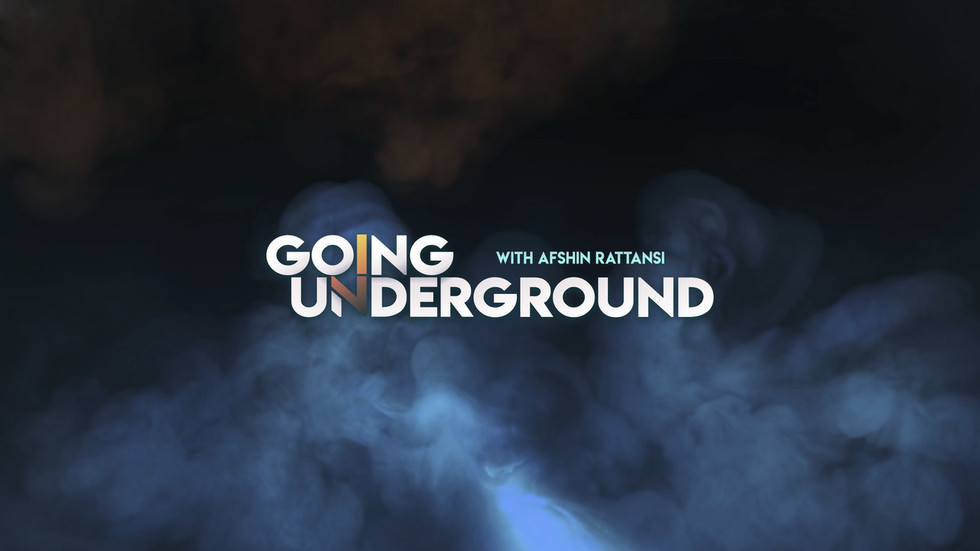 Three times a week Afshin Rattansi and his team go underground to discover the stories that aren’t being covered by the mainstream UK media. From GCHQ to Occupy protests, and everything else in between, Going Underground is here to bring a fresh perspective to our audiences around Britain.

By sanctioning Russia, the EU has sanctioned itself – Alastair Crooke (E1122)

On this episode of Going Underground, we speak to the founder and director of the Conflicts Forum, Alastair Crooke. He discusses Russia’s invasion of Ukraine and the context of a 30-year unipolar order surrounding the outbreak of war, the growing alliance between Russia and China, Russia’s growing ties with emerging economies that refuse to condemn the invasion of Ukraine, such as India and Pakistan, EU sanctions against Russia, and why the extent of the sanctions means that the European Union has sanctioned itself, and much more.

On this episode of Going Underground, we speak to former secretary of state Colin Powell’s chief of staff, Colonel Lawrence Wilkerson. He discusses the context of Russia’s invasion, citing NATO expansion after the fall of the Soviet Union as one of Washington’s greatest strategic mistakes. He addresses the deepening international isolation of Russia and President Vladimir Putin, calling it ‘insane’. He outlines what a diplomatic solution needs to look like in order for there to be peace in Ukraine, his belief that NATO and the CSTO should be scrapped in favour of a united European security infrastructure, and much more!

Russia-Ukraine war happened ‘by design’ + What would a NATO-Russia nuclear war look like? (E1120)

On this episode of Going Underground, we speak to economist and radio show host Professor Jack Rasmus of St. Mary’s College in California. He discusses the causes of inflation in the US and why mega corporations are partly to blame, how the US is using the Russian invasion of Ukraine to pursue its own geopolitical objectives in Europe of driving out Russia, why the Ukraine crisis is not by accident but ‘by design’, his predictions of a major global recession by 2023, and much more. Finally, we speak to Dr. Ira Helfand, ex-president of the International Physicians for the Prevention of Nuclear War and winner of two Nobel Prizes. He discusses how Vladimir Putin’s invasion of Ukraine has once again brought humanity close to nuclear annihilation, the morbid statistics and reality of what a NATO-Russia nuclear war would look like, the myth of a ‘limited’ nuclear war, what actions the leadership of Russia and NATO must take to prevent nuclear war and much more.

On this episode of Going Underground, we speak to Professor Seyed Mohammad Marandi of the University of Tehran. He discusses ongoing negotiations with the US to restart the Iran nuclear deal (JCPOA) and the impact of American sanctions on Tehran. He also talks about Russia’s invasion of Ukraine, why Iran opposes the invasion, and the consequences for US hegemony and the unipolar world order. Finally, we speak to Richard Falk, professor emeritus of international law at Princeton University and the former UN special rapporteur on the situation of human rights in the Palestinian territories. He discusses the international reaction against Russia over the invasion of Ukraine, double standards and hypocrisy over the lack of action against the US and its NATO allies regarding multiple wars in the Middle East, contrasting reactions from the US and NATO over the plight of Ukrainians versus the plight of Syrians and Palestinians, and much more.

On this episode of Going Underground, we speak to Prof. James Robinson, a political scientist and economist at the University of Chicago’s Harris School for Public Policy. He discusses the nationalistic motivations behind Russian President Vladimir Putin’s invasion of Ukraine, the severe economic cost to Russia and whether increased trade with China can cover the damage, negotiated neutrality for Ukraine on the question of NATO membership before Putin resorts to “hideous” violence, the Ukraine war’s implications for China’s attempts to reunify with Taiwan, and much more.

‘Thanks to Putin, NATO has found its purpose’ – Medea Benjamin slams Russian invasion of Ukraine (E1117)

On this episode of Going Underground, we speak to CODEPINK co-founder Medea Benjamin. She discusses how Vladimir Putin’s invasion of Ukraine has strengthened NATO & given it purpose after embarrassment in Afghanistan, her concerns about sanctions against Russia hurting the working people, not just oligarchs, Russia’s assault as an “illegal invasion of a sovereign country,” the confiscation of $7 billion of Afghan Central Bank assets, the war in Yemen, and much more. Finally, we speak to Luckson Zvobgo, chapter scientist to and author of the 6th IPCC Assessment, Africa. He discusses the findings of the report and the closing window of time that the world has to fight climate change, climate change becoming a cause of a growing migration crisis, the role of technology in fighting the climate crisis, the effects of climate change on Africa, and much more.