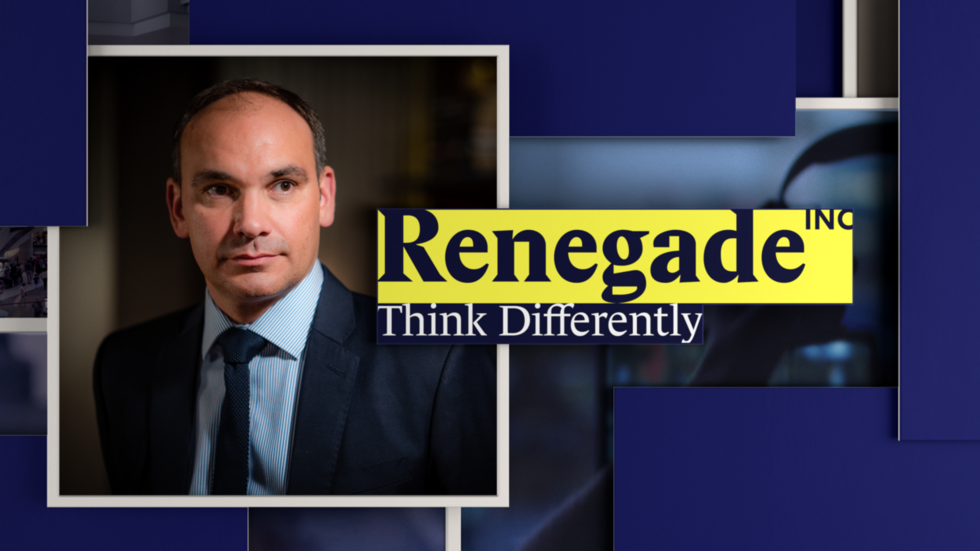 Hosted by award-winning filmmaker and broadcaster Ross Ashcroft, Renegade Inc. is for people who think differently. There are no soundbites, shouting matches or needless arguments… just great guests and smart conversations for people who question the conventional wisdom of modern life.

In an information age in which most media brands deliberately nail their colours to the mast, one organisation – which that has just reached its 200-year anniversary – still can’t explain what it really stands for. The Guardian is loved by some, hated by others, but when it comes to an editorial standpoint, its mercurial choices have left many flummoxed.

Host Ross Ashcroft is joined by Des Freedman and Justin Schlosberg to discuss ‘Capitalism’s Conscience: 200 Years of The Guardian’. Edited by Freedman and with a chapter by Schlosberg, the book takes an in-depth look at both the newspaper’s journalism and its political values.

This is how universities die...

One of the biggest Covid-19 casualties on a global level has been education. But what many have missed during the pandemic is that the crisis in higher education is being ruthlessly exploited.

Management teams and consultants think they can now –without all that pesky academic consultation– make mega bucks by cementing a fully neo-liberal educational regime. What could possibly go wrong?

Host Ross Ashcroft is joined by Peter Fleming, author of 'Dark Academia: How Universities Die,’ to discuss the future of higher education.

Endless war keeps the Middle East on the floor

One of the most complicated geopolitical areas to lucidly explain is events in the Middle East – many pundits try to do so using think tank briefings from the comfort of their own country.

So that we could get truly independent insight, we caught up with the veteran war correspondent and political analyst Elijah J. Magnier, who has been on the ground in the Middle East for nearly four decades.

He joins Ross Ashcroft on Renegade Inc to discuss what the latest American bombing campaign means for the wider region.

What price the beautiful game?

With football’s Euro Championship under way, many people love the passion that comes with supporting their team. But this reminds us that many more people feel disconnected from domestic football – and not because of the pandemic or stadium exclusions. The problem is much more about absentee owners, sky high ticket prices and the ruthless fracturing of the fan-club relationship.Ross Ashcroft is joined by professor of sports management Stefan Szymanski and football writer Devon Rowcliffe to discuss how rampant profit seeking is ripping the soul out of the beautiful game.

Narcissism + neoliberalism = The life of I

The rise of hyper-individualism and an I, Me, Mine culture has encouraged two personality types to dominate business and politics. Where money, power, and status lie, the corporate psychopath and the narcissist can reliably be found relentlessly chasing so-called success at the expense of everyone else.

Ross Ashcroft is joined by journalist & social philosopher Anne Manne, and professor of management and author Clive Boddy, to discuss corporate psychopaths and the rise of narcissism in society.

Dr. Lawrence C. Smith is one of the world’s leading climate scientists and author of 'Rivers of Power and The New North'.
He joins Ross Ashcroft this week to discuss a common theme in the books: how looking at the past is the only way to anticipate the future.

So as climate breakdown begins to bite, how will it reshape our societies, economics and politics…?