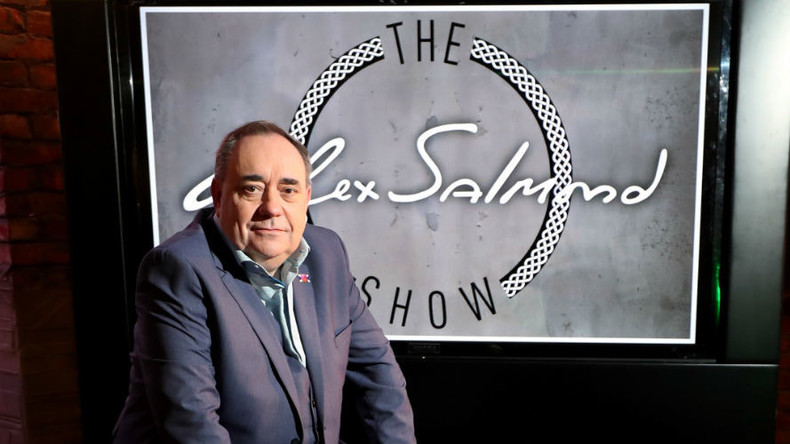 Sir Vince Cable, former leader of the UK Liberal Democrats, tells Alex Salmond why Chairman Deng Xiaoping is, in a study of 16 world leaders, the one who most shaped the economics of the modern world. Despite serving as a cabinet minister in a coalition government with the Tories, Sir Vince also argues, that the time is now ripe for an understanding on the centre-left of UK politics.

Almost unnoticed amid the multiple European cost of living and Downing Street crises, Northern Ireland is back in a political deadlock, with the resignation of the Democratic Unionist first minister in protest over the post-Brexit deal. However, official 2021 statistics show that the province has enjoyed its best economic performance, relative to the rest of the UK, for many years. Alex examines the issue with Jim Shannon, DUP MP for Strangford and Alasdair McDonnell, the former leader of the constitutional nationalist SDLP.

The return of Trump?

A dream for some – for others, a nightmare. President Biden is struggling in the approval ratings, and former President Trump is now the bookies’ favourite to succeed him. Alex asks two experts from different ends of America’s divided political spectrum – Professor Keneshia Grant of Howard University, and Ed Martin, president of the Phyllis Schlafly Eagles – to assess the real prospects and possible consequences of a Trump return.

Omicron – doomsday or blessing in disguise?

Alex Salmond speaks to Dr Angelique Coetzee, the Pretoria GP who first identified the Omicron variant – and who informed the world (based on her practical experience of patients) that the new variant, while hyper-infectious, was much milder in health impact than the deadly Delta variant. Meanwhile, Prof Hugh Montgomery of UCL warns policymakers that it is not inevitable that further new variants will necessarily be less potent, and urges a fundamental reassessment of humanity’s interaction with nature, which is provoking the emergence of deadly contagions from the animal kingdom.

At the height of the annual celebrations of the life and work of Scotland’s national bard, Robert Burns, Alex speaks to Scots language campaigner Billy Kay and the former MP for Burns Country in South Ayrshire, Jim Sillars, about the impact of Burns on political radicalism in Scotland and across the world.

The best president America never had

One year after the storming of the Capitol, Colonel Laurence Wilkerson, chief of staff to the late General Colin Powell, presents a searing assessment of the current state of the republic, both in its domestic politics and its role in world politics. Colonel Wilkerson tells Alex that Colin Powell was the greatest president America never had, and the world would be a much better place now if he had decided to run for the White House. He also confirms that the former UK prime minister, Sir Tony Blair, committed Britain beforehand to stand with President Bush in the war on Iraq, come what may.