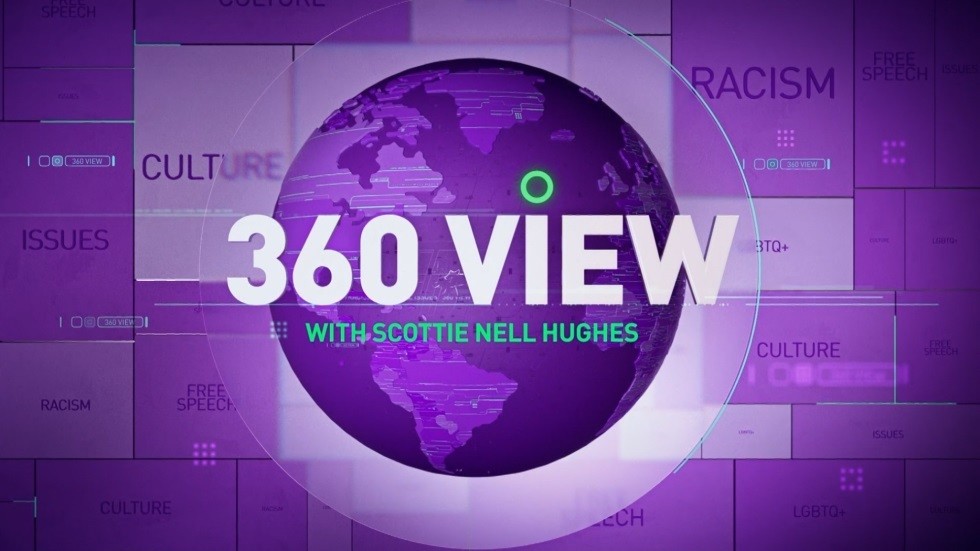 In the 360 View, Scottie Nell Hughes brings you her well-rounded look at the most pressing social and cultural issues plaguing our globalized world today. From education to politics, trade, and more, Scottie breaks down global trends and helps you, the viewer, see how local issues affect the entire globe. Join us as we expand your perspective on the 360 View.

The Biden administration has passed a 40-billion-dollar aid package for Ukraine. Meanwhile, America is borrowing money from China to stay afloat. President Biden is planning on revoking Trump-era tariffs and sanctions on other countries to try and combat inflation. However, lowering the price of imported products makes domestic products less competitive. When should a country adopt a little bit of nationalism to save their own economy? On this episode of the 360 View, Scottie Nell Hughes is joined by David Tawil, president and co-founder of Prochain Capital, as well as Edward Morse, farmer and professor at Creighton University.

America has made ‘nationalism’ a bad word. Putting your own country first is being demonized, even though that is the foundation upon which the country was built. Organizations such as NATO and the WHO are leading the world down a very familiar path, possibly to WWIII. Meanwhile, China is putting itself first and seeing its country grow. Switzerland refuses to become involved in world affairs. We look at which countries are thriving as they adopt a bit of nationalism. Scottie Nell Hughes is joined by Robert Ross, professor of political science at Boston College, and Richard Wolff, professor emeritus of economics at the University of Massachusetts Amherst to discuss on this episode of the 360 View.

Transgenderism in sports and schools

From the youngest minds in US schools and sports to powerful leaders on the Senate floor and in the White House, we are seeing the “woke” acceptance of gender identity. It goes beyond accepting transgender ideology, by introducing sexualization to children at an inappropriately young age. This is now a main topic of debate among politicians and in the military. How is transgenderism seen in other countries? Scottie Nell Hughes sits down with Karleigh Webb, a transgender athlete, and Joanna Harper, a transgender athlete, author and researcher, to discuss.

The US Supreme Court’s decision to overturn Roe v Wade led to a swell of protests and debate among Americans as to when an embryo is considered a living human, and whose rights come first – those of the mother or the unborn child. The debate has even veered into the issue of who qualifies as a woman. Since the ruling and resulting state-level bans, companies have been offering to pay for their employees to travel to other states to get abortions. Is that because it’s cheaper than offering decent maternity/paternity leave? Will birth control become limited? We take a look at which countries have the most restrictive laws when it comes to abortions and contraception. Scottie Nell Hughes is joined by attorney Rory Riley-Topping and Tiana Khalid, a Muslim political activist, on our first episode of 360 View.