To regain unity, America needs to create a new enemy. And anti-China hostility is the only thing that unites Reps & Dems 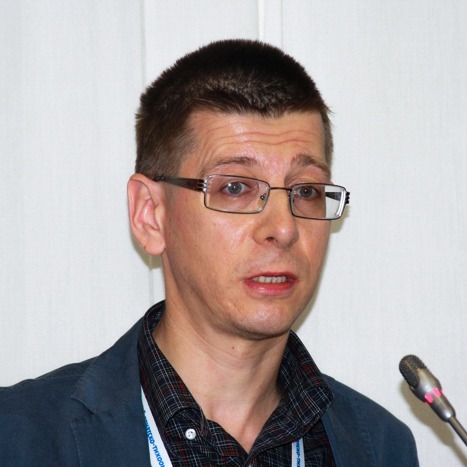 As the US is reeling from the results of the elections, there is a lot of agonizing over how divided the nation has become. The country is seen as deeply split, with civil war no longer looking a purely hypothetical possibility.

There is no doubt that the US is going through one of the most difficult periods in its history. America’s political system – which was created to manage a much smaller, simpler, and homogenous nation – is clearly showing inadequacy in running the world’s third most populous country whose citizenry is characterized by an ever increasing multitude of identities.

There is no doubt that America is gripped by epic struggle between opposing value sets. However, the fatalistic narrative of its irreconcilable divisions is overhyped. That bitter political cleavages nowadays often run through American families is certainly not a good thing for the country. But the good news is that the US appears to be avoiding the most dangerous kind of conflict, the one based on racial and ethno-religious affiliations.

Read more
MAGA was far more mainstream than most Americans realized, and its electoral rejection will prove to be a historic mistake

It is telling that a larger percentage of every racial minority voted for Trump in 2020 than in 2016. Trump did especially well with Hispanics, the nation’s largest minority. This means that America’s ongoing quasi-civil war is not about race, ethnicity or faith.

You cannot negotiate over your race, ethnicity or your tribe’s faith, since you are born with it and it cannot be changed. That’s why the most brutal conflicts are mostly caused by ethnic or religious antagonisms. In contrast, it is not impossible to eventually reach compromises over the issues like immigration or climate change that pit the Trumpists against the anti-Trump camp. Still, reaching a new societal compact will take a long time, maybe decades, whereas America’s body politic needs the restoration of some semblance of unity and order now. The US political class is under pressure to come up with a quick fix to American disunity. It is highly likely the solution will be very simple and unoriginal: create an enemy.

It is a well-established precept in political philosophy – and an ancient principle of statecraft – that, for a viable political community to exist, it needs an existential enemy. It was, in large part, thanks to the confrontation with “communism” embodied in the Soviet Union that America was able to maintain unity in the second half of the 20th century. As Samuel Huntington notes, the demise of the Soviet Union left the United States without an enemy against which to define itself, resulting in the weakening of America’s unitary identity. For the American political establishment, irrespective of their party affiliations, the temptation to find another big enemy may be hard to resist.

Candidates for the role of America’s main antagonist

Radical Islamism is too nebulous and, frankly, not so scary any more. North Korea and Iran, for all their obnoxiousness, are small potatoes. How about the USSR’s successor, Russia? During the election campaign, Joseph Biden called Russia “the biggest threat to America right now in terms of breaking up our security and our alliances.”

Russia has one important advantage in the casting for America’s number one enemy: Vladimir Putin. As one US friend explained to me recently, the obsession of many Americans with the Russia threat is due to Putin’s appeal as a shirtless, horse-riding villain. As he puts it, “Americans want Putin to be a threat, because he is perfect for the part in our pop culture.” In contrast, China’s Xi Jinping is “just a boring dude who at best is accused of being sensitive about being compared to Winnie the Pooh. To your average pit bull and pickup truck owning American, it makes him sound like a big baby, and not some serious dictator. Meanwhile, Putin is shirtless on a horse, and your pit bull and pickup truck owning American thinks ‘Oh no, he could enslave us all.’”

Also on rt.com Biden administration will find it hard to integrate itself in a world changed by Trump

One problem with making Russia the main enemy is that Putin may not be around forever. Indeed, it is conceivable that he could step down much earlier than most people expect, maybe even before his current presidential term expires in 2024. Another problem was actually pointed out by Biden himself, who has repeatedly dismissed Russia as a “declining” power with a “second-rate” military. Even if Putin stays on as the Russian leader, it will be an increasingly hard sell to present Russia as America’s main foe.

For all the talk about the menace emanating from Putin’s Russia, pretty much everyone in Washington knows who poses the most serious challenge to the US. Biden himself indirectly acknowledged this, saying that China is America’s “biggest competitor.”

Unlike Russia, which is essentially on the defensive trying not to fall further down in the global hierarchy, China is clearly ascendant as an emerging superpower. If the current trends continue, China looks set to close the power differential gap with the US in a number of crucial areas within a decade or so. Xi Jinping may look drab and dull, lacking the Putinesque charisma of a dark genius. But he presides over the most formidable and efficient political machine that humanity has ever created – the Chinese party-state.

Mike Pompeo, Washington’s crusader-in-chief against Beijing, will soon be gone, but it does not matter much because casting China as an existential enemy has already entered US mainstream discourse. The US foreign policy establishment may currently be using a subtler language than Pompeo’s anti-China diatribes. But their argument that “the United States and China are not morally equivalent” is simply another way of saying that America stands for good while China is evil.

The growing anti-China hostility is the only thing that unites Republicans and Democrats. While Biden, who declared victory in the election, may not be particularly anti-China, he will be under intense pressure from his own entourage to get tough on Beijing. Much of that pressure will be coming from officials who believe that China’s geopolitical challenge can only be dealt with from a position of strength.

Michele Flournoy, a woman with a face of Nemesis who is the frontrunner for secretary of defense in the Biden administration, argues that the US should be able to “credibly threaten to sink all of China’s military vessels, submarines, and merchant ships in the South China Sea within 72 hours.”

Apart from the obvious aim of preserving US geopolitical primacy, one tacit objective of a possible confrontation with China would be to unite the American society by shifting attention from the domestic controversies to a grand battle with a new “evil empire.”

Also on rt.com Hong Kong sanctions are a ‘kiss of death’ for Biden from departing Pompeo, who wants to ramp up cold war with China

Ironically, one person who might save the US and China from a cataclysmic collision in this scenario is Donald Trump. For one thing, Trump has never been a fan of geopolitics, meaning he has little interest in competing with China over dominance in the South China Sea or Taiwan Strait. For another, after leaving the White House, Trump will be interested in sustaining and amplifying domestic political divisions rather than focusing on real or imagined external enemies. Unifying American society by demonizing China would be the game of his opponents, which Trump may well try to expose and upset. By preventing World War III between America and China, Trump could get his Nobel Peace Prize after all.