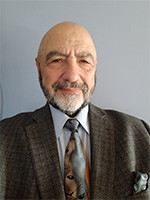 Jussie Smollett story is a microcosm of what is wrong with America and the mainstream media.

On Thursday, US actor Jussie Smollett was arrested in Chicago after being charged with filing a false police report.

Smollett, a gay African-American actor who stars on the hit TV show Empire, claimed that on January 29 he was the victim of a hate crime when two white men hurled racist and homophobic slurs at him, punched, kicked and poured bleach over him, and then put a noose around his neck while taunting him by proclaiming “this is MAGA (Make America Great Again) country.”

Smollett’s story was dubious to some because the idea of two Trumpites out at 2am in progressive Chicago hunting gay black men with a noose and bleach in minus 20 degree weather seemed far-fetched, as does the idea that they would be pop-culturally aware enough to have watched Empire and recognize a marginal celebrity like Smollett in the first place.

In the wake of Smollett’s unusual claims, the media uncritically accepted his story and numerous celebrities such as Emma Watson, Katy Perry, Olivia Munn, and Ariana Grande tweeted vociferous support. Actress Ellen Page gave a heartfelt speech on The Late Show with Colbert laying the blame for Smollett’s attack at the feet of “homophobic” Vice President Mike Pence.

Democratic presidential hopefuls chimed as well, with Kamala Harris and Cory Booker both calling the attack a “modern-day lynching,” and a cavalcade of other politicians who tweeted their unquestioning support for Jussie and devout belief in his story.

The problem with all of the belief in Smollett is that, like Ms. Page’s impassioned Late Show rant, it was entirely based on emotion and not reason.

As is usually the case when decisions are made on emotion and not reason, many now regret their embrace of Smollett because his story has come into question. The two alleged assailants are not MAGA hat wearing white men, but black men who claim that Smollett paid them to stage the whole incident. According to reports, as of this writing, the Chicago police believe this entire hate crime is a hoax orchestrated by Smollett.

The media, celebrities, and politicians who supported Smollett did so for the simple reason: it was easy. Smollett’s story confirmed all of their biases regarding Trump supporters, who they believe are racist homophobes, and gave them the opportunity to signal their virtue and espouse their moral superiority.

This sort of indulging in one’s biases and signaling one’s virtue is epidemic in America and a big reason for that is social media. Social media is built to be a personalized echo chamber that triggers emotion and shortcuts reason, and encourages a solidifying of instantaneous emotional reaction into permanent and intractable belief.

Another reason for this scourge of confirmation bias and virtue signaling is that the corporate press is not in the truth-telling business; they are in the ‘tell people what they want to hear’ business.

Just watch this MSNBC breaking news segment on the alleged attack on Smollett. None of the professionals in this clip ever practice anything resembling journalism by actually questioning the veracity of the allegation. The anchorwoman, Stephanie Ruhle, is signaling her virtue so hard over this story, repeatedly declaring it’s a “horrible story” and “horrible to report” and then admitting she is “so shaken by the story” that she can’t remember details of it.

This vapid emotional hyperventilation is a case study in cultural conditioning overpowering professional training. Ms. Ruhle, and the rest of the media who were so gullible regarding Smollett’s story, has been indoctrinated to quell skepticism regarding a “victim’s” story because doubt is now deemed the equivalent of assault. GLAAD President Sarah Kate Ellis made this clear when she commented on the Smollett story:

“Jussie Smollett was victimized first in a hate-motivated and violent attack… and has since been doubly victimized as the subject of speculation by the media.”

If reporters question Jussie Smollett’s story, that doesn’t make them bigots, it makes them journalists.

The confirmation bias and virtue signaling in American culture is not confined to the Smollett case. The establishment media’s handling of all Russia stories is equally rife with a pandering to biases and a self-righteous signaling of patriotic virtue.

The media’s reporting of similar stories detailing alleged Russian villainy is hysterical, literally. Whether it is Russia hacking the Vermont power grid or into C-Span, it seems there is no skepticism allowed when it comes to Russia. And similar to the Smollett case, if you dare question the veracity of these Russia stories, your virtue/patriotism is questioned.

This suffocating of skepticism has led all Russia-related stories to become sacrosanct and be considered gospel truth. Yet, just like in the Smollett story, if you look at the majority of Russia-related reporting you will notice it is often based on reporters treating assumptions as facts.

The Smollett fiasco is small potatoes compared to the greatest example of media malpractice in recent memory, which was the Iraq War farce. The establishment media weren’t only entirely uncritical in regards to the Bush administration’s outlandish claims regarding WMDs and an Iraqi connection with Al-Qaeda, but were complicit in emotionally triggering the American people to sell them that insidious snake oil.

Back in 2003, during the build-up to the war, dissent was verboten. The media were entirely in lockstep with the Bush administration and acted as stenographers to power as opposed to a check on it, with MSNBC even firing its highest rated host, Phil Donahue, because of his anti-war stance.

Just like the Smollett story and the reporting on Russia, in the Iraq War scam the media discarded skepticism in favor of confirmation bias and virtue/patriotism signaling. The disinformation the media disseminated during this period didn’t just lead to egg on their face, but blood on their hands, as thousands of US service members and over a million Iraqis were killed or wounded.

It would be nice to think that those who fell under the spell of confirmation bias in the Smollett case would have learned their lesson, but if the response of filmmaker Ava DuVernay and author Roxane Gay is any indication, nothing will change. As Ms. DuVernay told the Hollywood Reporter:

“…this won’t stop me from believing others. It can’t.”

“I’m not going to stop believing people who say they have suffered.”

The media is also proving their inability to learn from their mistakes by once again singing in harmony with the Washington establishment chorus who hunger for a coup in Venezuela. The continuing media sycophancy towards American imperialism and militarism across the globe shows a shameful myopia and a stunning historical illiteracy.

As the Smollett story teaches us, confirmation bias is a very addictive drug, and as the corporate media’s Iraq, Iran, Syria, Libya, Russia, and Venezuela coverage shows, it is a dangerous and deadly one, too… and the only remedy for this epidemic of idiocy is an ardent and unrelenting commitment to skepticism.