The US will not retake Venezuela so easily 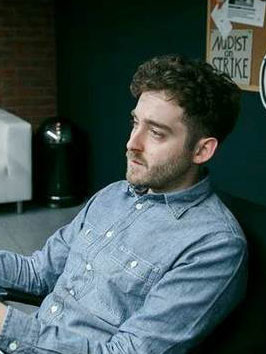 When it comes to Venezuela, both sides of the US political spectrum appear to lack even a basic understanding of the country.

In his 2018 State of the Union Address, US President Donald Trump referred to Venezuela as a "socialist dictatorship" while bragging about imposing crippling economic sanctions on the Latin American nation. Such false accusations aren't limited to the right. Senator Bernie Sanders even went as far as calling Venezuela's former democratically-elected leader, President Hugo Chavez, a "dead communist dictator".

Another recent Washington offender is US Vice President Mike Pence, who said that Venezuela's upcoming May 20 elections "will be nothing more than a fraud and a sham". But what kind of a "sham" democracy uses a highly complex electoral process that combines an electronic fingerprint voting system with an additional paper vote, making it almost impossible to fudge the numbers? He's perhaps unaware of the fact that former President Jimmy Carter, one of the few US political figures to talk any sense on the matter, in 2012 said:"The election process in Venezuela is the best in the world".

Read more
US sanctions on Venezuela 'part of campaign to overthrow government, nothing to do with democracy'

A recent poll by International Consulting Services (ICS) found that President Nicolas Maduro is leading in the polls with 55.9 percent. So who is Pence to question the validity of Maduro's leadership when his boss Trump has a domestic approval rating that currently hovers at around 40 percent? Has he forgotten the Trump administration entered power despite winning 2,864,974 fewer votes than the Democrats in 2016, in an election with the lowest voter turnout for 20 years? If the US is so concerned about electoral fraud in a Latin American country, then why did the State Department recognize the results of the 2017 Honduran presidential elections when they were widely proven to have been fraudulent?

Political figures like Pence make demands for "the Maduro regime to restore democratic institutions" in order to "restore democracy in their country". But in actual fact, the only dictatorial government to have held power in Venezuela since 1999 did so for two days in 2002 after a military coup temporarily removed the country's former leader, President Chavez, from power. It goes without saying that the US government vocally supported this short-lived regime as it went about overturning the country's democratic institutions.

Pence's justification for these views can be found in his false assertions that the Venezuelan government is somehow preventing the opposition from participating in the upcoming election. In reality, Venezuela's largest right-wing opposition group, the MUD, are boycotting the vote in an attempt to delegitimize the process. They are doing so despite repeatedly calling for elections during large-scale protests in recent years that were often marred by violence, with attacks on state institutions. At one point, opposition activists went as far as targeting a maternity hospital. However, one of their number, Henri Falcon, has broken ranks to take part in the presidential race. He's currently polling at 25 percent and is contesting the popular vote alongside three less prominent opposition presidential candidates: Javier Bertucci, Luis Alejandro Ratti, and Reinaldo Quijada. Falcon's decision to participate in the democratic process warranted the Miami Herald to label him as a "traitor".

Other esteemed US publications have also been similarly confusing when it comes to Venezuela. The Washington Post has repeatedly referred to Venezuela as a full-blown dictatorship, yet as soon as this year's election was called, they described it as "terrible news for democracy". Prior to the 2015 National Assembly elections, the same publication ran an editorial forecasting "Venezuela's dirty election approaches" – an election Maduro's socialists not only lost, but they also immediately accepted the results and announced defeat.

Another basis for Pence's accusations that Venezuela is undemocratic is that, as he sees it, the socialist government has stacked the Supreme Court "with its cronies." But if the Republicans had won well over a dozen free and fair elections during the last 18 years, as Venezuela's socialists have, then they too would dominate the US Supreme Court.

There are, of course, legitimate criticisms of Maduro's administration, whose policies have exacerbated the situation. The opposition-dominated National Assembly was dissolved in 2017 because it had illegally sworn in legislators while allegations of vote buying in the 2015 election were still being investigated. This move was overly heavy handed, although it pales in comparison to the injustices meted out at the hands of undemocratic US proxy states, such as Saudi Arabia. But despite controversies like this, just 32 percent of Venezuelans support the economic sanctions the US keeps slapping on the country. Instead of driving a wedge between the government and its citizens as they are intended to do, these measures are actually pushing a large percentage of the population closer to the ruling socialists. This can be seen in Maduro's recent meteoric rise in opinion polls, from his lowest rating of below 20 percent in 2016 to its current level of 55.9 percent.

Most Venezuelans know full well the likes of Trump and Pence, who are currently in the process of deporting 57,000 Hondurans from the US, couldn't care less about their wellbeing. As the nation's representative to the Organization of American States, Samuel Moncada, remarked recently, the Trump administration is the most "racist and intolerant government in recent decades." Many Venezuelans see that US interests in Latin America are diametrically opposed to the aspirations of its poor. They understand the nature of US soft power. This traditionally consisted of backing right-wing strong men, which then developed from the early 80s onwards into fostering the power of corrupt neoliberal governments. Indeed, the reason why there is so much mistrust of the Venezuelan opposition is because they are both led by and represent the interests of the same elites who used to run the country on behalf of the US. This perception was affirmed all too well by the opposition's attempt to seize power in 2002, when it organized a short-lived military coup, as well as an oil sector shutdown, in a move that has been linked to Washington. Leading opposition figures Leopoldo Lopez, Henrique Capriles, and Maria Corina Machado were all involved in this assault on democracy.

If Trump were to implement an oil embargo, as he's been hinting he'll resort to next, this would effectively bring the country to the point of collapse, massively exacerbating the suffering of ordinary Venezuelans. Ninety-five percent of Venezuela's export revenue comes from its state-owned oil company, PDVSA. An oil embargo would take out the government's ability to provide the health, education, and housing programs its lower income citizens are dependent on. But even this would likely see the bulk of the country rally around the government. The US fails to grasp that the Chavista brand of populism under the banner of Bolivar has successfully tapped into a historic source of national pride and anti-imperialist fervor. It has found particularly strong support among those who bore the brunt of years of US-imposed IMF neoliberal measures: the poor. It is now embedded among them. They will not give up their country so easily. If Trump were to ever be so stupid as to launch military action against Venezuela, it would be his Suez.