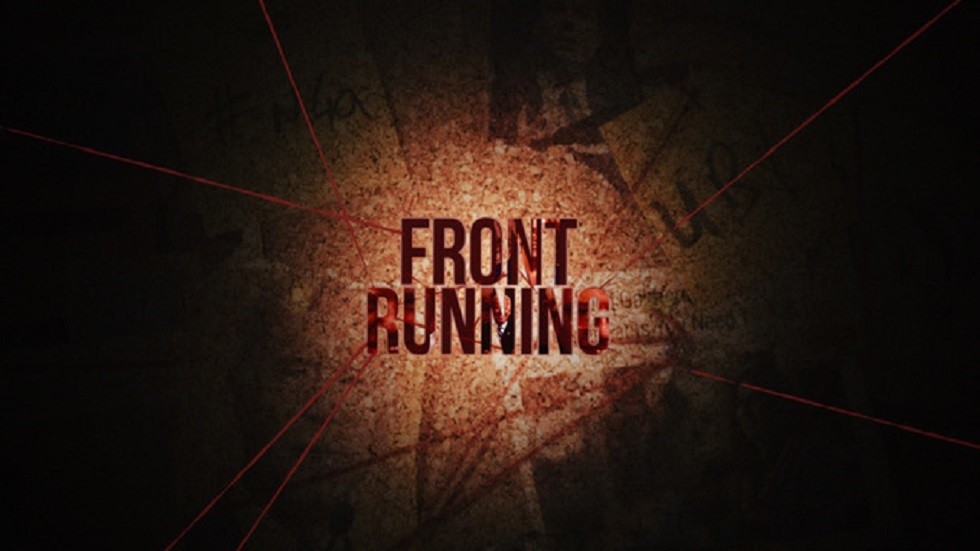 Front Running dives deep into the issues of wealth taxes, Medicare4All, student debt forgiveness, and universal basic income. Gathering together the smartest minds in politics, finance, and economics, the show looks at the radical new economic ideas being offered in order to attract the new largest voting block in America, the Millennials.

In this episode, Front Running takes a look at the policies for criminal justice reform. The US incarcerates more of its population than any other developed nation, and the new generation of voters have had enough of it.

For this episode of Front Running, Max and Stacy are joined by guests Sinclair Skinner, a bitcoin entrepreneur and former mechanical engineer, and Marshall Auerback, a market analyst and Levy Institute researcher. As the boomer generation dies off and the Millennials take their place as the largest voting block, attitudes toward mass incarceration are also changing. The massive increase in locking up the population coincided not only with the Civil Rights era, but also with the emergence of the boomers as the largest voting block back in the late 60s and early 70s.

The explosion of the prison population also happened along with an all fiat currency world where such decadence seemed possible. Can the millennial generation, which is weighed down by household debts, even afford such vengeful policies even if they wanted to? They look at one of the more radical platforms which was that of candidate Julian Castro, who may have exited the race early, but has left behind the very interesting ‘First Chance Plan,’ a direct attack on the Joe Biden backed 1994 Crime Bill. They also examine the role of Black Lives Matter in bringing criminal justice reform to the forefront of a multitude of election platforms. Tune in to hear what Front Running has to say about ending mass incarceration as a political idea whose time has come.

In this episode, Front Running takes a look at the anti-war policies, mainly those from Tulsi Gabbard, the single-issue candidate fighting for peace. The US military occupies or operates in over a hundred nations on earth, is peace even an option at this point?

For this episode of Front Running, Max and Stacy are joined by guests Dr. Michael Hudson, author of 'Super Imperialism,' and Jim Kunstler, the author of 'The Geography of Nowhere' and 'The Long Emergency.' As the US begins yet another year of the endless war first started in earnest in 2001, has the new generation of voters had enough? Tulsi Gabbard is certainly setting hearts racing … in the cable newsrooms where talking heads sponsored by “Raytheon”, “Lockheed Martin” and “Boeing”, responded in horror at her suggestion that the US retreat from even just a few of its wars. Dr. Michael Hudson notes that war is one of the few partisan issues that both sides of the political aisle always get behind. He further notes that it is the US dollar which enables this by essentially forcing foreign nations to finance its military. Tune in to hear what Front Running has to say about the remote chance for peace anytime in the near future.

In this episode, Front Running looks at the proposals to deal with the student debt issue weighing down on the economic futures of the Millennials and Generation Z.

For this episode of Front Running, Max and Stacy are joined by guests Dr. Michael Hudson, an economist and author of 'Super Imperialism,' Professor Steve Keen, an economics professor and the author of 'Debunking Economics,' and Randy Voller, the former mayor of Pittsboro, North Carolina, and the former head of the Democratic Party of North Carolina. Student debt has more than tripled in under a decade, now topping out at $1.6 trillion. This rapid increase in the debt load on young people is not only harming household formation, but also the overall economy, which needs more consumers and mortgage debt holders to keep it all afloat. It is an issue animating a large voting block of young voters demanding their debts be written off, so that they, like previous generations, can start adulthood without the burden of so much debt. The inflation-busting annual increases in the cost of education are largely down to the introduction of the neoliberal ideology in the mid to late 80s, which saw education pitched as an individual good rather than a societal one. A degree was a product just like any consumer good, and administrators were the best to sell this product rather than professors or educators. So which of the candidates for the Democratic nomination offers the best chance to deal with this debt? Is Bernie Sanders' plan to wipe out all the debt and make tuition free the right choice? Or is Elizabeth Warren's plan to forgive up to $50,000 in debt and then offer lower interest rates on new debt a more sensible plan? How can this system be handled at all, if we don't even have an industrial capitalism here anymore? Tune in to hear what 'Front Running' has to say about the great student debt problem.

In this episode, Front Running looks at the ‘ban fracking’ proposals for the US energy policy coming from some of the Democratic candidates.

Max and Stacy are joined by guests Dan Collins, a former auto executive in China, and Tyson Slocum, head of the energy program for Public Citizen. As the US becomes a major oil and gas producer thanks to the fracking policies pushed by former Democratic President Barack Obama, some candidates are now suggesting they would ban the oil and natural gas production method, which is wildly unpopular with most progressive voters. Is this even a remote possibility when billions of dollars are being spent on LNG terminals along the Gulf Coast? Also, does natural gas provide a ‘bridge fuel’ to a more sustainable energy future? And, if electric vehicles and smart grids are the future of energy provision, then will lithium become the new oil in terms of geopolitical unrest and conflict? With his background in automobile manufacturing, Dan Collins believes that the cost of mobility will collapse due to electric cars and autonomous vehicles. This could set in motion a huge boom in productivity and economic growth. So, how to unleash innovation in renewable energy, transport, and electrification? Tune in to hear what Front Running has to say about our electric future.

In this episode, Front Running takes a look at the policies for Wall Street reform causing bankers to publicly denounce some of the Democratic candidates. Bankers are warning socialism and ruin will follow any reform, but voters want some justice for the system they believe has delivered record levels of inequality.

For this episode of Front Running, Max and Stacy are joined by guests Dr. Michael Hudson, a former balance of payments economist at Chase Manhattan Bank and author of “Super Imperialism,” and Randy Voller, the former mayor of Pittsboro, North Carolina and the former head of the Democratic Party of North Carolina. Barack Obama had been voted into office in 2008 on the hope of change on Wall Street where bankers had just taken the world economy to the brink of disaster. Young voters and Occupy Wall Street activists wanted bankers punished for the widespread fraud that was evident to almost all in the aftermath of the global financial crisis. Instead Obama, once in office, vowed to ‘look forward, not back’ and his attorney general, Eric Holder, implemented the ‘Holder Doctrine’ whereby banking crime was not prosecuted for fear of collateral damage to the economy. Still yearning for economic and financial justice, however, Democratic voters are demanding action is taken by the next Democratic administration, and some of the candidates are promising it. Front Running guests review the plans and policies being presented, from a financial transaction tax to the restoration of Glass-Steagall, and ask whether the system is beyond repair at this point. Tune in to hear what Front Running has to say about ending Wall Street fraud and the bank bailouts which inevitably follow.

In this episode, Front Running looks at the universal healthcare proposal of Medicare4All which Bernie Sanders first made a big campaign issue in his 2016 battle against Hillary Clinton for the Democratic nomination. That forever changed the realm of possibility on the Democratic side and opened the way for radical economic ideas to be pitched to the voter.

For this episode of Front Running, Max and Stacy are joined by guests Dr. Michael Hudson, an economist and author of ‘Super Imperialism’, James Howard Kunstler, a social critic, public speaker, and author of ‘The Long Emergency’, and Randy Voller, the former mayor of Pittsboro, North Carolina, and the former head of the Democratic Party of North Carolina. Medicare for All is Wall Street central planning. Healthcare costs take up 18% of US GDP, a fact which is crippling the economy and causing widespread undue suffering and financial hardship for a wide swathe of the voting population. Front Running and their guests look at the racketeering responsible for much of the costs, which are far higher than in any other advanced economy, and also for the high rate of mortality unseen outside of war or pandemic. Dr. Michael Hudson notes that we’ve lost the distinction between value and rent. We also haven’t even tried the experiment of making healthcare providers post their costs transparently in order to rid ourselves of the nonsensical negotiation racket which plagues the Kafkaesque bureaucracy that is US healthcare. In terms of solutions so far proposed, a solution that both right and left agree on is to outsource our socialism through drug re-importation, whereby other nations with ‘socialized’ medicine negotiate lower prices for pharmaceuticals and then we in the US can then import their drugs at the better price they are able to negotiate because they are allowed to negotiate. Will the US ever join the developed world in having universal healthcare? Can a financialized system ever rid itself of predatory capitalists seeking economic rent from services like healthcare? Tune in to hear what Front Running has to say about Medicare4All and why it is considered a healthcare racket.