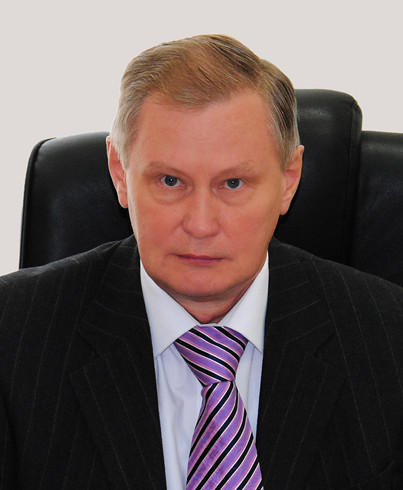 Mikhail Khodarenok
is a military commentator for RT.com. He is a retired colonel. He served as an officer at the main operational directorate of the General Staff of the Russian Armed Forces.
Get short URL
A military parade, Kiev, Ukraine, August 24, 2018 © Reuters / Gleb Garanich
Follow RT on

Tensions between Russia and Ukraine will not escalate beyond minor skirmishes in the Black Sea and the Sea of Azov.

Lately, there has been an increasing number of voices suggesting the possibility of a large-scale armed conflict between Russia and Ukraine. Russian and Ukrainian media alike have published stories expressing this very idea. With that in mind, let us look at the likelihood of an actual war breaking out between Moscow and Kiev under present circumstances.

When assessing the probability of a conflict between the two countries, both Russian and Ukrainian military officials and analysts usually start by breaking down the balance of forces, the capabilities of both sides, the proficiency of their respective troops, and the tactical and technical characteristics of their weapons. What they tend to overlook, however, is military-political aspects, as well as strategic and tactical components.

Not to mention, some of the assessments and predictions are alarmist in nature, filled with blatant fear mongering. For example, you are sure to come across headlines such as 'The probability of full-scale war between Russia and Ukraine is estimated at 99%', 'Conflict is inevitable, as the West is preparing Ukraine for war with Russia', 'Ukraine is planning a large-scale invasion of Russia with the goal of seizing its southern regions and taking back Crimea', 'NATO troops will operate under the Ukrainian flag, posing as Ukraine's army', and similar kind of drivel and plain fabrication.

The authors of such publications never bother to point out the possible military and political goals of the two potential warring parties. Neither do they tell whether Russia or Ukraine are actually capable of achieving said goals. Moreover, hardly ever do you see them spending a line or two sketching out a possible post-war settlement or explaining what the new balance of power will be like once the hostilities are over.

Yet this should be the foundation of your analysis: you start by formulating – very clearly and in great detail – the military and political goals of any potential war. In fact, this task is to be done by the political leaders – and not so much by the top military officials. The resulting document should be a short (no more than a page long) text containing four to five items: for example, what military-political, territorial and economic demands are to be made against Moscow (Kiev), how they will be resolved in the course of the upcoming armed conflict and, finally, how the Ukrainian (Russian) politicians and military officials see the resulting post-war landscape.

Without having first identified these goals, one would simply waste time trying to assess the ratio of troops or tactical and technical features of individual weapons or pieces of military equipment – yet this is exactly what the military analysts on both sides have been doing lately. At times, they go so far as to analyze the combat capabilities of individual regiments and even squadrons: say, the 3rd Squadron of the 39th Aviation Regiment of the 27th Mixed Aviation Division of the 4th Air and Air Defence Forces Army of the Russian Armed Forces. In other words, they attempt to predict in detail the forthcoming hostilities between subunits or even individual units.

It is worth noting that, in terms of delineating any specific military-political goals of the potential conflict, nothing has been done so far by the Ukrainian side. In fact, nothing of the sort has even been attempted. Nor is there any decently made military-political analysis of the components to a hypothetical armed conflict prepared by Kiev. The military and political leadership of Ukraine never actually went beyond continuous accusations about Russia's alleged aggression.

Apparently, there are reasons why it still has not crossed this line.

First, precisely formulated and put on paper, any military-political goals involving a large-scale armed conflict with Russia would look like, to put it bluntly, delusional.

Could you seriously say things it would have to contain, out loud: "As part of a short military campaign, defeat the main forces of the Russian Army deployed at the state border of Ukraine; assault and capture the city of Moscow and St. Petersburg; proceed to the Ural Mountains and the adjacent areas of Western Siberia and force the opposing side to sign a peace treaty on conditions favorable to Ukraine."

This looks so unrealistic that it's hard to believe the Ukrainian military are even discussing it, let alone making some real plans on paper.

Second, even if the Ukrainian military were to get such an order, they would have to face the fact that they have no resources or capabilities to implement it, and that's something they won't have for quite a while. As of today, the Armed Forces of Ukraine have very modest, to say the least, Navy and Air Force. Let's be honest, even the country's ground forces are not much of a force.

To win a war against a supreme military power, one needs to deliver a preemptive decisive blow of the kind the enemy cannot recover from. With the military capacities Ukraine has now it's simply impossible.

It's only fair to assume the Ukrainian military know this just as well, which is why it appears highly unlikely they would be considering starting a war against Russia.

The idea of Russia invading Ukraine is just as unrealistic, first and foremost for one good reason, or rather the absence of any good reason, whether military or political, to do so.  While Russia does have the military capabilities to crush the Ukrainian Army, it's completely unclear why that would be necessary or what the plan could be for post-war Ukraine in such a case.

The international community is also not very supportive of Russia, to say the least. Deemed by many world powers to be no less than 'a force of evil', Moscow would need to feel really politically suicidal to begin a military campaign against Ukraine.

There's yet another important lesson history teaches us: states going through a serious economic crisis are very unlikely to engage in a war, let alone start it. It's no secret to anyone that neither of these two economies under discussion is exactly booming. A full-scale war would add such a financial burden to their budgets that might simply devastate them.

Thus, the only place a war between Moscow and Kiev may exist is the narrative created by the relevant expert communities. Former Deputy Chief of the General Staff of the Ukrainian Army Lieutenant General Igor Romanenko's statements on the subject appear to be quite realistic. Among other things, he did say that the conflict in the Sea of Azov might lead Ukraine to a "big war" with Russia. He also gave a very sensible assessment of the scope of military help Ukraine would get from the West in such a case – he said there would be none. Lieutenant General did not talk about what military or political objectives a full-scale war between Ukraine and Russia might actually pursue, though, so that remains a mystery.

To sum it all up, it seems quite fair to say that a large-scale war between Russia and Ukraine is highly unlikely in the foreseeable future, and all we might continue to see is a series of small incidents in the Sea of Azov and the Kerch Strait, which will be most likely resolved peacefully by way of negotiation.