INF withdrawal imperils not just Europe, but US as well 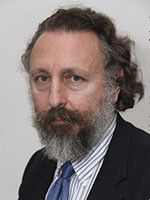 With the US acting as chief prosecutor, the spinelessness of America’s so-called European allies is relevant. Some of them don’t want the US to pull out of the INF Treaty but also don’t have the guts to stand up to Washington.

At this point it seems almost certain the Trump administration will follow through on its threat to pull out of the Intermediate-Range Nuclear Forces (INF) Treaty. Originally concluded between the US and the USSR in 1987, the treaty was one of President Reagan’s proudest achievements, which in effect eliminated an entire class of nuclear weapons in the range of 500km (310 miles) to 5,000km (3106 miles).

It is unclear, however, how ditching this important part of Reagan’s legacy will make the United States any better off. Doing so would lead to a new arms race in the intermediate range – which Moscow declares its willingness to undertake, however reluctantly – and these new weapons that will have to be paid for.

Ironically, on December 3 US President Donald Trump signaled in a Tweet that a new, expensive arms race is exactly what he does not want:

“I am certain that, at some time in the future, President Xi and I, together with President Putin of Russia, will start talking about a meaningful halt to what has become a major and uncontrollable Arms Race. The U.S. spent 716 Billion Dollars this year. Crazy!”

I am certain that, at some time in the future, President Xi and I, together with President Putin of Russia, will start talking about a meaningful halt to what has become a major and uncontrollable Arms Race. The U.S. spent 716 Billion Dollars this year. Crazy!

Literally the following day, though, US Secretary of State Mike Pompeo laid down an ultimatum to Russia to confess to violating the treaty and dispose of the offending missile, the 9M729, or the US would pull out of the agreement.

Moscow has repeatedly said that the missile range is no longer than the 500km (310 miles) banned by the INF treaty. But as Pompeo put it, the Russian violation “cannot be viewed in isolation from the larger pattern of Russian lawlessness on the world stage. The list of Russia’s infamous acts is long: Georgia, Ukraine, Syria, election meddling, Skripal and now the Kerch Strait, to name just a few.”

So, does the US accusation reflect specific and genuine concerns that the Russians have actually violated the treaty by testing the 9M729 within the prohibited range (which is the criterion for noncompliance)?

Or is it is simply another step in further demonizing Russia and dismantling the edifice of arms control carefully built by Washington and Moscow during the first Cold War?

Pompeo’s placement of the INF in the standard list of bad deeds imputed to Russia without proof – or any need for it – points strongly to the latter. So, does Washington’s refusal to provide Russia, much less the general public, with any evidence that Russia has violated the treaty, since that would of course compromise intelligence “sources and methods.”

Also on rt.com US demands Russia ‘end or modify’ missile it doesn’t like to save INF treaty

Thus, with regard to the INF Treaty, as with pretty much everything else relevant to the US attitude towards Russia, Moscow is treated as an accused criminal. In the absence of proof everyone is supposed to accept US claims on trust (like WMDs in Iraq). Perhaps American policymakers think Russia can be treated like a giant Maria Butina – just mete out some rough treatment and a broken Moscow will finally see no other option but to plead guilty and beg for mercy.

With the US acting as chief prosecutor, the spinelessness of America’s European so-called allies is relevant. Some of them, notably Germany (itself facing US sanctions over Nord Stream 2), don’t want the US to pull out of the treaty but also don’t have the guts to stand up to Washington.

US threats to deploy intermediate-range missiles in Europe (in the absence of the treaty) would be meaningless unless European countries were willing to host them. Such deployment would inevitably will make European countries a target for Russian weapons. But while the European Union whimpers that it would be better to keep the treaty (just like it whimpered weakly about the Iran nuclear deal, on account of which Europe now courts secondary US sanctions), NATO – mainly the same countries as belong to the EU – dutifully backed up the US position.

It seems that today the Europeans’ servility to their master across the Atlantic outweighs even their survival instinct. Whereas in the 1980s the first intermediate-range deployment of US Pershing missiles sparked a huge, mainly leftist, European peace movement (which in turn helped lead to the INF Treaty in the first place) nothing of the sort exists now.

This perhaps reflects the fact that today’s Left in Europe and America – which has little affinity with ordinary working people and is obsessed with Cultural Marxist identity politics (what the Chinese mockingly call baizuo, 白左, “white left”) – has become quite anti-Russian with the demise of communism.

In this analyst’s opinion it would be wrong to say that Moscow is blameless – no, not because the Russians have allegedly violated the treaty – because in the face of abusive accusations they have continued to expect a reasonable “businesslike” dialogue with their US “partners.”

Notably at the United Nations, while the US side has sought to push Russia into a corner, Russia is dutifully on the defensive, seeking to play the diplomatic game “by the book” and hoping to win support by being balanced and non-judgmental. It doesn’t work.

For example, why has Russia not made a bigger issue of US deployment of Mk-41 launchers in Poland and Romania? As Ambassador Steven Pifer of the Brookings Institution points out:

“The U.S. government also could have treated with greater seriousness the Russian charge that the Aegis Ashore deployment in Romania of an Mk-41 launcher system for SM-3 missile interceptors was inconsistent with the treaty. An Mk-41 launcher on a U.S. warship can carry lots of other weapons, including cruise missiles; Russian officials contended that it was a prohibited launcher of land-based intermediate-range missiles."

“U.S. officials should have made clear to their counterparts that, if they would seriously address U.S. concern about the 9M729, then the U.S. side would deal with the Russian concern about the Mk-41. Would these political and military steps have succeeded? We will not know, because Washington did not try.”

Well, perhaps one reason the US hasn’t “treated with greater seriousness” Russian concerns about the Mk-41 is that the Russians haven’t demanded it as insistently as the US complains about the 9M729. Why not?

More disturbing is the observation by Ambassador Pifer (who is no soft-liner on Russia) that when it comes to the INF Treaty Washington did not even try to save it. It’s hard to miss the conclusion that whatever the merits of US concerns about the 9M729, that missile isn’t the cause of a reluctant US decision to withdraw. Rather it is a pretext for what the US wants to do for other reasons.

The New York Times speculates that:

“ . . . the administration may be more interested in abandoning the I.N.F. Treaty so that it can deploy medium-range missiles to Asia. China is a growing threat that relies on similar missiles for 95 percent of its ground-based fleet. It also is not part of the treaty and is not restricted in its missile development. That same goes for Iran, India, Saudi Arabia, North Korea and the other six countries with fast-growing missile arsenals.”

So, perhaps we can hold out hope in line with Trump’s December 3 tweet that his real intention is to replicate his uncertain win on denuclearizing Korea. Maybe threatening to pull out of INF and accusing Moscow of every offense known to mortal man is just part of the “art of the deal,” like his exchange of threats and insults with North Korea’s Kim Jong-un.

Perhaps the real goal is a new and better deal with Russia, maybe including China as well. But if that were so (there’s no evidence for that) there’s no need to dump the current agreement or even to threaten to do so. There is a lot that has changed technologically since 1987, and updates and revisions, perhaps in a protocol to the existing treaty with technical revisions might be in order.

The irony is that if the US opens a new intermediate-range arms race, Russia may be prepared to act more quickly to respond than the US is. While, as noted, the US would have to begin discussions with NATO allies about hosting, Russia could deploy in waters within range of those same allies’ sea-based platforms (which don’t violate INF in any case) carrying the Kalibr sea-based attack missile used by the Russian navy against targets in Syria.

Russian President Vladimir Putin has stated that similar systems could easily be fitted for land deployment and that hypersonic weapons are also available. For that matter, Venezuela – where, to US chagrin, two Russian Tu-160s strategic bombers recently paid a demonstration visit – is within intermediate-range of most of the continental United States as far as Denver, Colorado and Saint Paul, Minnesota, not to mention Boston, New York, and Washington, DC.