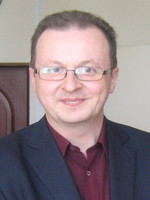 Dmitry Babich
Dmitry Babich was born in Moscow, in 1970. He has worked for various media outlets for 25 years, including The Moscow News and RIA Novosti news agency. He is currently working as a political analyst at Sputnik International, and is a frequent guest on BBC, Al Jazeera, CNN commenting on international affairs and history.
Get short URL
FILE PHOTO: OSCE monitors walk on the wooden bridge connecting Ukraine and the Lugansk People's Republic. © Sergey Averin © Sputnik
Follow RT on

As Russian and Ukrainian representatives head to New York for the session of the United Nations’ General Assembly, it is becoming clear that each delegation will propose its own variation of a draft resolution for the settlement of the conflict in eastern Ukraine.

President Putin has shown some flexibility in his recently unveiled project to invite United Nation peacekeepers into the conflict zone. In a phone conversation, German Chancellor Angela Merkel agreed with Putin’s initial suggestion of sending a peacekeeping mission to the dividing line between the warring parties in Ukraine, while suggesting that foreign peacekeepers could be deployed in other areas of the embattled Donetsk People’s Republic and Lugansk People’s Republic (DNR and LNR).

Initially, Putin suggested bringing the UN peacekeepers to the dividing line to provide security to OSCE observers in the area and make sure the two sides withdraw heavy weapons miles away from the dividing line.

The news about the change in Putin’s position came on the eve of the opening of the UN’s General Assembly, where both the Russian and the Ukrainian presidents will have a chance to present their views on settling the conflict, which has claimed 10,000 lives since the regime in Ukraine was violently changed - with support of the US and the EU - in 2014. The ousting of the legally elected President Yanukovych led to an armed conflict between the pro-Russian population of eastern Ukraine (DNR and LNR) and the newly established pro-Western regime in Kiev.

The talk with Merkel brings Putin’s position a step closer to the stated desires of Ukrainian President Petro Poroshenko, who wants OSCE observers and UN peacekeepers deployed on the entire territory of the rebellious DNR and LNR. If the peacekeepers “happen” to be from the US, the EU or the countries loyal to them, Poroshenko will have all the prerequisites for reaching his ultimate goal – to re-establish the control of his regime over DNR’s and LNR’s border with Russia.

The US and the EU so far have shown an almost unconditional support for Poroshenko’s government, propping it up with privileged IMF loans (sometimes bending IMF’s own rules to save Kiev from insolvency), military supplies and diplomatic support.

As Bogdan Bezpalko, deputy head of the Center for Ukrainian and Belarusian at Moscow State University (MGU), told me: "The sympathies of the Western observers in the conflict between DNR/LNR and the Kiev regime are clear – they are with Poroshenko.”

“Since 2014, Poroshenko has cut all the food supplies and money transfers to DNR and LNR. In the first months of 2017, the last supplies of electricity and water were also terminated. All supplies for more than three million people living in Donetsk and Lugansk come from Russia. So, if Poroshenko has control over their border with Russia, he will simply starve them into submission. How long can the people, even the most determined ones, resist without water, energy, and food? Two days, not more,” he added.

The devil is in the sequence

Most observers, however, don’t believe DNR and LNR will allow Poroshenko to control their border with Russia without Kiev fulfilling its obligations under the Minsk II Agreements – a document signed in 2015 and formally recognized by both Moscow and Kiev. Under the Minsk agreements, Kiev should give the Russian-speaking areas of south eastern Ukraine (a region called Donbass) a “special status,” stop the economic blockade of the area, declare a general amnesty for the “separatists” and do a number of other things that should make the people of Donbass feel at home in Ukraine. Under the Minsk agreements, only AFTER Kiev fulfills its side of the obligations, DNR and LNR are supposed to provide the Ukrainian border guards access to their border with Russia. This is the sequence of moves as it is set out in the text of the Minsk II Agreements, but the Ukrainian side is now disputing this course, saying that “establishment of secure conditions” (meaning the dismantling of DNR and LNR) should come first.

The Ukrainian authorities have been unable to fulfill their side of the deal so far. The deadlock is mostly explained by the resistance of radical Ukrainian nationalists, who reject any compromise with “Muscovites,” as they call the people of Donbass. For example, when the Rada declared its intention to discuss “decentralization” of state rule in Ukraine at its session in August 2015, the radical nationalists staged violent protests near the Ukrainian parliament. They declared it unacceptable that the discussion could lead to the real “special status” for Russian-speaking regions (even though this is precisely what the Minsk agreements require). As a result of a nationalist protest on August 31, 2015, four servicemen of the Ukrainian National Guard were killed when they tried to prevent former Maidan “activists” from disrupting the parliament’s work. Since then, the Rada showed little interest in “decentralization,” not to speak of special status for Donbass.

Maxim Yusin, deputy editor of the foreign news department at Moscow-based liberal Kommersant daily, told me that although President Poroshenko formally disagreed with the nationalists, "in facthe supported their policy line by his actions and inactions. He did not prevent the so called activists from Ukrainian and émigré Crimean Tatar nationalist organizations from blowing up the electricity lines leading to the Russian-controlled Crimea.

"All of this undermines the credibility of Poroshenko’s government at the negotiations on the future of Russian-speaking regions,” he added.

In these conditions, as the UN’s General Assembly is opening its session in the New York, both Russia, and Ukraine are expected to present their own versions of the settlement, with a pretty slim chance of agreement. A change of the ruling team in Kiev could provide some hope, with the presidential elections scheduled for 2018, but the most recent developments offer very little hope for change.

The recent flamboyant return to Ukraine of the controversial former Georgian President Mikhail Saakashvili, who positions himself as the leading Western-supported alternative to Poroshenko, has repositioned the figures on the chessboard of Ukrainian politics.

In the opinion of experts, Saakashvili’s comeback is a bad omen for those having hopes for a more sensible team to run Ukraine and come to an agreement with Russia. Both Poroshenko and Saakashvili are seen by experts as unfit to negotiate with Russia. Poroshenko is disqualified by a sequence of hostile moves and the war in Donbass, while Saakashvili is officially a “non-person” for the Russian politicians due to a short military conflict between Georgia and Russia in 2008, unleashed by Saakashvili’s unsuccessful attempt to return a separatist region of South Ossetia back into Georgia’s fold.

“If you watch the video of Saakashvili’s forcing his way through the Ukrainian border with Poland on September 11, you are going to see the leaders of major factions of the Rada greeting him – Yulia Tymoshenko of the Fatherland faction, and Andriy Sadovyi of the Ukrainian Samopomoch faction. You are going to see the former head of the feared Poroshenko’s security service, the SBU, Mr. [Valentin] Nalivaichenko,” Iskander Valitov, an analyst at the Moscow-based think tank, the Zinovyev Club told me. “These are serious people, and they don’t participate in ad hoc adventurist actions, such as an illegal crossing of the border by a flamboyant political leader. Despite some theatrical resistance from Ukrainian border guards, Saakashvili’s crossing of the border inside a crowd of supporters would not be physically possible without some powerful support from Kiev and from abroad. And the 'welcoming committee' of the Ukrainian politicians was clearly formed by some very important supervisors from the US and the EU. This means that the West chose to maintain Saakashvili as the most viable alternative to Poroshenko.”

In many ways, Poroshenko is personally responsible for creating his own nemesis in the person of the former Georgian president. Saakashvili was given Ukrainian citizenship by President Poroshenko in 2015, even though he faced charges of corruption and embezzlement in his native Georgia. Poroshenko made Saakashvili the governor of Odessa, praising the impulsive and rude Georgian as a valuable specialist, a professional reformer. However, in 2016 Poroshenko forced Saakashvili to resign after a string of disputes between Saakashvili and members of the former Prime Minister Arseny Yatsenyuk’s government. The level of bad blood between the president and the “professional reformer” kept soaring, and in July this year, when Saakashvili was abroad, Poroshenko revoked Saakashvili’s Ukrainian citizenship, citing formal reasons.

“Poroshenko revoked Saakashvili’s citizenship under a very hypocritical pretext, citing the fact that Saakashvili did not fill out the question asking if he had any criminal cases started against him in his native country,” commented Mikhail Pogrebinsky, the head of the Kiev-based Center for Political Research and Conflict Studies. “Well, the world’s press was full of stories about the Georgian government seeking to have Saakashvili extradited to them for embezzlement. Everyone knew about cases had started against Saakashvili, Poroshenko included. So, this story just tells you something about the level of integrity of the current Ukrainian government. Of course, with partners like these, it will be hard for Russia even to freeze the conflict in eastern Ukraine, not to speak about ending it.”

So, the road ahead looks bleak and long indeed – with or without UN peacekeepers in the embattled Donbass. In the atmosphere of suspicion and confrontation, President Putin’s desire to put the peacekeepers at least on the dividing line may be just a desperate attempt to ease the fighting without removing the causes of the conflict. But under the current circumstances, even this modest desire looks like wild idealism.