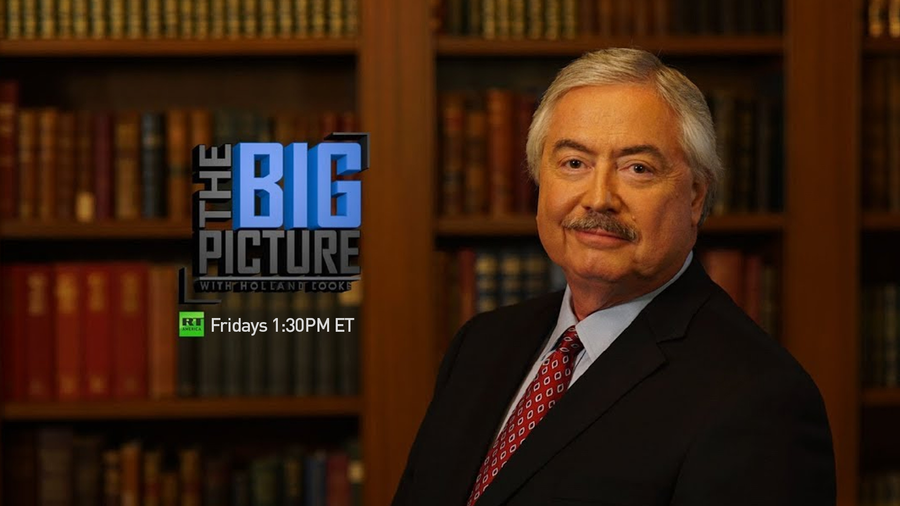 The Big Picture with Holland Cooke tackles the latest in political news, debates, commentary and more. The program airs live every Friday at 1:30 PM ET, with re-runs at 7 PM and 10:30 PM EM on Friday and Mondays at 01:30 PM ET.

Cave syndrome: Another fall, another shutdown?

Covid cases are approaching numbers we saw in the winter. With another lockdown increasingly likely, what long-term effects have we seen from prolonged isolation? NJ recovers from Hurricane Ida, while Florida is inundated with new coronavirus cases.

The world watched in horror live coverage of the 9/11 attacks, and 20 years later, deniers remain dug in despite evidence to the contrary.

The Big Picture commemorates its 200th show by reflecting on the “stories of our lifetimes.”

Vaccine mandates continue to stir controversy in both the private and public sectors. Meanwhile, remote workers are reluctant to return to offices after spending over a year grinding it out from home. CEO of OperationsInc David Lewis cautions that these employees could fall behind their on-site counterparts. Plus: The pandemic-long surge in background checks and gun purchases triggers an ammunition shortage. And as worsening droughts and an ongoing labor shortage spell trouble for our food supply, engineer Nick Collins explains how controlled environment agriculture could be the solution, as growers turn to hydroponics and vertical farming. Plus a word of caution against problem gambling, after the Supreme Court permits states to legalize sports wagering.

Science behind decision-making: From vaccines to Afghanistan

There’s a constant tug-of-war between fact and fiction that’s oftentimes keeping the exchange of ideas in a stranglehold. From debates over vaccines to the blame game erupting over Afghanistan, it turns out there’s a studied science behind decision-making. Attorney and sociology professor Nika Kabiri explains how ideas – not facts – are more effective when trying to dissuade people from doubling down. The Afghanistan war cost Americans nearly $2 trillion on top of thousands of lives lost. While pundits scramble to make sense of what was ultimately gained, we tally the major expenses accrued over the past 20 years. And modern retail is growing increasingly reliant on hidden fees. From hotel surcharges to processing fees, attorney and professor Steven Weisman explains how sellers in every industry use ‘drip pricing’ to tighten the squeeze on consumers. Plus, in the wake of the calamitous Afghanistan exit, former RI governor Lincoln Chafee’s criticism of unauthorized military operations still rings true. He was the only Senate Republican to vote against the Iraq War.

The Delta variant keeps much of the US stuck in the mud over mask requirements and vaccine mandates. Former Pentagon official Michael Maloof shines a spotlight on China, where there’s been minimal pushback against pandemic protocols. Amid today’s labor shortage, Strelmark president Hilary Fordwich discusses how workers can leverage their way into asking the boss for a raise. While nature has always produced more women than men, national policies and cultural preferences have seriously tipped the scales around the world. Michael Maloof and Hilary Fordwich discuss the global ramifications of increasingly lopsided populations, including how the militaries could capitalize on the surplus of unmarried men in China and India.

Back to school: Dodging Delta

Parents weary from a year of homeschooling are eager to send their kids back to class – but is it safe?

From vaccine efficacy to mask mandates, ‘alternative facts’ have taken over the media – proving lethal for thousands of Americans.