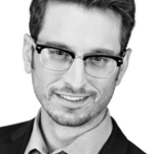 Sam Sacks is a political commentator and journalist, the last five years spent covering politics in Washington, DC. He worked as a staffer for a member of the US House of Representatives during the 111th Congress, advising on issues ranging from election reform to government oversight to ethics investigations. Upon leaving Capitol Hill before the 2010 elections, he went to work as a senior producer for RT’s The Big Picture with Thom Hartmann. He was a routine guest on the show, and often filled in as host. He also produced RT’s live Third Party Debate between Dr. Jill Stein and Gary Johnson in November of 2012. And he co-anchored RT’s live election night coverage. Sam has appeared as a guest for RT News and other international networks. He's also contributed to numerous online and print outlets including RT.com, Truthout.org, Alternet.org, and Hustler magazine. Currently, he’s the founder and editor of The DC Sentinel at DCSentinel.com. Follow Sam on Twitter: @SamSacks

President Obama defended the spying scandal on his tour of Africa, and was joined by predecessor George W Bush, which highlighted how similar they have become by forgetting campaign promises while occupying the White House.

President Obama’s Africa trip is overshadowed by new allegations that the United States is committing widespread surveillance on its allies. The President defended these NSA programs saying that all countries are doing similar snooping.

"They're going to be trying to understand the world better and what's going on in world capitals around the world, from sources that aren't available through the New York Times or NBC News," he said in Tanzania this week.

He added, "I guarantee you that in European capitals, there are people who are interested in, if not what I had for breakfast, at least what my talking points might be, should I end up meeting with their leaders.”

Appropriately, just as President Obama was defending his administration against these spying scandals, he was joined in Africa by his predecessor, George W. Bush.

Presidents 43 and 44 met in Tanzania on Tuesday laying a wreath at the site of the 1998 American embassy bombings. They were together far, far away from the White House, an office currently dealing with the fallout from all its intelligence secrets being laid bare for the world to see. Secrets created by both Presidents Bush and Obama.
These two men couldn’t be more different. Barely of the same generation, they are from different socio-economic backgrounds, from different parts of the country, and from different intellectual backgrounds and professions. They had different upbringings, different hobbies, and different religious beliefs.

But they did hold the same office. And that’s why on Tuesday, in Tanzania, Bush and Obama looked more similar than ever before. It’s as though the White House took hold of these two very different men, chewed them up and spit them out into two monochromatic globs who forgot who they were before moving in to the highest office in the land. And most importantly forgot their ideals.

Remember, it was as a presidential candidate in 2008 that Barack Obama opposed mass domestic surveillance, saying:  “I will provide our intelligence and law enforcement agencies with the tools they need to track and take out the terrorists without undermining our Constitution and our freedom. That means no more illegal wire-tapping of American citizens. No more national security letters to spy on citizens who are not suspected of a crime. No more tracking citizens who do nothing more than protest a misguided war. No more ignoring the law when it is inconvenient. That is not who we are.”

Edward Snowden's leaks prove that now as President, Obama has thrown out all those campaign promises. Not only that, he’s expanded their global reach and justified this expansion by basically saying, “All countries are doing it so we have to also.”

This is what five years in the White House does to a person.

And remember, it was as a Senator in 2007 that Barack Obama supported legislation that would have protected journalists from heavy-handed subpoenas by the DOJ. It was called the Free Flow of Information Act, and it was directly opposed by George W. Bush in the White House. The legislation failed, and two years later, when Obama was in the White House, he made sure the legislation went nowhere, working actively to water it down. And then his Justice Department went to unprecedented lengths to target journalists at the AP and at Fox News.

And of course, one can only assume, that as a member of the Illinois Senate in 2002 when he spoke out so passionately against the Iraq War, that Barack Obama didn't imagine a decade later he'd be at the helm of a global drone war targeting not just Afghanistan and Iraq, but also Pakistan, Yemen, and Somalia.

So, what causes the transformation? Maybe it’s what Eisenhower warned of in 1961 – the power of the military industrial complex. Maybe it’s the immense political pressure to keep the nation safe from terrorism. Maybe it’s the weight of responsibility of steering a world superpower. Maybe it’s a combination of all of these.

But the office has affected not just Obama and Bush, but also Clinton and George HW Bush and Reagan. All have used the force of our military around the world.

The only President who didn’t start his own conflict was Jimmy Carter more than 30 years ago. Carter also tried to ban extra-judicial assassinations. And today, he’s distinguished himself from both Bush and Obama, calling Snowden's leaks "beneficial".

But Carter was tossed out of the White House after only one-term. The Presidents who came later learned this lesson. And now, both of them two-term presidents meet in Africa. Bush, the man who created the machine, and Obama, the man who innovated it.

Both men shaped not by their political ideology, but by their time in the White House taking the reins of the American superpower and doing everything it takes – from war to mass surveillance – to hold on in a world that's becoming more and more hostile to superpowers.