Media 'steered away' from explaining true 'detonation' in Texas 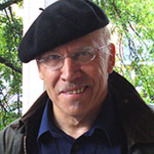 Christopher Busby
Christopher Busby is an expert on the health effects of ionizing radiation. He qualified in Chemical Physics at the Universities of London and Kent, and worked on the molecular physical chemistry of living cells for the Wellcome Foundation. Professor Busby is the Scientific Secretary of the European Committee on Radiation Risk based in Brussels and has edited many of its publications since its founding in 1998. He has held a number of honorary University positions, including Visiting Professor in the Faculty of Health of the University of Ulster. Busby currently lives in Riga, Latvia. See also: www.chrisbusbyexposed.org, www.greenaudit.org and www.llrc.org.
Get short URL
Search and rescue workers comb through what remains of a 50-unit apartment building the day after an explosion at the West Fertilizer Company destroyed the building April 18, 2013 in West, Texas. (Chip Somodevilla/Getty Images/AFP) © AFP
Follow RT on

Christopher Busby, a chemist from the UK, bemoaned the media’s lack of explanation on the true cause of the explosion in Texas Wednesday. He told RT the blast posed a threat to firefighters because of "hallucinogenic properties" in airborne chemicals.

My interest and concern is the area of Science and Policy; and also the brushing and spinning of information and expert advice that is brought into media reports of contemporary issues by tame scientists speaking for the establishment. My favorite example is, of course, Fukushima. We saw on TV a trail of such people telling us how the disaster was far less serious than Three Mile Island, then later far less than Chernobyl and later very little, although the affair is far from over. My personal triumph in that was getting it right from the very beginning first on BBC and  ITV and following it up with interviews on various RT news items which were sequentially shown to be correct (and the establishment scientists incorrect, though I see no apologies). But I am not writing about Fukushima here. I want to look a bit more closely at the recent Texas fertilizer plant explosion which I commented on RT on 18th April.

It always amazes me (and many others I expect) that no-one asks the right questions in these affairs.  I was asked by RT to give my “expert analysis” of the health risk from the fumes produced by the explosion. Although my research and expertise is currently in the area of radiation risk, I was trained as a physical chemist, worked in pharmacology and do know something of the subject of the health effects of chemical exposures. I'll say something about that later. But whilst I waited for my slot on the RT news, I found certain critical facts entirely missing. The explosion was of a fertilizer plant producing Ammonium Nitrate. The astonishing thing for me, in listening to the interviewees, including establishment experts, was that no-one explained that Ammonium Nitrate was, in itself, an explosive. Indeed it was employed as such at one time, as the ingredient of the high explosive “amatol”.

Instead we were being led to believe that the explosion was of a tank containing anhydrous ammonia. Now, I once worked in organic chemistry at Queen Mary College London using anhydrous ammonia. The substance is nasty and causes acute toxicity and is stored under pressure, but it does not “explode”. There is no chemical reason why it should.  If a tank of anhydrous ammonia exploded it would only release the pressure of the contained ammonia. There is not much energy in that. But one firefighter at the Texas site likened the explosion to that of an atom bomb, with hundreds of homes flattened. A brief trawl of the internet will show that this was an Ammonium Nitrate explosion. Any expert should know this. It is basic stuff. To labor the point: the severity of the explosion and its devastating effect was not due to the failure of a tank of liquid ammonia. It was due to the detonation of the product, Ammonium Nitrate, which is a high explosive in its own right. There have been several such massive accidents in history. There was the famous one at Oppau in Germany in 1921. There was even one in Texas in 1947. So why not say so?

I believe the answer is that for ammonium nitrate to explode, it has to be detonated with a detonator or with some major explosion. And this raises the question, in the week of the Boston bombings, of some individual having placed such a detonator into the store of ammonium nitrate. And the establishment absolutely do not want to start that particular hare running.

So what about the health effects? Well the products of the explosion are oxygen, nitrogen and water. No problem there. But the fires associated with the explosion of part of the ammonium nitrate will convert the material into ammonia and nitric acid, which will have acute upper respiratory effects, choking, burning, etc. Not good. At lower temperature the material produces nitrous oxide, laughing gas, which has anaesthetic and hallucinogenic properties: might affect firemen. And ammonium nitrate itself, is weakly acidic in water (about pH 5) and so could also affect the respiratory system directly. Apart from that, there is no long term effect, no carcinogenicity, nothing like that.

Anyway, my question stands: why did we not hear about the explosive properties of ammonium nitrate?  Why were we steered away to something that could not have been the cause? I will return to the issue of science and truth in the media in later articles where I will address the whole area of how Science is used to justify Policy rather than to influence it.