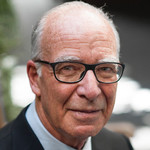 Gabriel Gorodetsky is Quondam Fellow of All Souls College, Oxford, and emeritus professor of history at Tel Aviv University. He has held visiting fellowships at St Antony’s College, Oxford, the Woodrow Wilson International Center for Scholars, Washington DC, the Institute for Advanced Study, Princeton and the Rockefeller Bellagio Research Center. In 2010 he received an honorary doctorate from the Russian State University for the Humanities in Moscow. Among his books are Stafford Cripps’ Mission to Moscow, 1940-1942 (1984), Russia between East and West: Russian Foreign Policy on the threshold of the 21st Century (2003), and Grand Delusion: Stalin and the German Invasion of Russia (1999).