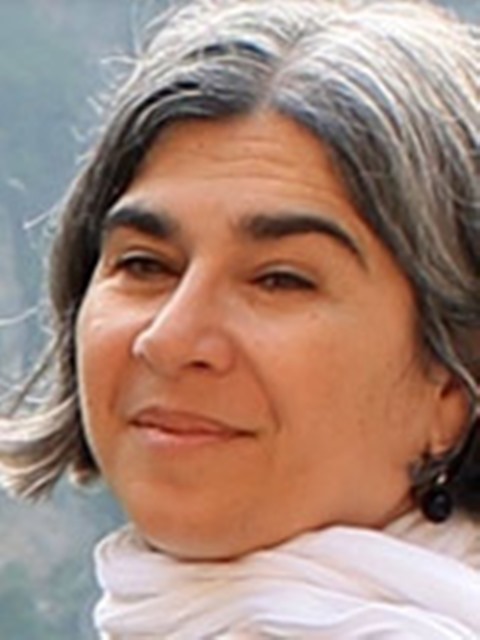 Sonia Mansour Robaey is a Middle East observer and analyst.

Sonia Mansour Robaey is a Middle East observer and analyst.

We don’t know what will come out of Geneva II, the US and Russian backed conference for a political solution to the Syrian crisis. But it is forcing rhetorical and diplomatic conversions upon those taking the road to Damascus.

In mid-May the Arab League made a surprising declaration. Two months after handing Syria’s seat at Doha to the opposition, League Chief Nabil el-‘Arabi explained that Syria’s seat was in fact vacant, that the opposition was in Doha at the invitation of Qatar, and that having failed to form a government, it was barred from attending League meetings.

Then Turkey. Erdogan’s fiery anti-Assad rhetoric, even accusing the Syrian regime of the Reyhanli attacks, gave way to reports rebels were arrested with Sarin gas in Turkey. In a country ranked low on press freedom, the absence of neither government confirmation nor refutation speaks volumes. Before the sarin story broke, the usually tight-lipped FM Davutoglu treated journalists to a session of bizarre intimate confessions on how he formed his judgement on Syria and Assad, as if he were coming to terms with the past, before the next leap of faith.

In Arabia, there was no soul searching. Patrons of the now discredited Syrian National Coalition turned. Qatar, smarting from its failure to engineer and broadcast Assad’s fall over its very own private TV channel, ceded its place to Saudi Arabia. The change of guard was reflected in the changing composition of the SNC, not easy as the SNC agrees only on one thing: wrestling power from Assad, and nothing else.

On one hand, Qatar, Saudi Arabia and Turkey’s intervention scenarios took the shape of “invisible armies” of extremists, disgruntled young men brainwashed by their imams, recruited from Syria and abroad and sent to fight against Bashar el-Assad. Qatar, driven by Libyan‘success’ euphoria was followed by Saudi Arabia in to leading the Syrian revolution.

Muslim Brotherhood cadres close to Qatar were so certain of toppling Assad that (before Erdogan cut ties with Assad in May 2011) they declared in Istanbul that Assad was not going to follow through on reforms and that Syrian protests would continue.

On the other hand, the U.S. cadre of pundits, politicians and leaders found itself stymied. They typically seek regime change through two complementary scenarios: achieving a state of revolution via compliant media and social media, which manufactures consent and lays the ground for intervention.

UNSC resolutions on Syria repeatedly stumbled on Chinese and Russian vetoes, excluding UN-sanctioned intervention. Syria’s strong air defence, as well as the ‘no boots on the ground’ pledge kept America at bay. Washington was left to lead from behind, endorsing and backing a Qatari scenario increasingly appearing as a first stage intervention whose only goal was to create chaos and give America’s and Israel’s hawks time to ponder options for a large scale intervention, while Syria burns.

But after two years of war, with the Syrian state apparatus still intact, the interventionists in Washington and Tel Aviv opted for a show of ‘force’, sending ‘Bomb -Iran’ McCain on a photo-mission to Syrian rebels who were revealed to be kidnappers of Lebanese citizens.

France and Britain, featuring inexperienced leaders atop sinking economies dependant on Gulf investments, enthusiastically endorsed Qatar’s violent scenario. By the end of the first year of the crisis external weapons and fighters were already flowing to Syria , with the help of all countries cited above, and without much coordination.

When, in his latest interview with Al-Manar TV, Assad outlined how the Syrian army shifted from defensive to offensive positions only when “Syrians understood developments on the ground”, he meant the popular backlash against the western supported Qatari scenario for Syria: destruction, looting, beheading, kidnappings, sectarianism, terrorist bombings. Syria was compared to Iraq, Lebanon, Afghanistan, Somalia while ordinary Syrians helplessly watched their country being stripped of its dignity by a foreign agenda supported by foreign fighters.

At this stage the opposition had no chance left of being ever able to rally the majority of Syrian Sunnis, let alone Syrians at large.

Throughout the first year of the crisis, from July-Dec 2012, the opposition attempted to engineer defections using Qatari money. Regular stories of high-level army and government defections were rolled out. The reality is none were important or game-changing, nor did they rally popular Syrian support.

In the face of abundant scenarios to topple him, Assad and his government focused on one: keeping Syria united and winning the Syrian people.

For over two years, the Syrian government and the army acted as one: the Baath stood behind Assad, who stood for the Baath. Reforms were enacted under the bombs, elections were held and a new constitution was approved. The army that everyone expected to disintegrate, was dispatched in a controlled manner, slowly adapting to a changing war terrain; first, in a defensive manner preserving its unity and its morale, then offensive when the destruction of Syria became too much to bear for Syrians.

At the same time, the government closed the information gap. Al-Jazeera, having lost credibility during the Libyan war, faced revulsion across the Arab world. Its activist ‘correspondents’ on the ground in Syria delivered news formatted for external consumption, feeding its owner’s propaganda and standing in formation with western govt information machines. The mainstream news outlets, from Al-Jazeera to CNN to the BBC to the ‘liberal’ press, led by The Guardian - who played on Syria the role New York Times played on Iraq - all relied on a handful of Syrian activists who manufactured Youtube videos for a wide international audience. But they created a contrary effect in Syria, where the mainstream media ‘war within’ narrative was exposed as divorced from reality, after Syrians turned to local information channels and saw the “developments on the ground” as they unravelled in Aleppo.

And this is key

The take over of Aleppo by rebels amounted to a national tragedy and was a turning point in the war. The fate of ‘Syria’s beating heart’, burned, pillaged and reduced to rubble, shocked Syrians from all sects, and they understood. The silent majority started to feel threatened by the revolution, increasingly expecting the government and the army to protect them. Syria’s allies, Iran and Hezbollah on the side of the resistance (by which I mean resistance to imperialist proxy politics breeding war and divisions across the Middle East) and Russia, diligently playing its comeback as a power on the regional scene - did not waver.

With the support of Syrians, the army went from defensive to offensive, and began accumulating hard fought successes – step by step – while the Qatari scenario; armed groups on the ground and fragmented opposition councils and coalitions, floundered.

Finally, Israel’s air raids on Syria forced the resistance axis’ hand. Targeted by both rebels and Israel, Hezbollah mobilised in response to a two-pronged attempt to ‘choke the resistance’. The Syrian army went on the offensive in Qusair, to the heart of the armed opposition, supported by Hezbollah. That offensive turn wasn’t possible without Syrians developing an understanding of “developments on the ground” and “confidence in victory”.

For Hezbollah, who surprised everybody by opening up about their involvement in Qusair, the cost of this involvement, on the Lebanese scene, is to be offset by the benefits of a decisive victory.

The road to Damascus and Geneva II: resistance and co-existence

Geneva II comes with a major shift in the Syrian crisis timeline. After two years of violence, the revolution is running out of steam. The opposition, faced with defeat, is in disarray as its core assumptions are exposed as falsehoods.

There are challenges to regime-change in Syria that should be considered in Geneva II and that should be considered by the opposition, if it attends. The first is the resistance: geo-strategically, Syria is the heart of the resistance which would not let itself be choked and vanquished. There will always be resistance as long as foreign meddling produces injustice after injustice, the most enduring of which is Palestine. The Syrian opposition in exile was doomed from day one because it thought it could belligerently do away with Syria’s allies in the resistance.

The second challenge is demographic: peaceful co-existence of religions in Syria is key to political stability. This is true, not only for Syria, but for the whole Levant. Any end to peaceful religious co-existence in the Levant will produce decades of political instability no matter who is in charge. Syrians inside Syria, and the people of the Levant in general, know very well the equation for co-existence.

There are strong indications that the Muslim Brotherhood instigators of the Syrian revolution ignored other sects because they falsely believed the time for their Agenda had come for Syria, not because Syria was ready, but because the so-called Arab Spring had brought Islamists to power in Tunisia, Egypt and Libya. Al-Jazeera and the infamous Qaradawi framed the revolution in sectarian terms from the beginning; Qaradawi incited Sunnis to topple Assad, a “prisoner of his own religion” on the Qatari channel, trapping the revolution in sectarian rhetoric.

This rhetoric was rejected by Syrians, including the majority of Sunnis, who are used to co-existence. And it was from this rejected sectarianism that the violence was imposed – against a popular momentum for peaceful change.

For a solution to emerge in Geneva II, sectarianism and any pro-western agenda must be rejected in favour of resistance and co-existence, where sects are assured of a future and the resistance is given air to breath.

For this reason, the current Saudi-Qatari-US sponsored opposition is irrelevant to the future of a peaceful Syria. Not only it has no popular basis in the country but it has also failed to recognize that contemporary Syrian society’s core value-system is based on resistance and co-existence.

Whatever appeasement and assurances the opposition offered Syria’s sects and the resistance - and they were really few -, have been nullified by the company it keeps and by the actions of the armed groups it endorses on the ground.

The attempt at rapid and violent regime change in Syria has failed because of them.

Geneva II comes at an opportune moment. Expect more conversions on the road to Damascus.

Sonia Mansour Robaey is a neuroscientist who teaches Philosophy and Ethics. She tweets on the Levant at @les_politiques and on Ethics and Philosophy at @SoniaMRobaey