Role over: Crisis of masculinity leaves no place for men in a progressive society 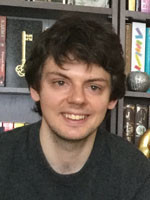 Tomasz Pierscionek
is a medical doctor and social commentator on medicine, science, and technology. He was previously on the board of the charity Medact and is editor of the London Progressive Journal.
Get short URL
©  Getty Images / stanislavgusev
Follow RT on

What does it take to be a man in modern Western society, where tolerance of all things liberal exists alongside antagonism to ideas deemed incompatible with the progressive order? What identity can men maintain in this world?

Being a gentleman and displaying chivalry – opening doors for women or giving up your seat on the underground – might find you accused of conforming to a traditional gender stereotype, while displaying boisterous behavior and telling politically incorrect jokes over a few drinks might find you denounced as part of the patriarchy. Being the stoical tough guy might result in a charge of toxic masculinity and being deemed out of touch with your emotions, while playing the sensitive nice guy who takes the sins of his gender (past and present) unto himself may not win the respect of females in the long run. Ultimately, would even the most ardent feminist want a man emasculated of all his traits, both good and bad?

As I have written previously, “While it is true that straight white men (as a group) have faced less obstacles than females, non-straight men or ethnic minorities, the majority of straight white men, past and present, also struggle to survive from paycheck to paycheck…”

In developed and affluent countries, the differences or privileges that exist between classes are far greater than those that exist between men and women from the same class. Thus being told to ‘check your privilege’ or accept a portion of guilt by virtue of unwittingly being born into the patriarchy seems like a rather abstract concept to most working-class guys.

Certainly, there are ‘privileges’ that men have which need to be checked. Some of these include a reduced life expectancy and a higher rate of suicide compared to women.

In the past, working-class men had stable jobs that allowed them to support families. The loss of stable employment and its replacement with low-paid, insecure work chipped away at male identity, self-esteem, and a sense of pride. The void remains unfilled. The question of male identity is as much a class issue as one of gender politics.

Guidelines published recently by the American Psychological Association (APA) warn about traits associated with traditional masculinity that are largely deemed harmful, such as “stoicism, competitiveness, dominance and aggression.” Yet, these traits are a double-edged sword that at certain times in history played a necessary role and a psychologist who helped draft the guidelines acknowledging that in certain circumstances, traits like stoicism and self-sacrifice can be absolutely crucial.

For instance, a lack of such traits would have been disastrous whilst hunting wild beasts in the Paleolithic era, or during the Normandy landings and battles on the Eastern Front in WWII. While it is certainly true that men should be encouraged to discuss issues related to mental health and should not feel that they need to suppress their emotions all the time, it needs to be accepted that many men think and communicate their feelings differently to the ways in which women do.

Men may be deemed to have a desire to protect and be less willing to talk about feelings, while women might be considered more in touch with their feelings but at times too emotional.

Regardless of your perspective, avoiding a discussion about these differences and seeking to ignore, suppress or force them to converge on a middle ground is not an answer. It is important to acknowledge that there are clear and vital differences in the way in which men and women act, think, and communicate. Both men and women have their fair share of positive and negative traits. Differences are not necessarily deficiencies and should be valued as equal and complementary where possible. This will not be feasible by pushing towards a gender neutrality that seeks to obscure rather than acknowledge these differences.

Also on rt.com Toxic femininity: ‘Badass’ US women demand right to torture and kill for Empire… just like men

So, what is the way forward for men? Do we adapt to the role set out for us by others or fall back into the familiar comforts of certain unhelpful and negative traits?

We are caught between an increased feminization of society and a dilution of our identity, as well as a regressive and destructive misogyny which springs up to fill this void. Worse still, the tribalism of gender, exacerbated by fanatics on both sides, prevents unity amongst two groups of people who share more similarities than differences.

Around a century ago, German Marxist Clara Zetkin critiqued the bourgeois feminism of her day and came to the conclusion that“the proletarian woman fights hand in hand with the man of her class against capitalist society.” Be it in class struggle or daily life, both men and women need each other; neither gender can fully thrive without the other.