Can President-elect Lopez Obrador pull Mexico out of slumber? 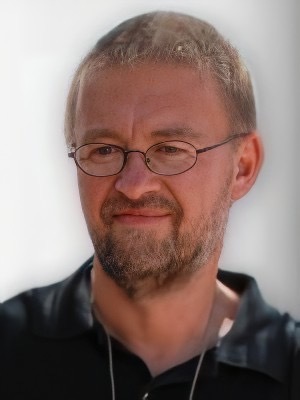 After decades of stagnation, corruption and deadly dependency on the United States, Andres Manuel Lopez Obrador is considered by many ordinary people, as well as by intellectuals, to be the last chance for Mexico.

Two important news developments are circulating all over North America: US President Donald Trump will not attend the inauguration of the Mexican left-wing President elect Andres Manuel Lopez Obrador (AMLO). And yes, despite all tensions and disagreements, the new deal to replace NAFTA has been reached. It is called the USMCA – the US-Mexico-Canada Agreement.

Paradoxically, if Obrador is to fulfill at least half of his electoral promises, it would inevitably lead to a clash between Mexico and both the United States and Canada. The US absorbs around 80 percent of Mexican exports. Various Mexican intellectuals believe that their country was, until now, nothing more than a colony of their 'big brother' in the north. Canadian mining companies are brutally exploiting Mexico's natural resources, and united with local politicians and paramilitaries, are tormenting almost defenseless native people.

After decades of inertia and decay, Mexico is ready for dramatic, essential change which, many argue, will this time not arrive under red banners and through revolutionary songs, but with the carefully calculated, precise moves of a chess player.

Only a genius can break, without terrible casualties, the deadly embrace of the United States. And many believe that President-elect Obrador is precisely such leader.

'Not a poker player, but a chess player'

Mexico is in a 'bad mood', despite the victory of a left-wing leader. Decades of stagnation, corruption and deadly dependency on the US, have had an extremely negative impact on the nation.

"This has been a long time coming. Throughout Latin America there has been great transformation, except in Mexico. Mexico has been the same since 1946 since PRI was created… Education, healthcare, serious commitment to social system, infrastructure; he promises to improve all this… in terms of working-class population, he expresses great interest in the union democracy, which could be a true vehicle of revolution … unions could be used to create democratic participation in the country."

We both agree that Obrador is not Fidel, or Chavez. He is pragmatic and he knows how dangerous the proximity of Mexico to the US is. Governments get overthrown from the north, and entire socialist systems get derailed, or liquidated.

Professor Ackerman points out:"Obrador is not a poker player, like Trump; Obrador is a chess player."

He is extremely well informed; on his own and through his wife, an accomplished Mexican academic from a prominent left-wing family, Irma Sandoval-Ballesteros. She will soon become Minister of Public Administration in the Obrador administration, which means she will fight against endemic Mexican corruption. This will be, no doubt, one of the toughest jobs in the country.

Among the Organization for Economic Co-operation and Development (OECD) member countries Mexico has the second highest degree of economic disparity between the extremely poor and extremely rich. According to the government, about 53.4 million of Mexico's 122 million people were poor in 2016.

Crime is out of control, and so is corruption. According to Seguridad Justicia y Paz, a citizen watch dog NGO in Mexico, five out of ten cities with the highest homicide rates in the world are located in Mexico: Los Cabos (1), Acapulco (3), Tijuana (5), La Paz (6), and Ciudad Victoria (8).

Some 460,000 children have been recruited by the drug rings in Mexico, according to the incoming Minister of Public Security of the Obrador government. As bodies are piling up and insecurity grows (recently, at least 100 dead bodies have been found in the state of Jalisco), the Mexican police continues to be hopelessly corrupt and inefficient.

It is all elegance and style at one of an old hacienda, lost in time in the middle of jungle, in the State of Yucatan. Some twenty years ago I used to live very near this place, working on my novel, in self-imposed-exile. Even then, Yucatan was poor, conservative, and traditional. But there was pride and dignity even in the poorest of the villages.

Things changed dramatically, and not for the better. Now naked misery is everywhere. Just two kilometers from the hacienda, Temozon, traditional rural houses have holes in the roofs, and many dwellings have already been abandoned. People are not starving; not yet, but that is mainly due to the fact that in Yucatan, there is still a great sense of community and solidarity.

Don Alfredo Lopez Cham lives in a village of Sihunchen. Half of the roof of his house is missing. He is blind in one eye. He is dirt poor. I asked him how things have been here, since I left. He just nodded his head, in despair:
"You just saw my house, there… You can imagine how it is…I cannot fix anything. For years I did not have any work. And now I am old."

Senora Consuelo Rodriguez, his neighbor, jumps in. She is an outspoken, tough but good-hearted matron, always surrounded by a flock of chickens:

"Look, he has really nothing! Here, we are trying to help those in need, but ourselves we have close to nothing. Few years ago, the government sent some people to help to fix our houses, but they never came back again."

In theory, Mexico has free education and health care, but in practice, it is just for those who hold government or good private jobs. President-elect AMLO  is promising to fix all that, but people all over the country are skeptical, including Senora Consuela.

"If we get sick, we have to pay, unless we have insurance from our work. And most of us, here, don't have any steady job."

Do people here have faith in the new government? She shrugs her shoulders: "We will see."

This is what I hear everywhere, from coast to coast of this enormous and potentially rich country, which is the 15th largest economy in the world. There is very little enthusiasm: the majority of people adopted a 'wait and see strategy'.

Don Rudy Alvarez who has worked for more than 20 years at one of the luxury hotels in Yucatan, is only cautiously optimistic about the future. "Even we who have permanent jobs at the multi-national establishments, cannot dream very big. I can feed my family well, and I can send one son to study law at the university. But no bigger dreams. My family would never be able to afford a car or any other luxury. We hope that Obrador (AMLO) will change things. Here, many people feel that Yucatan has been sold to tourists as the 'Mayan Disneyland', with very little respect for our culture."

Mexico is the second most visited country in the Western hemisphere, right after the United States. But income from tourism very rarely brings a better life for local people.

Crime and drug wars are far from being the only concerns. In the center of the indigenous and historic city of Oaxaca, the armed forces are blocking the entrance to the Governor's Palace. Why? The graffiti protesting against disappearances and extrajudicial killings of the activists, as well as forced evictions of indigenous people by the multinational companies.

Ms. Lisetta, who lives with many others, as a protest, in a tent right in front of the palace, explained: "For 9 years we have no home. Paramilitaries and the government forces came and threw us out of our dwellings, in San Juan Copala. Some people were killed, women raped, many disappeared. We are here to demand justice." She showed me her bruises.

"Recently, police came, broke my cell phone, and then injured my arm…"

At the Center of Photography Manuel Alvarez Bravoin Oaxaca, Mr. Leo (who only gave his first name), confirmed: "It is terrible what happened to those people. Imagine that you are at home, and suddenly someone comes, with armed forces, and kicks you out. But in Mexico it's normal, and not only in this area. Multinational companies, particularly Canadian ones, are controlling around 80 percent of the mining in this country. People, particularly indigenous ones, are treated brutally. Mexico suffered terribly from the Spanish colonialism, but it often feels that things didn't change much. We are not in full control of our country!"

And the new administration of Obrador? Leo and his colleagues are only moderately optimistic.

"We are not sure he would dare to touch essential problems: the dependency of this country on the North, and the horrendous disparities between the rich and poor, between the descendants of the Europeans and the majority, which consists of the indigenous people. Until now you can see it everywhere: Westerners and their companies come and do what they want, while the native people are left with nothing."

But many others remain hopeful. AMLO's left-wing Moreno Party will soon govern in a coalition with PT (Partido del Trabajo) and the conservative Social Encounter Party. It is unlikely that Mexico will follow the path of Cuba or Venezuela, but the Bolivian model is very likely. It could be a silent revolution, a change based on an extremely progressive and truly socialist constitution of the country, remarkably dating back to 1916.

A Mexican academic, Dr. Ignacio Castuera who teaches at Claremont University in California, explains: "I believe Obrador has to bring several factions together to implement some of what he wants to achieve. No individual alone can solve the problems of a nation. I hope many rally around him, if that happens then significant changes can be brought about. The long shadow of the US policies and corporations will continue to exert major influence."

In Tijuana I witness absolute misery, I visit multinational maquiladoras that pay only an equivalent of $55 USD per week to their workers, I manage to enter gangland, and I see how the US is building a depressing wall between two countries.

I spend hours listening to stories of Sra. Leticia, who lives just one meter away from the wall.

"They are cutting across our land, and it harms many creatures who live here. It also prevents water from circulating freely."

"All this used to be Mexico. North Americans had stolen several states from us. Now they are building this wall. I visited their country on several occasions. And let me tell you: despite all our problems, I like where I am, at this side!"

Then, late at night, I listen to a man who knows his country from north to south, from east to west. We are sitting in a small café; sirens are howling nearby, another murder has just taken place. He faces me squarely and speaks slowly:

"Mexico has its back against the wall. This situation cannot continue. This is our last chance – Andrés Manuel López Obrador. We will rally behind him, we will help him. If he delivers what he promises, great; then Mexico will change and prosper. If not, I am afraid that our people will have no other choice but to take up arms."