Libya: New Gaddafi figure waits in the wings but says he has 'no time for democracy' 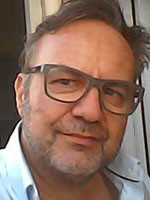 Martin Jay
Martin Jay is an award winning British journalist now based in Beirut who works on a freelance basis for a number of respected British newspapers as well as previously Al Jazeera and Deutsche Welle TV. Before Lebanon, he has worked in Africa and Europe for CNN, Euronews, CNBC, BBC, Sunday Times and Reuters. Follow him on Twitter @MartinRJay
Get short URL
Khalifa Haftar © Esam Omran Al-Fetori © Reuters
Follow RT on

In Libya, a dominant military figure stands out as a possible new leader of a unified country – that is, of course, if he wins at the polls – or even if he doesn’t. But can the UN or the West even organize an election?

Some seven months have passed since Libya’s two rival leaders met with the newly elected French President Emmanuel Macron in Paris. One is Fayez al-Sarraj, prime minister of the Government of National Accord, who lives in Tripoli and is supported by the UN and the West.

The other, Khalifa Haftar, is a military commander who controls Benghazi and can take credit for crushing Al Qaeda. The West considers him a maverick military type, however, who has little time for the tedious travails of diplomacy or democracy.

Can efforts by Macron and Russia’s Foreign Minister Sergey Lavrov find a tangible solution in the war-torn country, which is crudely split into two regions? Or is the despondent reaction of UN negotiators in a confidential report a recent indication that the West is in a quandary over Khalifa Haftar?

Some would argue that the 75-year-old field marshal is a product of the West, having arrived in Libya to topple Gaddafi after an exile in the US. He initially fought alongside Al Qaeda forces, but subsequently killed many in more recent years.

Still, Western powers are concerned that backing such a figure could have grave consequences in a country that is already such a catastrophic failure of Western intervention, with sex slavery and arms sales now rife after a UN mandate went so spectacularly awry.

Analysts are still dismayed by Khalifa Haftar’s coup de theatre last September, when he showed up at talks in Tunis with armed men in blatant disregard for a UN weapons embargo. A foreign envoy, quoted by Reuters, later said what might be read in years to come as a chilling eulogy for Libya: “He accepts elections as an acceptable way [to run], provided he will be the winner.”

What an endorsement for a leader who was once one of Gaddafi’s closest confidants.

On the seventh anniversary of the beleaguered UN decision to support Gaddafi’s opponents, which ultimately became a clumsy Western-backed coup d’etat ending in the colonel’s brutal murder, analysts will be watching Haftar like a hawk, wondering when his patience will expire.

“Not a convinced democrat”

On his side, Haftar has a coalition of regular army (Libyan National Army, LNA) soldiers and militias totaling around 35,000 personnel, and he controls the bulk of the country’s oil fields, as well as the eastern-based parliament. But is it enough to wield against UN-backed Prime Minister of the Libyan Government of National Accord Fayez al-Sarraj? In Tripoli, where power is still rooted, Sarraj controls the central bank, a deep-water port, and the national oil company.

Haftar is an old man with little patience, however, and time is running out. His own aides told a German fringe media outlet last year that he is ready to move militarily on Tripoli.

So where’s the delay? What’s holding Haftar back?

According to Reuters just this week though, diplomats suggest that the promise of national polls could delay Haftar’s advance. It is not clear how they can be held, however, with a lack of a unifying candidate or updated election laws.

It is also possible that his backers – the UAE and Egypt – are the steady hand on Haftar’s radical plans, as neither country has an appetite for a proxy war in Libya. Russia, which prefers him to Sarraj, will also be reluctant to back him in a military campaign.

Some geopolitical experts believe his self-styled LNA is not strong enough for any such campaign. “With fewer than 25,000 troops, the LNA is neither mobile, cohesive nor powerful enough to embark upon such an open-ended undertaking” argues Jalel Harchaoui, who teaches geopolitics at the Universite de Versailles and Universite Paris-Est.

Haftar may well be humoring his sponsors and the UN by going through the motions of elections before going ahead with his plan to take Tripoli and total control of Libya. Taking Tripoli and keeping Tripoli would be two different things, however. If the incumbent Sarraj is dethroned, it would put the UN and the West in an even more difficult position than it is in today.

It’s not just about East meets West. Blowback from the West’s support of ISIS to overthrow Gaddafi in Tripoli will inevitably increase – just as it surfaced in the form of the Manchester concert bombing, which was carried out by a young Brit who fought with ISIS in Tripoli with the tacit approval of the UK security services.

The new resistance against Haftar may well involve Islamic extremists, as there are still many left who his own forces did not kill off; as well as disgruntled Salafists within his own ranks, who have resorted to infighting.

France, Britain and the US may well be pushed into a position where they will be left with a difficult decision. They could support him, as he would ensure the production of one billion barrels a day of oil is sustained; or, like in Syria, they could support opposition groups (including extremists) because they see a new Gaddafi taking over Libya as millions drown in rivers of blood.

Wholesale human-rights violations are certainly likely to dominate the media landscape under such a brutal dictator, who allegedly uses ISIS-type executions against his enemies. Haftar rose to prominence through a botched Western intervention that left Libya, according to a recent report, as the largest wholesale arms vendor in the entire world. Al Qaeda and ISIS are its main clients outside of the country.

If he takes the place of Gaddafi as a result of Western diplomacy failing and Trump deciding that Haftar is the new “mad dog” (as Reagan called Gaddafi in 1986), then extremist groups in Libya will no doubt be supported once again to oust an unruly Libyan leader who the West struggles to either understand or control.