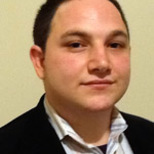 Get short URL
Russia's President Vladimir Putin speaks at a news conference at the end of the G20 summit in Brisbane November 16, 2014.(Reuters / Mikhail Klimentyev) © Reuters
Follow RT on

The Western and Kiev governments’ commitment to resolve the Ukrainian conflict exists only in words, while their policies are aimed at the escalation of the crisis as the Minsk agreements are not respected, geopolitical analyst Eric Draitser told RT.

RT:President Putinsaidat the G20 summit that the interests of all the people in Ukraine should be taken into account when solving the crisis. Is that happening?

Eric Draitser: Certainly that’s precisely the position that needs to be taken, those are the nice-sounding words that we hear publicly and we hear all sides seemingly agreeing with that in concept. And yet, the government in Kiev – the US-sponsored, the Western-sponsored government in Kiev – is now not only continuing to engage in an illegal war that it calls the “anti-terrorist operation,” but it is now violating the human rights of the people of East Ukraine, suspending human rights protections which are nearly universally recognized around the world. They have imposed an economic blockade. So it’s foolishness to argue whether or not Ukraine is respecting the rights of the people in the east or whether or not they are interested in a subsequent dialogue. If they were interested in a subsequent dialogue, they would stick to the protocols of the agreement that was reached in Minsk. They would honor their commitments to move towards a peaceful settlement, they would not have suspended the special status for the eastern regions of Donetsk and Lugansk. So really the Ukrainian authorities and their patrons in the West can talk a big game all they want, but the reality is that their moves on the ground, their political machinations, all point to a continuation of this war and an escalation of the crisis – precisely the opposite of the rhetoric.

RT:President Putin also said bilateral talks at the summit were very honest and helped mutual understanding of the crisis. Can we expect more progress with the peace efforts now?

ED: Certainly Putin has an obligation to speak in that way and to present as much of an optimistic position as possible, but I would venture to guess that behind closed doors the Russian government and President Putin himself are far more realistic and far more skeptical of the true aims and objectives of the Ukrainian authorities.

RT:What are the true aims and objectives of the Ukrainian authorities then?

ED: To expand the war, to continue their aggression against Donetsk and Lugansk and to try to achieve militarily what cannot be achieved politically and that is the re-integration of these territories into Ukraine. They are for all intents and purposes lost to Ukraine because of the actions taken by the extremist government in Kiev. Remember, this is a government that came to power illegally and is prosecuting an illegal war after having disenfranchised politically the entire eastern portion of the country. So to sit and say that somehow Kiev is a true partner for peace in this process is really farce in the face of the facts.

RT:Putin stressed at the summit that volatility in the world would not last if there is mutual respect for different interests. Who was that message aimed at?

ED: Certainly at the US. Russia understands that the US sees it as a secondary player, that Russia should accept the dictates of the West and the US. When Putin talks about mutual respect and mutual understanding, what he really means is that the principles, goals and the ideals of Russia be taken into account, that the Russian prospective be part of a broader strategy rather than making Russia the villain, making Putin into some bogeyman, and making Russia into an obstacle to peace rather than a partner.

RT:He also hit out at some Western media for fueling tensions. Does he have a point?

ED: We see here in the US every single day, we saw it in the aftermath of the MH17; we saw it in the aftermath of nearly every significant event in Ukraine. Putin is made into some kind of reincarnation of Hitler or Stalin, or whomever you like. The reality is that Putin presents an obstacle to the US and to the Western agenda in Ukraine and in the former Soviet space generally, and that is why Putin is made into a villain. The truth is that people around the world see Putin as a realist, not as an aggressor, not as an avenger or a person with imperial ambitions. Rather Putin is the one who is standing for the international law, and quite frankly, it seems objectively true.