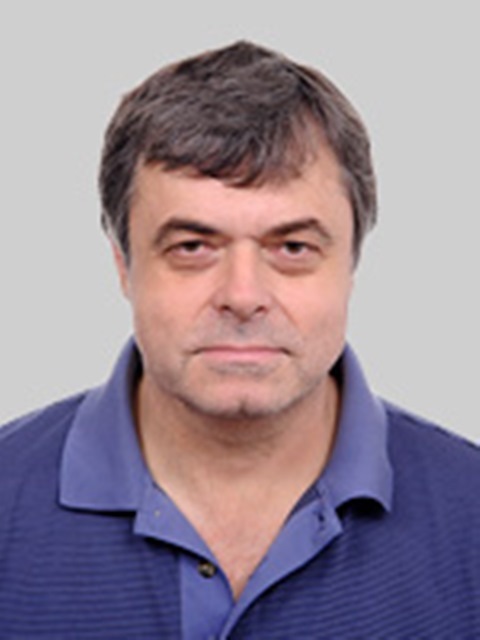 Sergey Strokan is a journalist, essayist and a poet. He is also a political commentator with Russia's “Kommersant” Publishing House. Mr. Strokan hosts “Red Line”, a weekly analytical program broadcast by The Voice of Russia in New York City. He is the author of three poetry collections, a winner of the Maximilian Voloshin International Literary Award (2010) and a member of Union of Russian Writers.

Sergey Strokan is a journalist, essayist and a poet. He is also a political commentator with Russia's “Kommersant” Publishing House. Mr. Strokan hosts “Red Line”, a weekly analytical program broadcast by The Voice of Russia in New York City. He is the author of three poetry collections, a winner of the Maximilian Voloshin International Literary Award (2010) and a member of Union of Russian Writers.

As the much-awaited meeting between Presidents Obama and Putin on the sidelines of the June G8 Summit nears, both sides are sending ambivalent, if not conflicting signals over the outcome, seen as another defining moment in turbulent US-Russia relations.

Fresh rounds of diplomacy between a beaming State Secretary Kerry and Russia’s Foreign Minister Sergey Lavrov, posing to the cameras in Moscow and Stockholm, are probably set to create an impression that after this winter's unprecedented chill (remember the hysteria over the notorious Magnitsky Act and the Dima Yakovlev Law?) bilateral relations are back on track. Or, at least, have left behind their lowest point in years.

Last week's Moscow-Washington agreement to facilitate political dialogue between the Assad regime and rebels, and to throw the two great powers’ weight behind the idea of an international conference on Syria, is followed by joint US-Russia efforts taken this week in Sweden under the framework of The Arctic Council.

Another Kerry-Lavrov tango in Stockholm – the second in less than a week - is to ensure that the continent sealed with ice, “the global Klondike of the 21-st century”, incredibly rich in mineral resources, remains not an area of a great powers’ rivalry, but a zone of peace, cooperation and sustainable development.

However, the rosy picture of patching up wounds of the past seems too good to be true. There is also an alternative string of events and news breaking stories, which can be interpreted as a manifestation of quite an opposite tendency - a fresh sign of stalemate, if not growing unease and frustration in the already troubled US-Russia partnership.

The best illustration of the dubious nature of US-Russia relations at this point is probably a new scandal with CIA spy Ryan Christopher Fogle, detained in Moscow this Tuesday, who was working in the capacity of the third secretary of the Political Section of the American embassy. The story of Mr. Fogle who allegedly failed to recruit an FSB officer while using spy equipment, packs of dollars and items designed to change a person’s appearance resembles the plots of the masters of international intrigue and espionage - Le Carre and Daniel Silva with his recent bestseller “Moscow Rules”, describing current uneasy relations between former global arch-foes.

No doubt, that the new spy scandal has broken out at an extremely inappropriate moment for both sides – just four weeks before Obama-Putin meet in Northern Ireland and only a month after President Obama’s national security advisor Tom Donylon’s visit to Moscow with a personal letter from Barack Obama to Vladimir Putin.

As a follow-up to Obama’s initiative, it is reported that Nikolay Patryshev, Secretary of Russia’s Security Council is due to visit Washington early next week to deliver President Putin’s personal letter to Mr. Obama. According to media leaks, the text of Putin’s letter is not yet approved with last-minute changes still being made to catch up with the most recent developments, some of them quite dramatic.

So, all in all, it looks like the pendulum in US-Russia relations is moving wildly from one side to another. No surprise, that flicking through morning news channels you never know whether you'll learn of “a new breakthrough” or a “new break-up”. The diplomatic merry-go-round is accelerating and who stands to win most of all is the army of political pundits and fast pens both in Moscow and Washington. Everyone is free to build their own theories out of the conflicting events, interpreting them the way they wish ( or the way they're expected to interpret it to please meticulous diplomats and vigilant policy-makers).

US-Russia relations remain that notorious glass which is half-full. So, it is up to presidents Obama and Putin either to fill the glass to make it full or to empty it, if basic misunderstandings and scandals like a spy story and disagreements on ABM (missile systems) and Syria cripple the efforts to spell out a positive agenda and translate it into reality.

To the utter disappointment of the global auditorium of America-haters, President Putin has not written off his strategic partnership with President Obama. But Obama will have to do more homework to ease Russia’s deep-rooted mistrust and suspicion.

And finally, both sides have to remember that the glass is not only half-full, it is also fragile and easily broken.

So it has to be carried with care.