Behind the Saudi crack-up 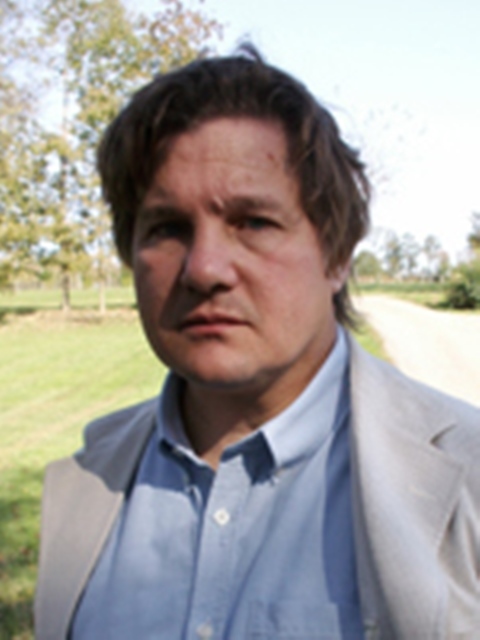 Daniel McAdams is Executive Director of the Ron Paul Institute for Peace and Prosperity. He served as foreign affairs advisor to US Congressman Ron Paul (R-Texas) from 2001 until Dr. Paul’s retirement at the end of 2012. From 1993-1999 he worked as a journalist based in Budapest, Hungary, including as editorial page editor of the Budapest Sun. He also served as special rapporteur for the British Helsinki Human Rights Group while based in Europe, monitoring human rights and elections on the ground in various contentious states, including Albania during the 1996-1998 civil unrest, Montenegro, Georgia, Armenia, Belarus, Croatia, and Slovakia. He was a Phillips Foundation Journalism Fellow (1998-2000) and an American Swiss Foundation “Young Leader” (2006).

Daniel McAdams is Executive Director of the Ron Paul Institute for Peace and Prosperity. He served as foreign affairs advisor to US Congressman Ron Paul (R-Texas) from 2001 until Dr. Paul’s retirement at the end of 2012. From 1993-1999 he worked as a journalist based in Budapest, Hungary, including as editorial page editor of the Budapest Sun. He also served as special rapporteur for the British Helsinki Human Rights Group while based in Europe, monitoring human rights and elections on the ground in various contentious states, including Albania during the 1996-1998 civil unrest, Montenegro, Georgia, Armenia, Belarus, Croatia, and Slovakia. He was a Phillips Foundation Journalism Fellow (1998-2000) and an American Swiss Foundation “Young Leader” (2006).

It was a great scene even if only apocryphal: There sat Saudi intelligence chief Bandar bin Sultan in Moscow, like Mephistopheles, cooing seductively at President Putin about Russian/Saudi “shared values,” looking to make a deal.

He offered that if only Russia would back away from its support of Assad in Syria, Saudi Arabia would go on a Russian military gear spending spree, Russia would be granted a larger role in Middle Eastern affairs, and even Saudi-controlled jihadists in the Caucuses would be put on a leash for the duration of the Winter Olympic games in Sochi.

Putin was said to have laughed off the temptation.

The story was so dramatic you almost wanted it to be true, and perhaps elements of it were. But after a week of hanging it out there to titillate, a Putin aide quashed it, insisting that the discussion between bin Sultan and Putin was only on “philosophical” matters.

Nevertheless elements of the original reporting seemed almost prescient. According to the “diplomatic sources” cited in the first report, Bandar bin Sultan warned Putin that the situation on the ground in Syria was soon to change dramatically. The only solution in Syria was a military one, as the opposition could never be brought to the negotiating table. Any future “Geneva” conferences would be stillborn and this was Russia’s last chance to get on the regime change train before it left the station.

Lo and behold, just three weeks later, on 21 August, a chemical attack in the Damascus suburb of Ghouta pushed the US and its allies to the brink of an attack on Syria. The situation on the ground had indeed changed and the Obama Administration was poised for a military strike.

Citing questionable phone intercepts provided by third party intelligence services (reportedly Israel), the US immediately blamed the Assad government for the attack. The compliant media in the US dutifully repeated the administration’s claims with little skepticism.

Despite Secretary of State John Kerry’s emotional advice that anyone doubting US claims about the attack should “check their conscience and their own moral compass,” little or no evidence was presented to back the US assertion that the Syrian government was responsible.

A key US claim was that only the Syrian government could have launched the chemicals because “none of the opposition has the weapons or capacity” to carry it out, as Kerry put it. We learned this week that this was as flimsy as the other “evidence” presented: the Organization for the Prohibition of Chemical Weapons (OPCW) inspectors currently in Syria have requested access to chemical weapons sites controlled by the opposition.

Was this Ghouta gas attack a Saudi plan in action? The Voice of Russia earlier this month reported that a covert “black ops” group was sent by Saudi Arabia into Syria via Jordan to set off what it called the “provocation.” Clearly it made little sense for the Syrian government to launch a massive chemical attack just as UN inspectors arrived – at Assad’s request – to investigate previous gas attacks it blamed on the insurgents.

Whatever the case, the Russian-brokered deal for Syria to agree to destroy its chemical weapons in exchange for a stay of execution on the US attack has changed the calculus in the region. The Saudis have reacted with a series of surprising, almost North Korean-like, moves to attract US attention. First, last week after much lobbying, Saudi Arabia was elected to a non-permanent seat on the UN Security Council. Then out of the blue it refused to take its seat on the Council – to send “a message for the US, not the UN,” said none other than Bandar bin Sultan.

A few days later former intelligence chief Prince Turki al-Faisal expressed “a high level of disappointment in the US government’s dealings,” particularly on Syria and Palestine, and promised to downgrade relations with the United States. Saudi Arabia is reportedly furious over the lack of a US attack on Syria and insufficient military support for the jihadists fighting to overthrow the Assad government.

What is behind this Saudi crack-up? Frustration and desperation, perhaps. A hubristic plan to remake the Middle East via bottomless bank accounts has come (temporarily) crashing to earth. Saudi Arabia has little military, few Arab friends, and a suddenly reduced influence in the region. But the Saudis, like their allies in US and Israeli neoconservative circles, do not give up easy.

With the chemical weapons removal in Syria progressing more rapidly than anyone expected – and with it the end of Syria’s strategic deterrent – might we expect a new US/Saudi/Israeli push to arm the insurgents and “finish” the job? It is clear that regime change is still the only item on the US menu, even as Kerry praised the Assad government for its compliance with the chemical weapons destruction timeline. Kerry still believes that the US has the right to determine who will govern Syria, stating as Assad hinted of another presidential run:

“If he thinks he's going to solve problems by running for re-election I can say to him, I think with certainty, this war will not end as long as that's the case or he [Assad] is there."

Bandar bin Sultan is right about one thing: though the US has bankrolled the insurgents in Syria for more than two years and though it claims to be able to distinguish a democratic freedom fighter from a radical jihadist, it has little or no influence over any of its beneficiaries in Syria. One by one, the “moderate” insurgents pledge loyalty to Al-Qaeda and one by one they scoff at the pleas of their benefactor to come to the negotiating table. The US has no influence over these fighters, but still claims to be able to pick a good rebel over a bad one.

Stay tuned for the next chapter…Mephistopheles may ride again.